Mercedes and Rivian to jointly build e-vans in Europe 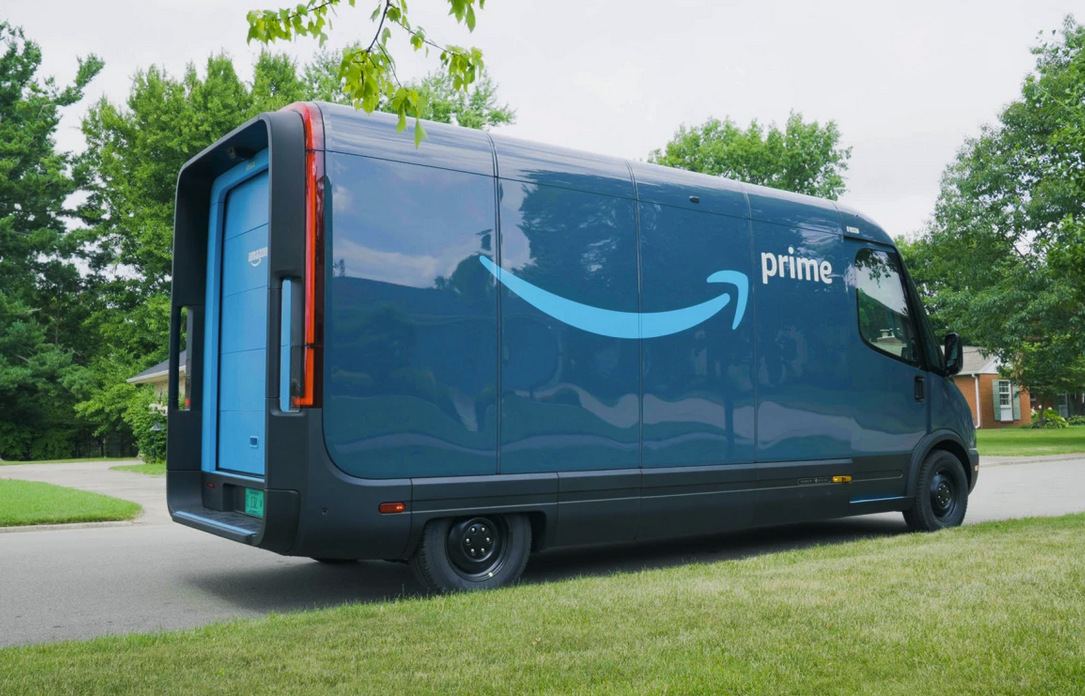 Currently Rivian is building e-vans it co-developed with Amazon, which is a major shareholder who ordered 100 000 vans by 2030 /Amazon

By the middle of this decade, Mercedes-Benz Vans stated that all newly introduced vans would be electric only. And looking beyond that date, it will build large electric vans in Europe together with American startup Rivian. For this, both companies signed a Memorandum of Understanding (MoU) and will set up a 50/50 joint venture for a brand new factory.

The planned joint venture will produce bespoke large electric vans for Mercedes-Benz and Rivian, and ‘further options for increased synergies’ aren’t excluded, both parties say. Production would start ‘within a few years’, at an all-new electric-only production facility as an extension of an existing Mercedes plant in Central/Eastern Europe, probably Hungary.

The goal is to produce two large vans, one based on Mercedes-Benz’s electric platform VAN.EA (MB Vans Electric Architecture), and the other based on the second generation electric build on the Rivian Light Van (RLV) platform.

Further details on the joint-venture weren’t released, but news agency Bloomberg thinks the best bet for the new factory is in Hungary, in Kecskemet, where Mercedes opened in 2012 a plant to produce A-Class, B-Class, and C-Class models. While the German carmaker announced reducing the production of the entry-level models in favor of more premium models, this could make sense.

Mercedes-Benz delivered 334 000 vans last year, Rimainlynly a handful, mostly for testing purposes, to Amazon, which participated in the design and development. The latter is a big shareholder in Rivian (along with Ford) and ordered 100 000 of its Electric Delivery Van (EDV) by 2030.

In August, Amazon said it had already 430 000 parcels delivered with its electric vans in several US cities, including Seattle, Chicago, Nashville, Dallas, and San Diego. In Europe, it plans to roll out a fleet of 1 800 e-vans.

Mercedes-Benz currently offers four van types; the eSprinter Panel Van, the eVito Panel Van and Tourer (people mover), the EQV (up to 7 people), and the smaller eCitan Panel Van announced for Q4 of this year. Today’s eSprinter, with a load capacity of 11 cubic meters, has a range of up to 142 km, but the manufacturer hopes to double that in de next version, due in 2023.

The new eSprinter will be built in Düsseldorf, the largest Mercedes‑Benz Vans production plant, where it is already building the current generation of the Sprinter and eSprinter. The open body styles (platform for bodybuilders or flatbeds) of the large VAN.EA will be built there too.

The Ludwigsfelde factory (Germany) has been building the open body type of the current Sprinter generation since 2018 and will build the new eSprinter too. Mercedes-Benz is thinking about making this plant a competence center for the individualization of electric vans. But for the new jointly-build vans with Rivian, “an existing Mercedes‑Benz site in Central/Eastern Europe” is mentioned.