Alstom puts its ‘high-speed train of the future’ on rails 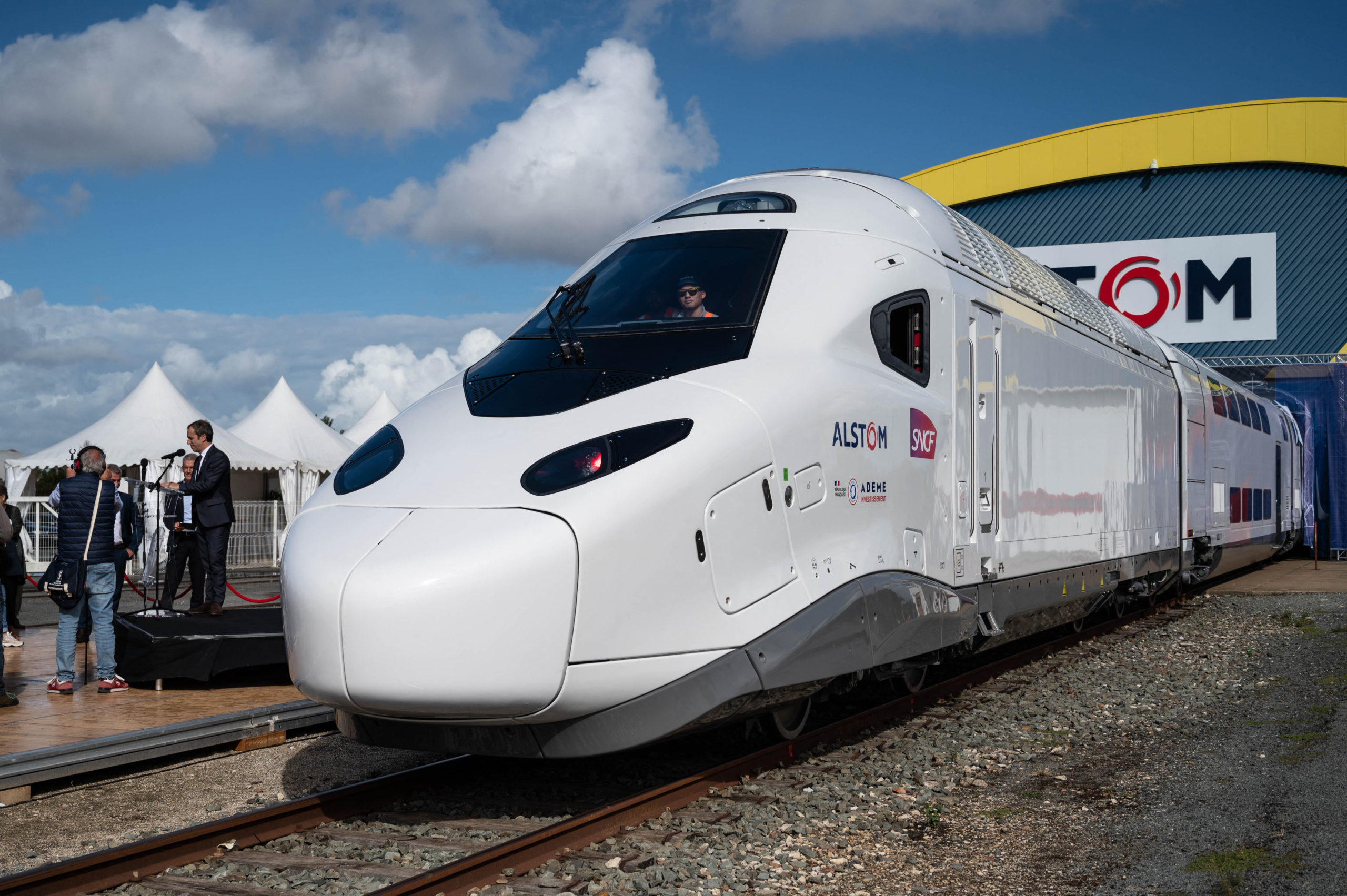 In the coastal town of La Rochelle, French train manufacturer Alstom has put its ‘high-speed train of the future’, successor to today’s TGVs, on rails for the first time. Just for a few meters at creeping speed, pushed by a large truck, for now, this train will travel at 320 km/hour.

The current generation set a world record of 574,8 km/hour but generally runs at 320 km/hour. So saving energy is now more critical. This fourth generation of TGV will be able to transport 20% more passengers, up to 740 in one train of seven to nine modules, up to 202 meters long.

With the ‘M’ of Modernity, this TGV-M will be 20% cheaper, consume 20% less energy, and reduce CO2 emissions by 32% while being recyclable up to 97%, Alstom says. And it is designed to reduce maintenance costs by around 30%.

That’s music to the ears of French railways SNCF management, which ordered 115 of them with the option of extending to 200. A hundred will be used on French internal lines and fifteen on international connections. The first TGV-Ms will be commissioned on the connection from Paris to the country’s southeast by the end of 2024. The rest will be rolled-out progressively until 2032.

This first version shown at the factory in La Rochelle is still all-white, with empty double-deck cars. The prolonged nose catches the eye, giving the train an even more aerodynamic profile. Not to improve speed, as this one is built for speeds of 320 km/hour, lower than today’s TGVs are capable. By not indulging in speed records, this one saves energy.

Critical in the new design, says Alstom, is “unprecedented modularity, which makes it possible to adjust the number of cars as closely as possible to the market’s needs (7, 8, or 9), to quickly transform a 1st class space into a 2nd class space and vice versa, to reconfigure the interior by removing or adding seats, bicycle or luggage spaces, etc.”. Today, eight cars are the maximum.

While the current generation accommodates a maximum of 634 seats, the new one adds 20% more space, up to 740 passengers. Those passengers, says Alstom, will enjoy increased comfort and services in a train car “designed to promote rest and a muted atmosphere, for a serene and peaceful journey”.

Windows have been enlarged for a panoramic view of the landscape, and the internal lighting of the train will adapt to the intensity of the natural light. All seats get connectivity features, offering everyone powerful wifi and 5G connections. The new TGV bar has been redesigned “to offer a new experience”.

In the design of the cars, wheelchair users and the visually impaired were kept in mind. A dedicated car gets a pivoting lifting platform that allows wheelchair users to access the train independently, right up to the room reserved for them. A sound system to locate the doors will guide visually impaired people when they board. According to Alstom, it’s the first TGV to offer independent accessibility for them.

The next step in developing the new train is a dynamic test phase at 200 km/hour in Velim (Czech Republic) on a dedicated stretch of high-speed train line, followed by a long testing period. By the end of 2024, the first ones should be commissioned and gradually put on the rails until 2032.