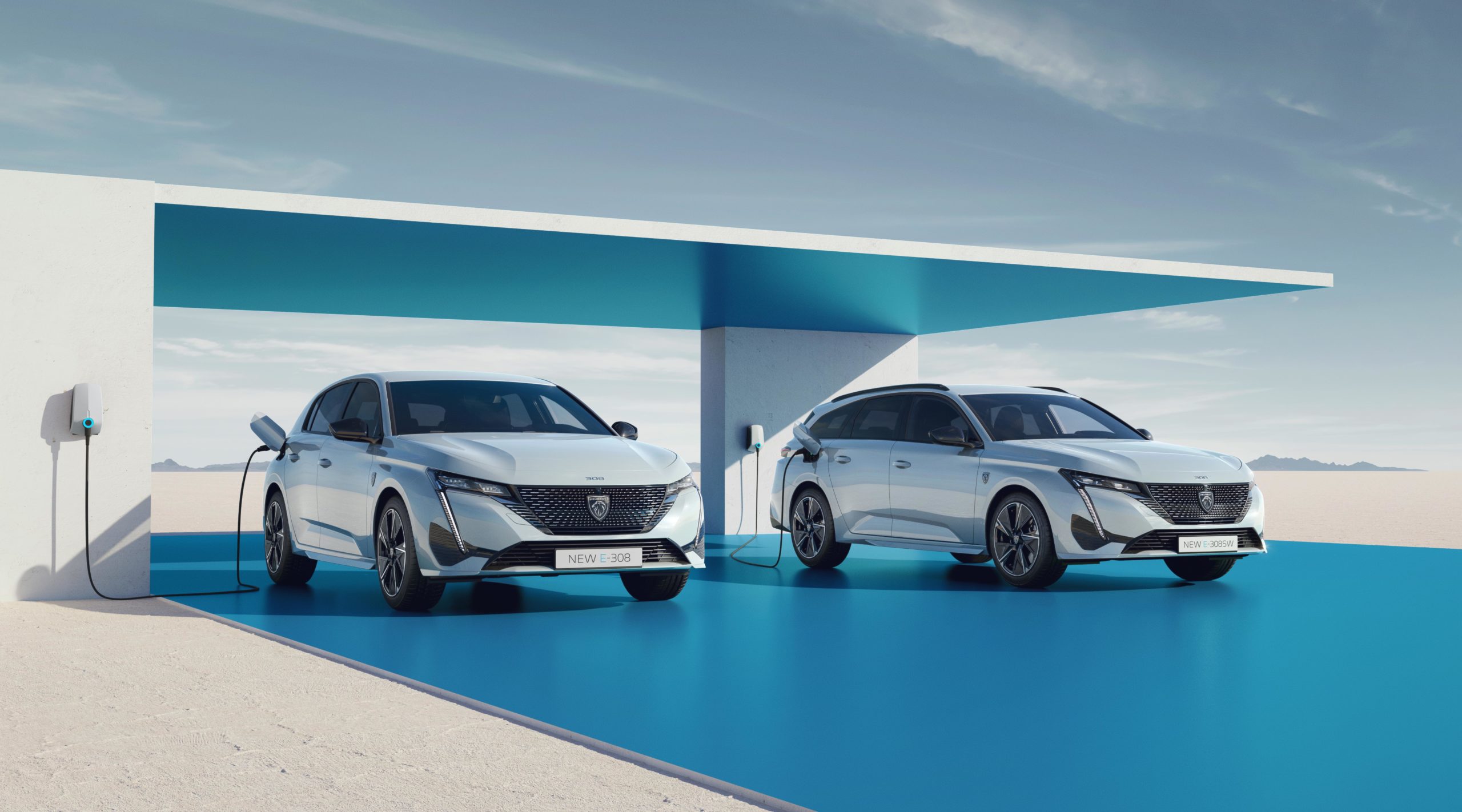 Finally, Peugeot announces an all-electric version of the 308 sedan and estate by mid-2023 to complement the brands only BEVs today, the e-208 and e-2008 /Peugeot

They already exist in plug-in hybrid versions, Peugeot’s 308 sedan and the 308 SW estate, but now the French carmaker is announcing the fully electric version of both for mid-2023. Peugeot says it will be the first BEV estate of a European manufacturer and promises ranges of +400 km (WLTP). The PHEV version today only offers a 60 km pure electric range.

Peugeot says the battery has a new chemical composition with 80% nickel, 10% manganese, and 10% cobalt (NMC811). Apparently, cobalt-free batteries are not for anywhere soon, but possibly for 2024, Stellantis promises.

What’s essential is the +400 km range Peugeot claims this relatively small battery will provide in the e-308 due to the low energy consumption of 12,7 kWh per 100 km. ‘A benchmark’ in the BEV C-segment, the carmaker claims.

To accomplish that, efforts were made to improve the aerodynamics of the (longer) front end and underbody, weight optimization (of the EMP2 platform), and reduction of friction losses with class-A tires.

The EMP2 platform (Efficient Modular Platform), developed by PSA (Peugeot-Citroën), has been used since 2013 and adapted to integrate batteries and electric motors but is not optimized as such for BEVs. Stellantis plans to serve various vehicle segments and ranges with a combination of four state-of-the-art BEV-centric vehicle platforms – STLA Small, Medium, Large, and Frame.

These platforms, three unibody and one body on the frame are designed with a high level of flexibility in length and width for each vehicle category, from city cars to pickup trucks and SUVs. These four also represent different ranges to be pursued: 500, 600, 700, and 800 km. The all-electric Jeep Avenger is the first car from the Stellantis group built around the all-new STLA Small platform.

The use of the EMP2 platform minimizes design changes compared to the plug-in hybrid versions, except for the longer hood and the new 18-inch wheels. Inside, you’ll get the latest version of Peugeot’s i-Cockpit with, among others, a heated steering wheel, a 3-dimensional head-up display, and a 10-inch central touch screen with the latest i-Connect infotainment system.

Peugeot says the sedan and SW versions will be available from mid-2023 to complement the brand’s only BEVs today, the e-208, and its SUV sibling, the e-2008. So far, no word about an all-electric version of the 3008, which is quite popular in the PHEV version.