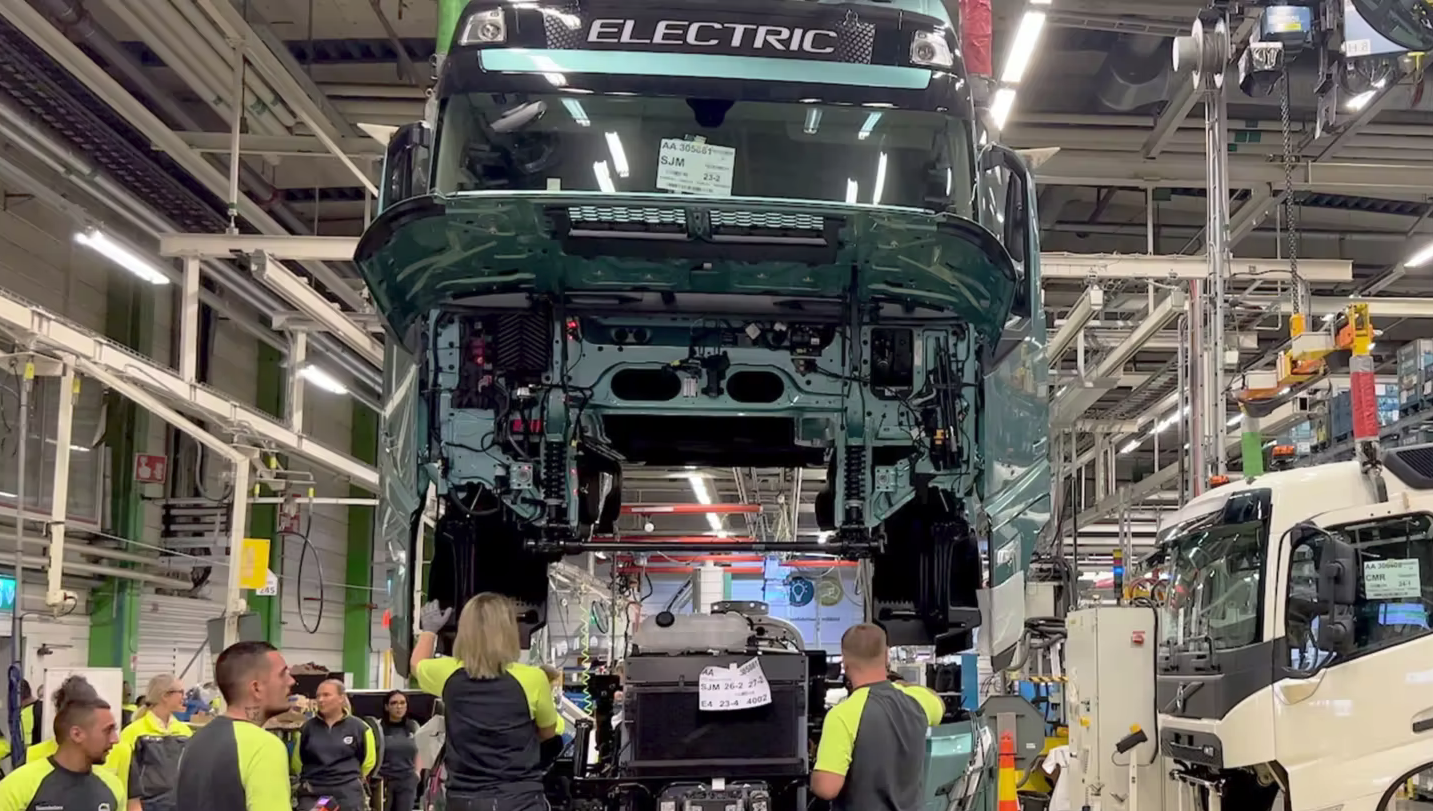 Series production of Volvo’s heaviest electric trucks up to 44 tons will start in Sweden, followed by Ghent, Belgium /Volvo Trucks

The production will start in the Tuve factory in Gothenburg, Sweden, and next year at the factory in Ghent, Belgium. They can be built on the same production lines as conventional trucks. The batteries are supplied by Volvo Trucks’ new battery assembly plant in Ghent.

Volvo Trucks says the three conventional truck models represent around two-thirds of the company’s sales today. And the demand for electric trucks is rapidly increasing in many markets. One driving force is the need for transport buyers to shift to fossil-free transport to meet their sustainability goals.

“We have sold around 1 000 units of our heavy electric trucks and more than 2 600 of our electric trucks in total. We expect volumes to increase significantly in the next few years. By 2030, at least 50 percent of the trucks we sell globally should be electric,” comments Roger Alm, President of Volvo Trucks.

Volvo Trucks has six electric truck models in series production globally. The electric versions of Volvo’s medium-duty trucks, Volvo FE, Volvo FL, and Volvo VNR (in the US), are already in serial production.

In April 2018, Volvo launched its first full-electric 16-ton FL truck, serving as a garbage truck for waste-processing company Renova and haulage firm TGM. Working silently, such an electric truck is ideally suited for a nightly job.

The Volvo FL Electric middle-class truck has a 200 kW (425 Nm) electric motor and can be equipped with two to six battery packs providing 100 to 300 kWh. The maximum range is theoretically some 300 km. It can be charged in one to two hours (DC charging) or overnight in ten hours (AC charging).

Volvo’s FE Truck is meant for heavier duties in an urban environment, like distribution and light building materials up to 27 tons. It has a 400 kW (850 Nm) electric motor and can be equipped with four battery packs of 50 kW each. Electric drivetrain and battery packs are based on those of the electric Volvo Bus, of which a few thousand hybrid and fully electric are already in service.

The FMX electric, targeted at the heaviest construction jobs, can be equipped with 180 to 540 kWh, two to six batteries, and delivers 330–490 kW (450–666 hp) of continuous power and a range of up to 320 km. It’s available as a tractor or rigid, low day cab, day cab, low sleeper cab, sleeper cab, or Globetrotter cab.