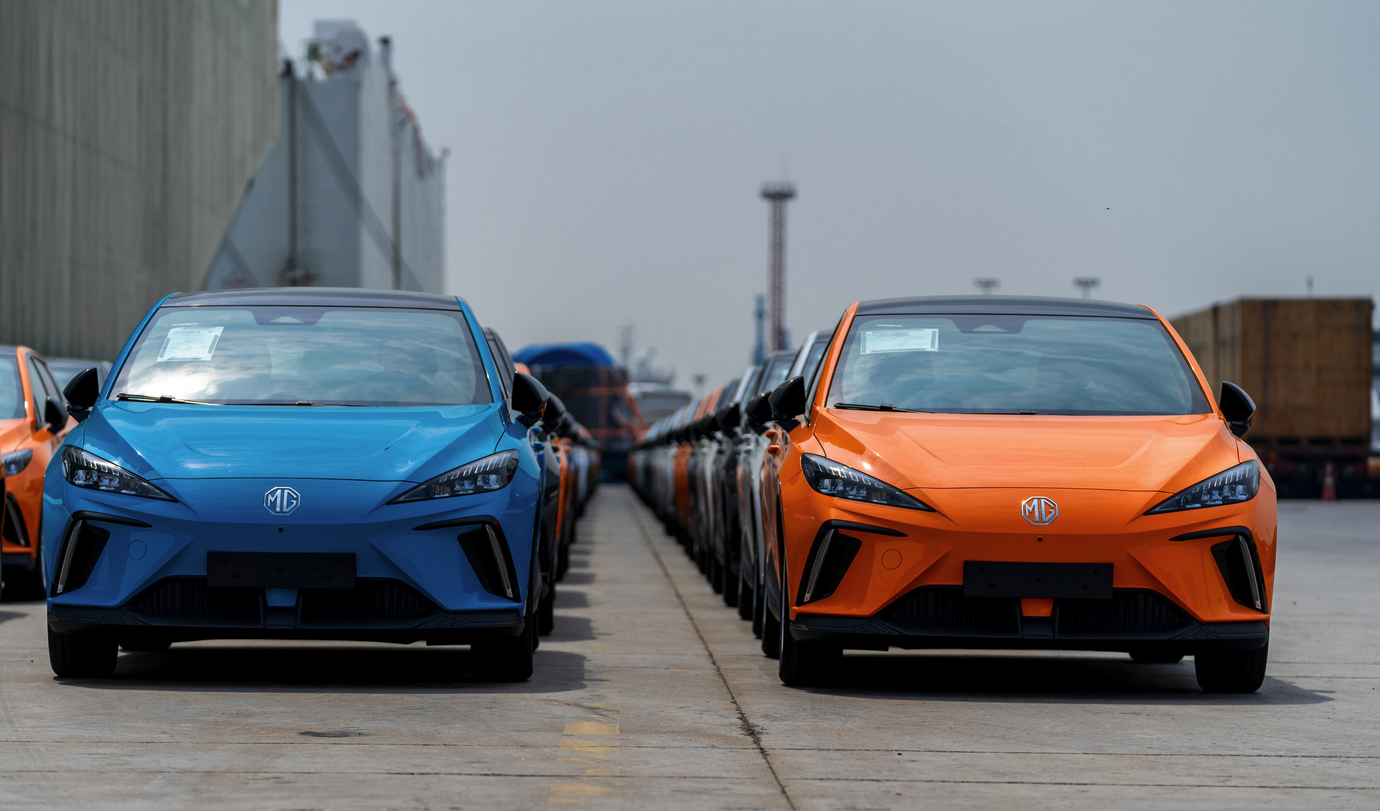 Last week, the first batch of 1 000 MG4s rolled off the carrier at the Zeebrugge Port in Belgium to be spread over Europe /MG

MG Europe has officially ‘unveiled’ its newest electric car for Europe in 20 countries, the MG4 and opened the configurator on its EU website. But except for the UK prices released earlier, the rest of Europe will have to wait for an official announcement.

The Belgian importer, former Alcopa Group and now Astara Western Europe says the MG4 will be offered at ‘a very attractive price’. Looking at the UK, this will probably be in the range of €30 000. The first batch of 1 000 units of the MG4 departed from the Shanghai Haitong terminal in July to arrive in Zeebrugge Port (Belgium) beginning of September.

MG, which inherited the famous brand name of the former British sports car, is currently the best-sold Chinese EV in Europe. From January to June 2022, MG sold more than 45 000 cars in Europe, mainly in Scandinavian countries. In China, it is ranked as the country’s single-brand overseas sales champion, with more than one million cars shipped.

The compact four-door sedan features a very slim battery – only 110 mm high – allowing today 51 kWh to 64 kWh packs offering 350 and 450 km ranges (WLTP) and even swapping to higher capacity packs in the future.

It’s the first MG model built on the Modular Scalable Platform (MSP), developed by MG’s mother company, state-owned SAIC Motor. It’s a rear-wheel-drive platform, but AWD versions will become possible, too, with an extra motor on the front axle.

The so-called ONE PACK battery is developed specifically for the MSP platform, with the battery cells placed horizontally to limit the pack’s height to 110 mm. This way, the car’s roof could be kept as low as 1,5 m without sacrificing head space in the interior.

Batteries are mounted in the same manner for all body versions on this platform, with identical connectors, so in theory, packs of 40 to 150 kWh are possible. They could be used in car segments from A to D.

The platform is readied for future upgrades like doubling voltage from 400 to 800 V to allow faster charging and to make battery swapping or ‘Battery as a Service’ (BaaS) which is already common in China, an option. That way, car owners can opt for a smaller battery to cover daily distances and upgrade to a larger battery when needed.

The Comfort and Luxury versions both get the 150 kW (201 hp) engine and the 64 kWh battery. The Comfort’s range is officially rated at 450 km, while the Luxury is rated at 435 km. They’re both slightly slower in accelerating: 7,9 seconds to reach 100.

Another difference is the onboard charger, up to 6,6 kW AC in de base version and 11 kW in the others. DC fast-charging is possible at 135 kW in Comfort/Luxury and 117 kW in the Standard.

While the rest of Europe is waiting for prices, MG has started to shed some light on them in the British homeland, where the brand name originated.

The most luxurious version, called Trophy Long Range in Great Brittain, adds nice-to-haves like a 360° Parking Camera, wireless smartphone charging, heated front seats and steering wheel, and GPS navigation, among others. Price in the UK: £31 495 (€36 397).