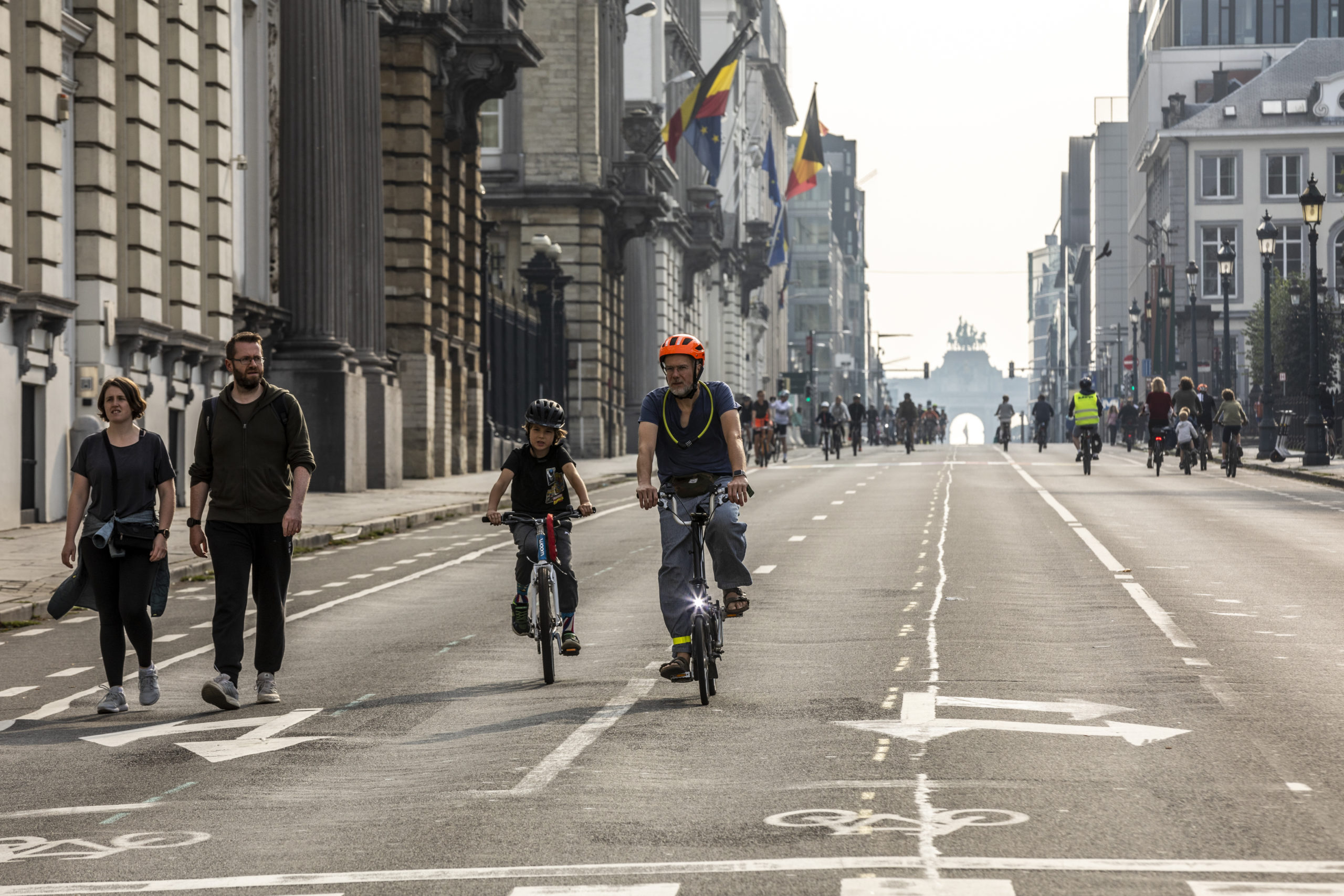 Last year, people really enjoyed the Car-Free Sunday in Brussels. They could freely walk and cycle in the ‘busiest’ streets of the Belgian capital /Belga

During the European Week of Mobility – from 16 to 22 September – various events will take place all over Flanders and in Brussels. One of those events is Car-free Sunday, 18 September, in which thirty-two municipalities in Flanders and Brussels will participate. Among the participants: Mechelen, Lier, Aalst, Ostend, Leuven, Tongeren, Hasselt, and Turnhout.

The Week of Mobility will start on Friday. Cyclists and pedestrians will be in control and will once conquer public spaces. Children of school age will be pushed to go to school on foot or by bike.

People will be asked to set their car aside on Car-free Sunday and opt for alternative transport modes. Private cars will be temporarily banned from public spaces because “people appear where cars disappear”.

The initiative will create more free space to walk, cycle, play, or skate. In Brussels, this year’s theme wants to transform the Belgian capital into “a city for children”.

The Brussels Region counts 260 000 school-going children who represent about 2,5 million weekly trips to and from school. Most of them are brought to school by car. Only 62% in elementary education and 84% in secondary education opt for alternative transport at least once in two days.

The goal is to increase these percentages to 70 and 90%. So, five schools in Brussels will create a ‘Walk of Fame’ at the school gate, where the children will get their own star on the pavement, just like in Hollywood, indicating the mode of transport they use.

Almost 90 other schools will subscribe to the ‘On Foot, By Bike’ campaign, stimulating parents and teachers to leave their cars behind and take the bike or come on foot. “Adults should make public space accessible for children,” says Brussels Minister of Mobility, Elke Van den Brandt (Groen).

Commuters entering the city by car will be invited to opt for alternative transport. In the meantime, 25 companies in Brussels were selected to participate in the action and challenge their employees to come to work by other means of transport and score points. In the end, they can win a prize.

The Week of Mobility has been organized since 1996 as sustainable mobility and responsible car use campaign. Not only do Flanders and Brussels participate, but the initiative is also supported by many citizens all over Europe.