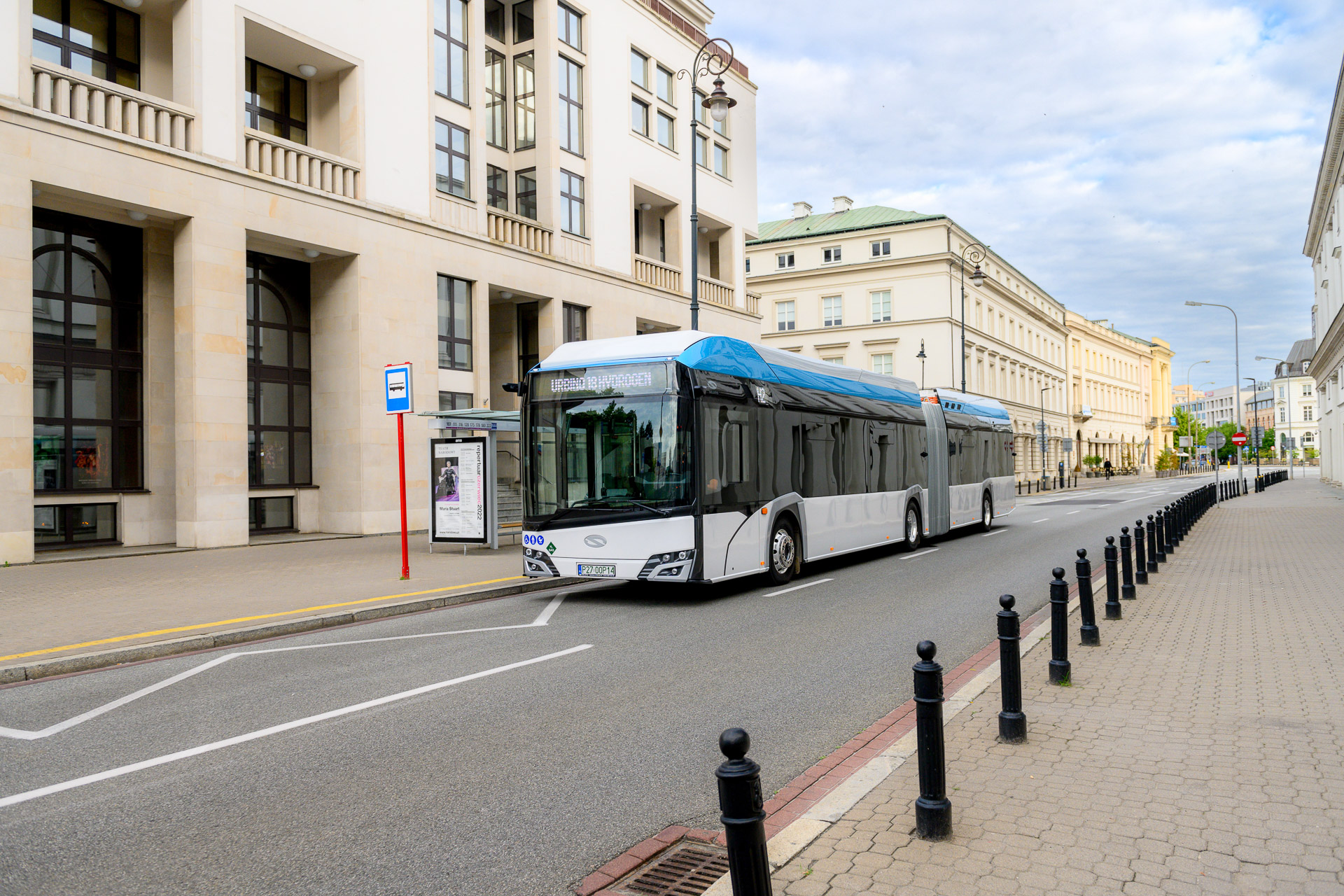 Polish bus manufacturer Solaris has unveiled its Urbino 18 articulated hydrogen bus, a second zero-emission model with a fuel cell, which complements the existing Urbino 12. It adds space for up to 140 passengers while keeping the same 350 km estimated range, thanks to the addition of three extra hydrogen tanks.

The Solaris Urbino 18 uses a 100 kW hydrogen fuel cell that feeds the electric motor(s, depending on configuration). However, a 60 kWh rechargeable lithium-ion battery is also on board for quicker accelerations or to store excess energy.

The total capacity of the hydrogen tanks is 2 130 liters or 51,2 kg. A modular drive system, accessible from the floor level, eliminates the need for a conventional engine compartment, creating more interior space for passengers.

Solaris promises that the first orders of the Urbino 18 hydrogen will be delivered in Q2 2023, with many personalization options available for customers, such as interior configuration, four different door arrangements, two different electric motor options, Advanced Driving Aid Systems (ADAS), and more.

Solaris has delivered almost 100 hydrogen buses to various European customers in Italy, Germany, the Netherlands, Sweden, and Poland, but not yet in Belgium. However, the Brussels public transport company STIB/MIVB does have 25 electric articulated buses from Solaris in its fleet, while the Walloon public transport company TEC uses Solaris hybrid buses.

In 2018, the Polish family-owned bus builder Solaris Bus & Coach was integrated into the Spanish CAF Group (Construcciones y Auxiliar de Ferrocarriles). The latter is one of Europe’s foremost manufacturers of railway and metro vehicles and equipment and buses.

It’s worth noting that Belgian bus manufacturer Van Hool, which delivers a large portion of the Flemish public transport company De Lijn’s buses, also recently launched an electric model range with the option of using a hydrogen fuel cell for its energy delivery. However, it’s not yet clear when these buses will be delivered. The Van Hool, A model range, is available in lengths of 12, 13, 18, and 24 m.

Brussels public transport company STIB/MIVB is testing a hydrogen bus it leases from Van Hool. It will be tested for two years to familiarize the company with the new technology and evaluate its performance. Van Hool benefits from the data that MIVB/STIB provides.