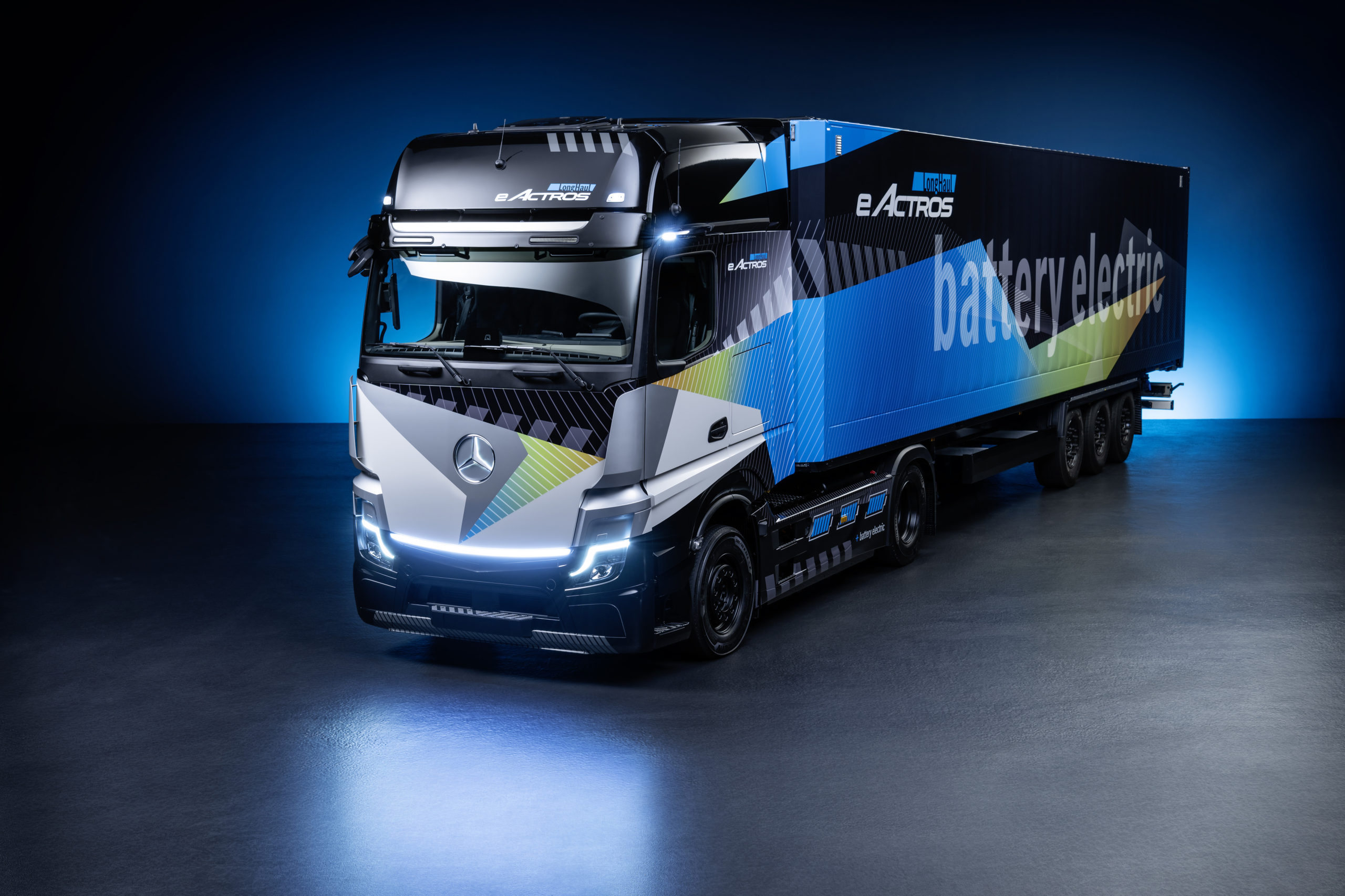 Daimler Truck has unveiled a ‘concept prototype version of the Mercedes-Benz eActros LongHaul at the IAA Transportation in Hannover. It previews the design of the long-haul electric truck, which will enter production in 2024 and boasts ranges of up to 800 km. The truck won the “2023 Truck Innovation Award” at the show, a prize awarded by a jury of 25 professional sector journalists

Those looking to distinguish the eActros LongHaul from its diesel counterpart will be hard-pressed to find the differences – except for the lack of engine noise, of course. Even though the model shown here is still technically a concept version, expect to see a production model with largely the same design as the conventional Actros, although the electric version loses most of its grille and gains an LED light bar.

The Mercedes eActros LongHaul owes its name to the 600 kWh battery pack, or rather: three separate battery packs, which add up to 600 kWh. This gives it a range of around 500 km, while the two electric motors on the rear ‘e-axle’ deliver a continuous power output of 400 kW, with peak power of over 600 kW.

If range precedes over load capacity, although no word yet on those numbers, the eActros LongHaul can also be coupled with an ‘eTrailer’, which supports the tractor with additional battery power integrated into the trailer. Daimler Truck promises ranges of over 800 km on a single charge with an eActros and eTrailer combination. 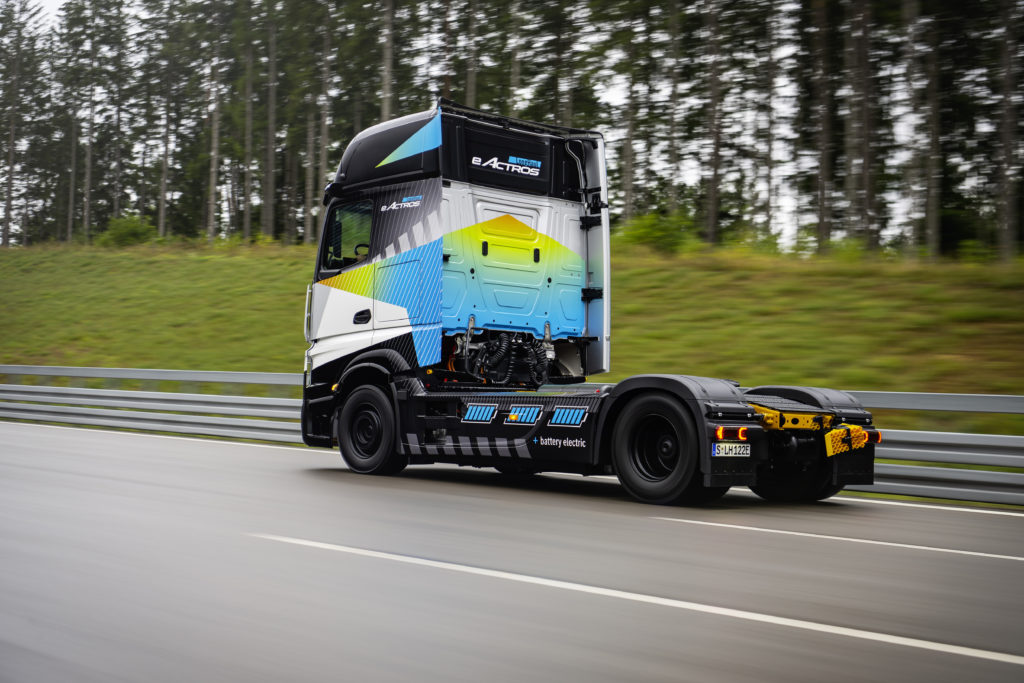 Fast charging is also possible, with a charge from 20 to 80 percent in under 30 minutes at a megawatt (1 000 kW) charging station. However, Daimler Truck is still developing a charging network together with Traton Group (MAN and Scania) and Volvo Group (Renault Trucks and Volvo Trucks) that supports high-performance charging for electric trucks.

The eActros LongHaul will start testing on public roads this year, with near-production prototypes to be sent to customers for real-world tests in 2023. Production is set to start at the Wörth plant in 2024, where it will roll off the existing production line, rather than the separate Future Truck Center, where the smaller eActros is produced.