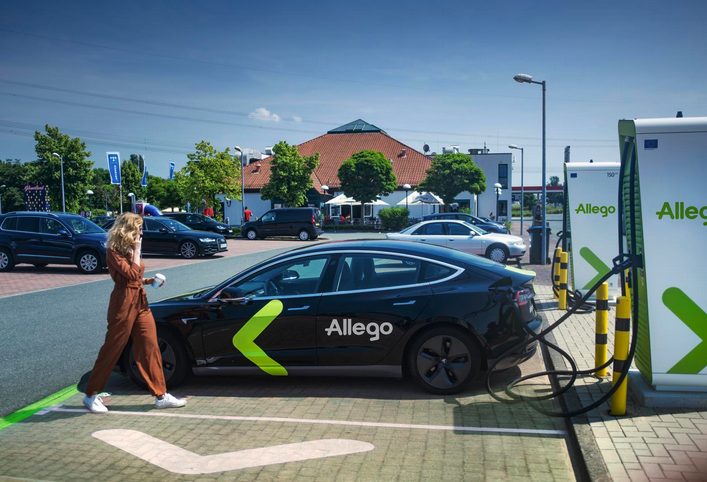 Like all suppliers, Allego, one of Europe’s biggest with nearly 28 000 charging points, ‘apologizes’ for having to raise prices constantly /Allego

In the chaotic public charging market in Europe, it’s hard to see the wood for the trees, but one constant is beyond doubt: prices are shooting up at a worrying pace, both in slow AC as in ultra-fast DC charging, up to almost 25% in two months. Allego and Shell Recharge announced a new price increase, while FastNed ‘silently’ adjusts them monthly.

“Due to the continuing rise in electricity prices across Europe, we are forced to change our charging tariffs more often,” Allego apologizes on its website. Regular AC charging up to 22 kW will be at 0,60 euros/kWh in most EU countries as of October 7th, a price we saw for ultra-fast DC charging a few months ago.

For the latter, DC charging above 50 kWh, Shell Recharge invoices 0,85 euros/kWh from September 29th, a 20% increase compared to today. Allego follows (€0,86), while Dutch FastNed currently sets a ‘pay-as-you-go’ tariff of €0,83 per kWh in the Netherlands, Belgium, and Germany and €0,59 in France.

Fastned just landed in France with its first stations and didn’t want to scare off new clients. But, the Dutch provider warned earlier that due to the volatile energy market, it would adjust its prices on a monthly base when needed.

There is no uniformity in how the different operators calculate their prices, offering subscriptions with a fixed member fee and better prices and charging cards offering a discount. So, comparing the exact electricity costs for charging at public stations is daunting. Prices quoted here generally refer to ‘pay-as-you-go’ prices for non-subscribers.

And there is a general difference in electricity prices between countries, defined by the energy mix, how it’s produced, and the taxes due. The slower you charge, generally, the lower the price per kWh. Charging at home is usually cheaper, but unless you have a fixed contract with your supplier, it’s hard to know exactly what it costs on a day-per-day base.

Public charging is the only alternative for those who don’t have a driveway or garage at home or a friendly employer where they can charge an EV. Relatively slow charging, at 11 to 22 kW, is still cheaper than fast charging, but if you consider prices of 0,40 euros per kWh on July 1st, 2022, compared to the €0,60 announced now, that’s even a 50% increase. Shell Recharge keeps its prices reasonably low for regular AC-charging at €0,48 /kWh compared to €0,45 before.

Like fossil fuels, it’s a question of comparing where you get the best price when traveling around in an electric car. But contrary to the huge bill-board like light signs advertising prices at fuel stations, you often have no clue at the charger what price you’re actually going to pay unless you use the appropriate app or card. It’s time we’ll get a uniform regulation from Europe, at least in showing what you’ll get for your money.