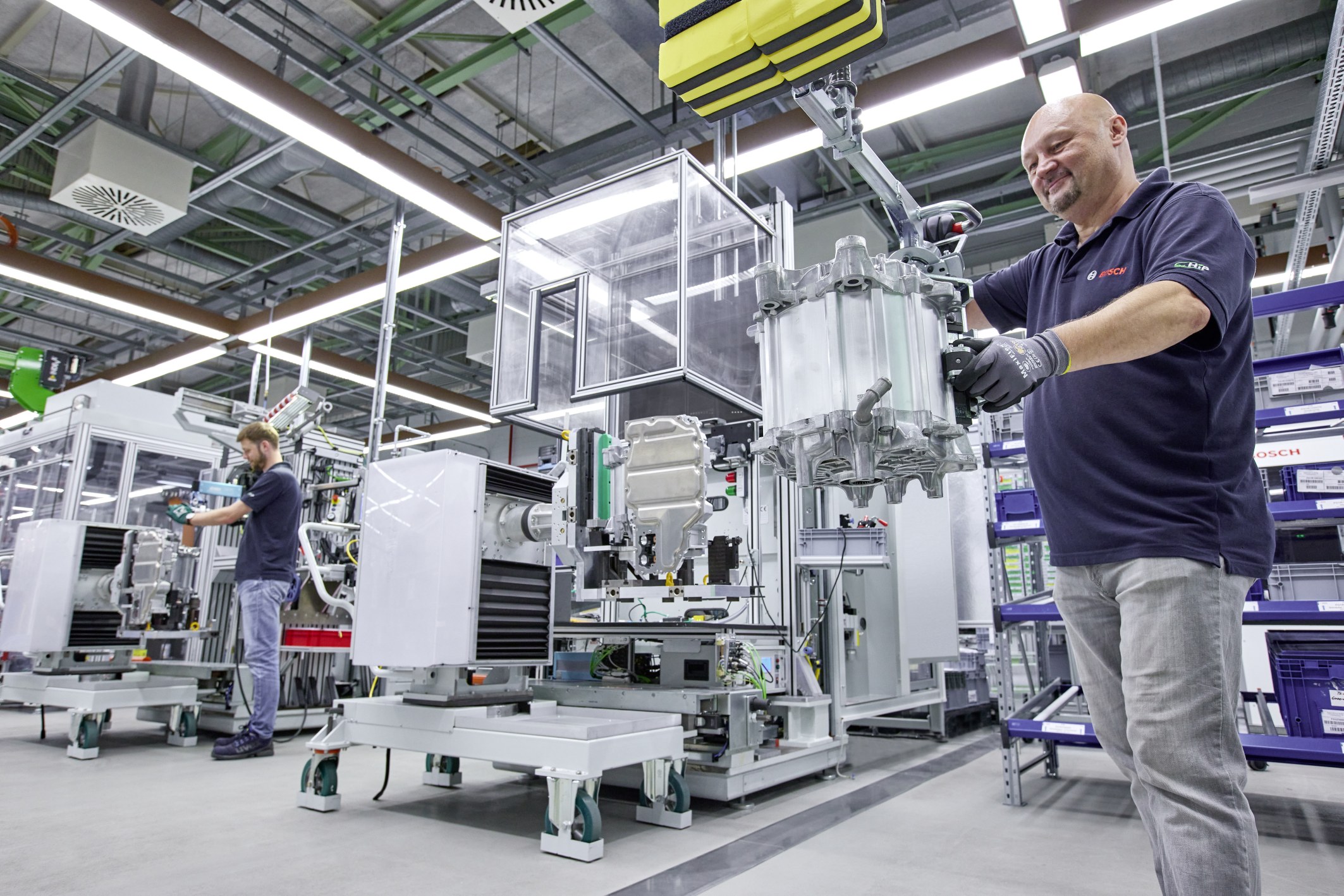 Bosch has developed an electric motor that can be used for vans and small trucks. By integrating the inverter into the motor housing, the powertrain becomes more compact but, above all, more efficient so that the autonomy of electric vehicles improves.

The efficiency of electric vehicles is too often measured by the performance and storage capacity of the battery. However, there are plenty of other winning areas to optimize electric propulsion in the automotive sector.

Bosch, therefore, wants to improve powertrains and is now applying technology they have previously developed for electric cars to the electric motors that will be used in zero- emission vans and trucks.

It is not a plug-and-play approach because the specifications of a last-mile delivery vehicle deployed in an urban environment differ from those of a passenger car. For example, because vans mainly have to carry heavy loads, there is more need for high torque ratings.

To ‘tailor’ the motor to such specific applications, Bosch has fitted an inverter (the motor’s controller and inverter) with new power semiconductors where losses are 20% lower than their predecessors. This ensures that the electric motor achieves an efficiency of 97%.

That inverter is cooled via the car’s cooling water system and uses much more software that allows one to adjust the motor’s characteristics according to its usage. This way, it should be perfectly usable in hilly cities such as San Francisco.

Climbing also works without an additional gearbox, making the drive unit suitable for many applications in existing vehicles and newly-developed electric models. Production of this engine is done at the German Bosch site of Hildesheim.