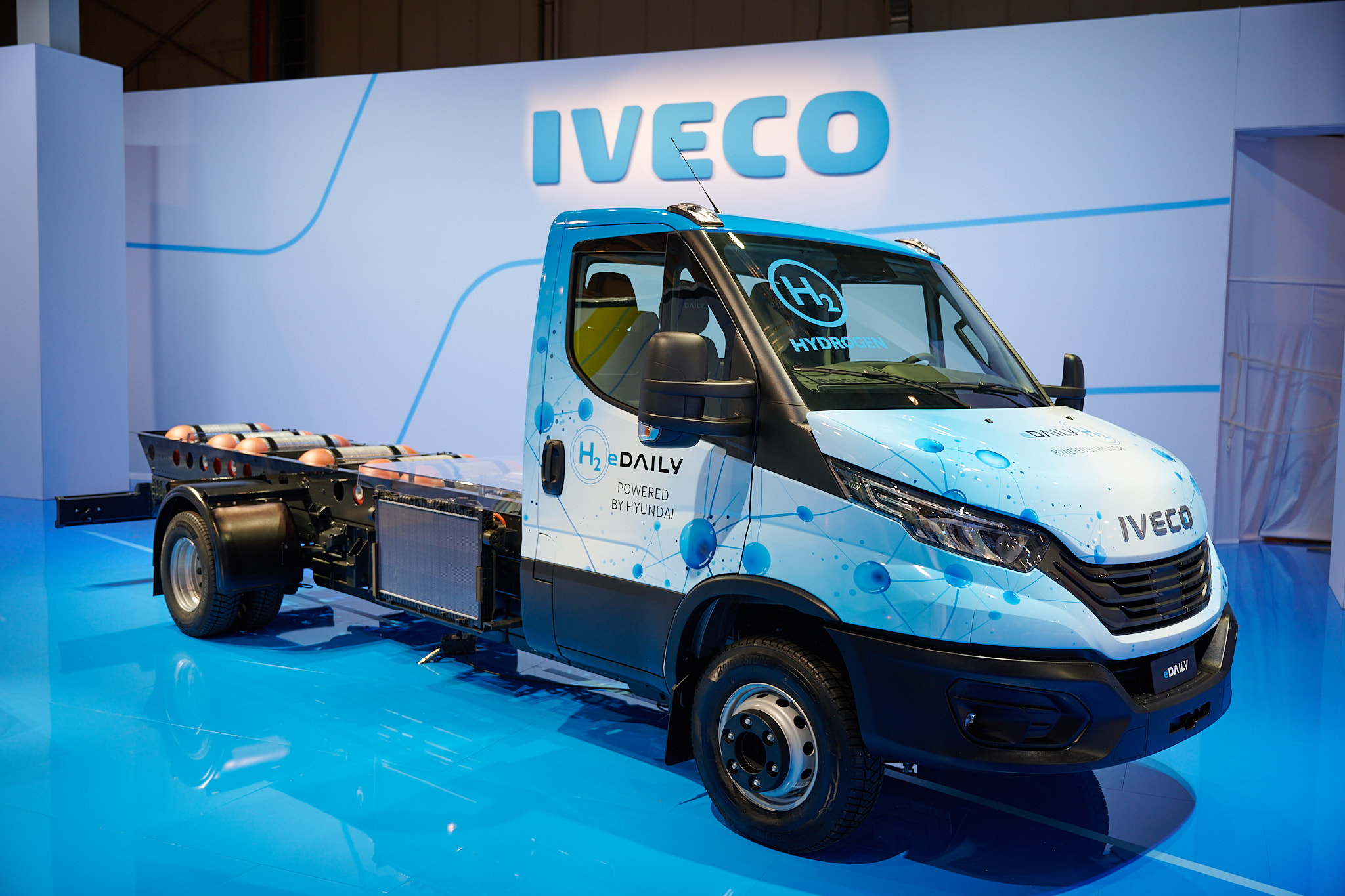 The Iveco eDaily FCEV uses Hyundai fuel cell technology and has a range of around 350 km, with refueling times of less than 15 minutes /Iveco Group

Iveco shows off its hydrogen and electric future for vans and trucks at the IAA Transportation in Hannover, thanks to partnerships with Hyundai and Nikola. Both the Daily light commercial vehicle and the Nikola Tre zero-emission truck will be available with either batteries or a hydrogen fuel cell.

Back in March, Hyundai and Iveco announced their partnership to collaborate on hydrogen powertrains for commercial vehicles. Today, the result of this joint operation is presented at the IAA Transportation in Hannover: the Iveco eDaily Fuel Cell Electric Vehicle (FCEV).

The popular light commercial vehicle (although this version has a gross vehicle weight of 7,2 tons) is equipped with a 90 kW hydrogen fuel cell from Hyundai, coupled with a 140 kW electric motor and a total tank capacity of 12 kg of hydrogen. According to Iveco, the payload of this heavier Daily is three tons, and tests show a driving range of 350 km.

Iveco also shows off its battery-electric eDaily at the IAA but remains tight-lipped on its specifications. Previous information from the company indicates that the BEV version of the electric van will have up to three 37 kWh battery packs, with ranges of up to 300 km.

As with the other versions of the Daily, multiple chassis variants should become available, although it remains to be seen which battery variants will stay under a gross vehicle weight of 3,5 tons.

Like the Daily van, the Nikola Tre zero-emissions truck, a collaboration between Iveco and the American start-up Nikola, will have both a BEV and an FCEV version. The European version of the battery-electric Tre makes its debut at the IAA and will be suitable for transport of around 500 km.

The hydrogen version of the Nikola Tre is presented at the IAA as a ‘beta version’, which would indicate a nearly-production-ready prototype. It should be able to cover distances of around 800 km. No precise launch dates have been announced, however.