Mobia: ‘Energy and their car are Belgians greatest concerns’ 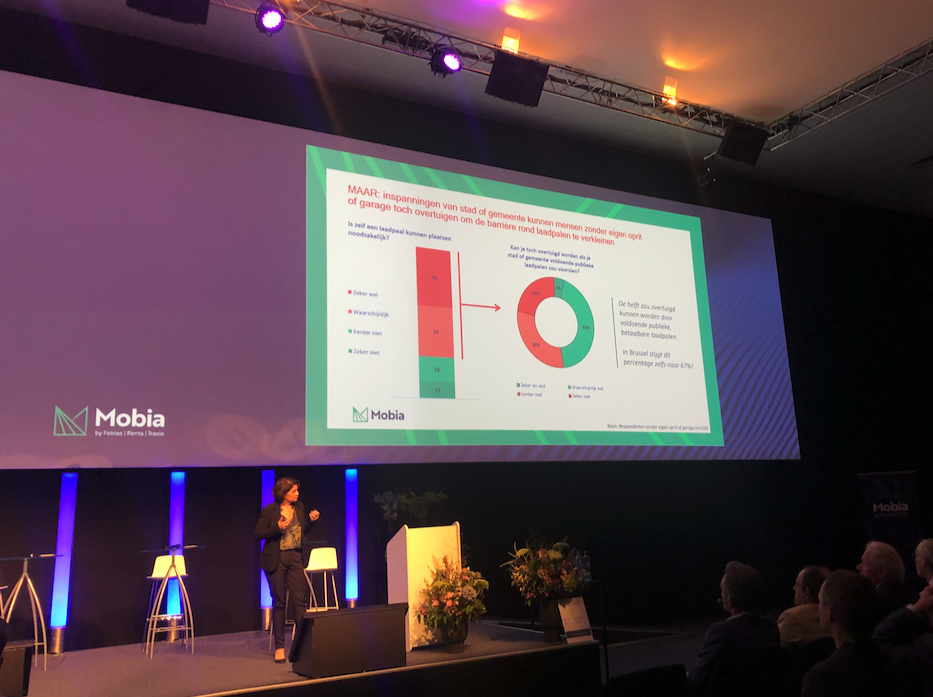 On the first ‘Stakeholder Day’ congress of mobility umbrella organization Mobia, results of the latest survey were presented showing uncertainty and a growing ‘EV anxiety’ rules among Belgians today /NMN

Energy consumption and car use are the first two domains where Belgians are adapting their behavior today to cope with uncertain times. Sixty-nine percent say to change how they use energy drastically (23%) or in a limited way (46%). Car use comes second (57%), before food (53%), travel (52%), and clothing (50%).

On its first ‘Stakeholders Day’, a congress devoted to mobility in Belgium, Mobia, the umbrella organization of the mobility industry in Belgium with Febiac, Traxio, and Renta, presented figures of its most recent study on how Belgians perceive their mobility needs. Uncertainty rules today, ‘EV anxiety’ is growing, and the need for information is greater than ever.

67% of all kilometers driven

The figures on changing habits come from a survey conducted in the summer on behalf of Mobia by market research agency Profacts with a representative sample of the Belgian population.

That population total was 11 584 008 on the 1st of January 2022. According to the safety institute Vias’ mobility barometer, 5,4 million Belgians used a car for 67,34% of the total distance in kilometers covered in the country in the first half of this year.

After the two-year health crisis, the massive progress of teleworking was one of the significant trends in changing mobility. It explains why 22% of the respondents in the survey say they drove less in the past year. The war in Ukraine and the energy crisis troubled Belgians even more. In that light, 46% say they’re thinking about changing their energy supplier.

But also 45% is using the car less. Some 30% say to consider other means of mobility, and 20% are postponing the purchase of a new car. When looking at a new car, there is less attention to sustainable options like EVs, and even 9% are considering selling their vehicle without replacing it.

Still, the car remains by far the preferred way of moving for Belgians, with 81% declaring to drive at least once a week with their private (71%) or company car (10%). Most households have one car (57%) or two (26%), and five percent have even more cars. And 13% of Belgians have no car at all.

The non-electric bike is used by 24% weekly, and the electric bike by 18%. Bus, tram, or subway score 23%, figures determined by many daily commuters in Belgium, like for the train (12%).

In Belgium, driving an EV is mostly a matter of company cars. With the government scrapping all tax deduction benefits for all cars on fossil fuels by 2026, companies are replacing their employee fleets as soon as possible with electric vehicles. But strangely, enthusiasm for choosing an electric car has decreased.

While in 2021, 13% of respondents said they would ‘definitely’ choose a BEV for their next car and 37% ‘probably’, this is only 9% and 33% in 2022. The main barriers remain the high purchase price (50%), lack of charging infrastructure (27%), and range anxiety (26%). It’s clear few are aware of the favorable TCO (Total Cost of Ownership) of BEVs versus classic cars today.

When looking at the different Belgian Regions, Brussels seems most prepared for switching to EVs (61%), answering ‘certainly’ or ‘rather yes’. In Flanders, this is 42%, and in Wallonia, 36%.

Even if the boss pays

One of the most striking conclusions of this survey on how Belgian are looking at the electric car is that even when it comes to choosing a new company car that is entirely paid for by the boss, people are hesitating.

Only 45% say they want an electric car ‘surely’ or ‘probably’ for their next company car. That’s only three percent more than private individuals (42%), who have to pay the higher price for EVs all alone.

If cost isn’t an issue, it’s clear for this group of doubters that the fear of insufficient range (especially when going on holiday), the ‘complexity’ of driving and charging an EV, and the overall uncertainty and lack of information are determining their judgment.