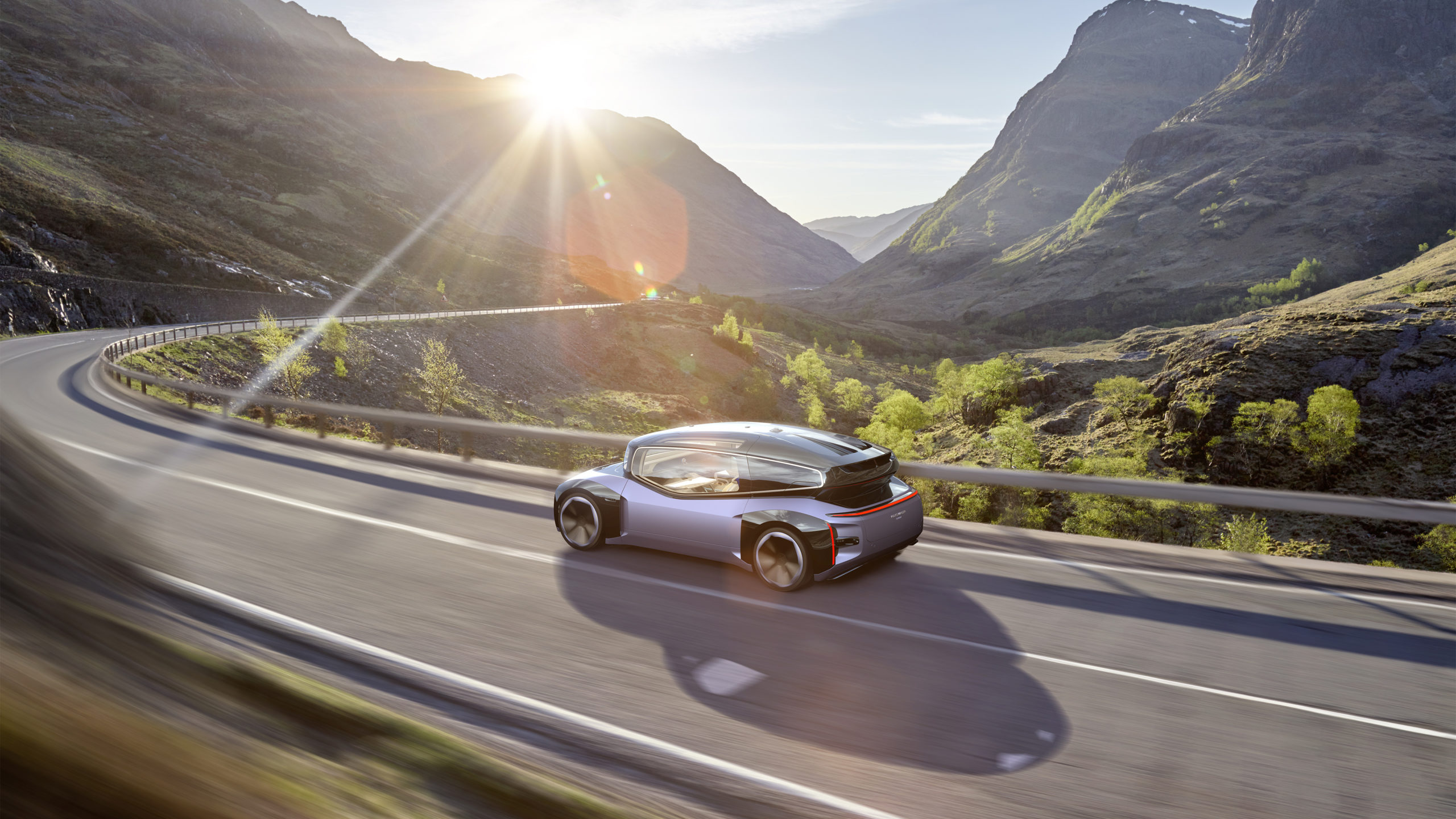 Volkswagen design study Gen.Travel is an actually driving prototype that no longer requires a human at the wheel and could become an alternative to short-haul flights /Volkswagen

On Friday, Volkswagen is showing for the first time its Gen.Travel design study at the Chantilly Arts & Elegance in France. Imagine a fully level-5 self-driving prototype with a modular interior as an alternative for short-haul flights where you can sleep, hold your business meetings or watch movies while the car drives, alone or platooning with others.

The all-electric powered Innovation Experience Vehicle (IEV) looks like an extreme remake of Roberto Giolito’s Fiat Multipla, with a transparent, glass cabin with the edge of the windows at waist level for a better view and huge gullwing doors.

As in Level 5 autonomous driving, the car is supposed to handle all possible traffic situations on itself in all possible weather conditions; there is no need for a human driver. They can turn the front seat to have a business meeting around a center table, entertain the kids with the augmented reality systems or take a nap.

Without kids, the two front seats can be folded out to a full-flat position. There is an ‘innovative passenger restraint system’ which ensures maximum safety even in a lying position, says Volkswagen. And the lighting system influences melatonin production to help passengers fall asleep and wake up naturally.

Smooth drive without waking you up

Gen.Travel promises a smooth drive without waking you up. The active suspension eABC (electric Active Body Control) calculates vertical and lateral movements such as acceleration, braking, or cornering ahead of time and optimizes the driving style and trajectory accordingly.

“The Gen.Travel offers us a glimpse of the travel of the future. It shows us what autonomous driving will look like in the future,” says Klaus Zyciora, Head of Volkswagen Group Design. “In an age of technical perfection and virtually unlimited possibilities, ‘form follows function’ becomes ‘form follows freedom’. The automobile will not only be better but also more exciting than ever before.”

So exciting, you fall asleep? Just kidding… The idea is to offer a ‘Mobility-as-a-Service (MaaS) alternative to long boring drives on highways or short-haul flights where the time you lose waiting at airports and wrestling through security checks is a multiple of the actual flying time in a cramped airplane.

Volkswagen claims the prototype is capable of the highest level of autonomous driving. Still, so far, no carmaker has a vehicle capable of doing that in regular traffic, let alone a government would allow it.

Still a few years out

Experts agree we’re still a few years out from truly self-driving cars shuttling us around. Google-daughter Waymo is considered one of the world’s most advanced companies in autonomous driving, running a taxi service without drivers in Phoenix and San Fransico.

In this case, so-called SAE Level 4, where a driver is no longer needed when the vehicle is operated in a well-defined ‘geo-fenced’ area under specific conditions. Before launching its robot taxis in a new area, Waymo creates its own high-definition maps with incredible detail, from lane markers to stop signs to curbs and crosswalks. That information is matched with sensor data on the car from several cameras, radar, and LiDAR.

To compare: Mercedes was the first in Europe to use Level 3-technology in its Drive Pilot for the S-Class and the EQS. Both models offer it as of mid-2022. Here the driver no longer has to keep his eyes on the road in well-defined circumstances.

The German Federal Motor Transport Authority (KBA) allowed it only in certain areas on highways and at speeds slower than 60 km/hour, like in traffic jams. All other brands, including Tesla’s Autopilot, are using Level 2 so far, where a driver must keep his hands on the wheel and eyes on the road at all times.