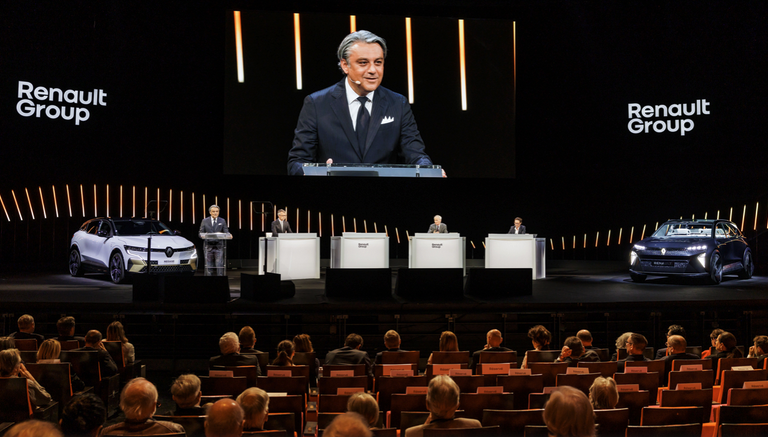 Renault, preparing a major reconversion under CEO Luca de Meo, proposes its 42 000 employees in France a premium of €1 000 to compensate for lost purchasing power /Renault

French carmaker Renault is proposing its 42 000 employees in its home country a ‘purchasing power’ premium of up to 1 000 euros, after negotiating with the unions for months about a wage raise. The company declared that the bonus would apply to all working in France, including part-time workers, and won’t replace future salary negotiations in 2023.

According to press agencies AFP and Reuters, a so-called ‘Macron premium’ of €500 would be attributed in October, with an additional three months of health insurance (€315) and an additional transport compensation of €100. On top of that, employees can monetize three days of reduction of working hours, raised by 25%.

The proposal has to be approved yet by the unions, but it looks like Renault has found fertile ground for it. The Force Ouvrière (FO) union already said to agree with the proposal. Union delegate Mariette Rih told AFP the proposal answers to a need and problem all employees face: galloping inflation.

Other major French companies have taken similar measures to compensate for peaking inflation, like Air France, offering its employees a 5% raise and a once-only €1 000 premium.

Contrary to Belgium, for instance, where employees’ wages in the private and public sectors are indexed automatically and will be raised by 10% from January, this system doesn’t exist in other European countries. Negotiations for a structural wage raise to compensate further the eroded purchasing power have yet to continue in 2023.

For the unions at Renault, the current proposal is welcomed as a recognition the employees deserve for their contribution to the reconversion plans of the carmaker. Under his Renaulution plan, the CEO of Renault, Luca de Meo, had commanded a strategic review of a possible autonomous unit for developing, producing, marketing, and distributing its electric cars.

Ampère will be the new entity overseeing the all-electric range, while matters concerning combustion engines will reside under a branch called Horse. Renault intends to keep only a stake of 40% in the latter.

Renault has yet to unveil and confirm the outlines, but Reuters reported that the electric division dubbed Ampère would enlist “10 000 employees” and could be listed on the stock exchange “in the second half of 2023”.