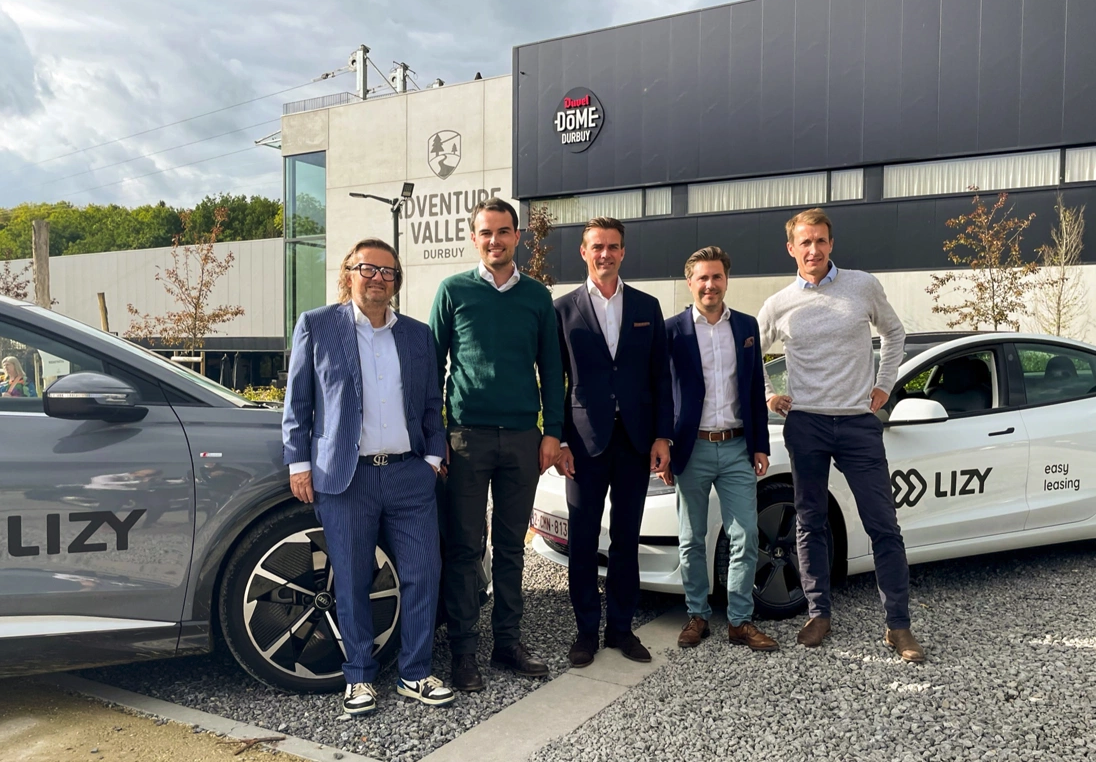 D’Ieteren is bringing the heavy cannons to bear to broach the French market with its daughter Lizy, a specialist in leasing second-hand cars in Belgium today. It raised another €8,5 million from an investment group led by Belgian entrepreneur and millionaire Marc Coucke’s Alychlo and got bank funding of another 32 million.

The Belgian used-car leasing start-up Lizy is the brainchild of young entrepreneurs Sam Heymans and Vincent Castus and part of D’Ieteren’s LabBox. It offers second-hand cars for leasing to some 1 500 clients in Belgium, mainly SMEs or self-employed, and is on its way to tripling its turnover in 2022.

Lizy started by offering mostly Volkswagen Group brands from its own D’Ieteren stable and expanded over time with cars from Mercedes, BMW, Tesla, Ford, Renault, and Volvo. Not by coincidence, Belgium’s most popular company cars from the lease market.

The company claims that leasing contracts for a young second-hand car are typically 10 to 15% cheaper than for a new car. And you’ll get your lease car within three weeks while waiting for a new (electric) one can last a year.

Due to the chip shortages and long delivery times for new cars after the corona pandemic, reinforced by the Ukrainian war, the young start-up sees demand skyrocketing and expects to triple its turnover this year.

“Second-hand leasing is cheaper, more sustainable, and more efficient than the traditional model,” says co-founder & CEO Sam Heymans. But you’d better take that statement with a pinch of salt if it comes to electric cars.

Another example is a Volkswagen ID.3 from 2020 with a 77 kW (usable) battery at €719 (VAT excl.) per month at Lizy’s, offered brand-new at €701 by LeasePlan. So it looks like only the speed of delivery is the benefit, but it comes at a price.

The ambition is to look beyond Belgian borders and to become a ‘leader in Europe’, starting with expansion to France in the first place, followed by Germany, and the UK, which all have strong B2B lease markets. Entry into the private lease market with second-hand cars was always another option but didn’t materialize yet.

Lizy will use the fresh money from Alychlo, the motherhouse D’Ieteren, and French venture capitalist New Alpha to make that ambition true for the planned assault on the French market.

It won’t be a walk in the park, though, as the big guys in leasing who used to offer limited second-hand car leasing as an extra are waking up. Higher residual values of plug-in hybrids and electric cars will fuel that market, and most expect it to become big business.

ALD Automotive, one of the world’s leaders in mobility solutions and car leasing, started in 2020 also to put its second-hand lease cars in a digital showroom as a part of the revisited online platform ALD Carmarket, under the brand 2Life Lease for professional clients.