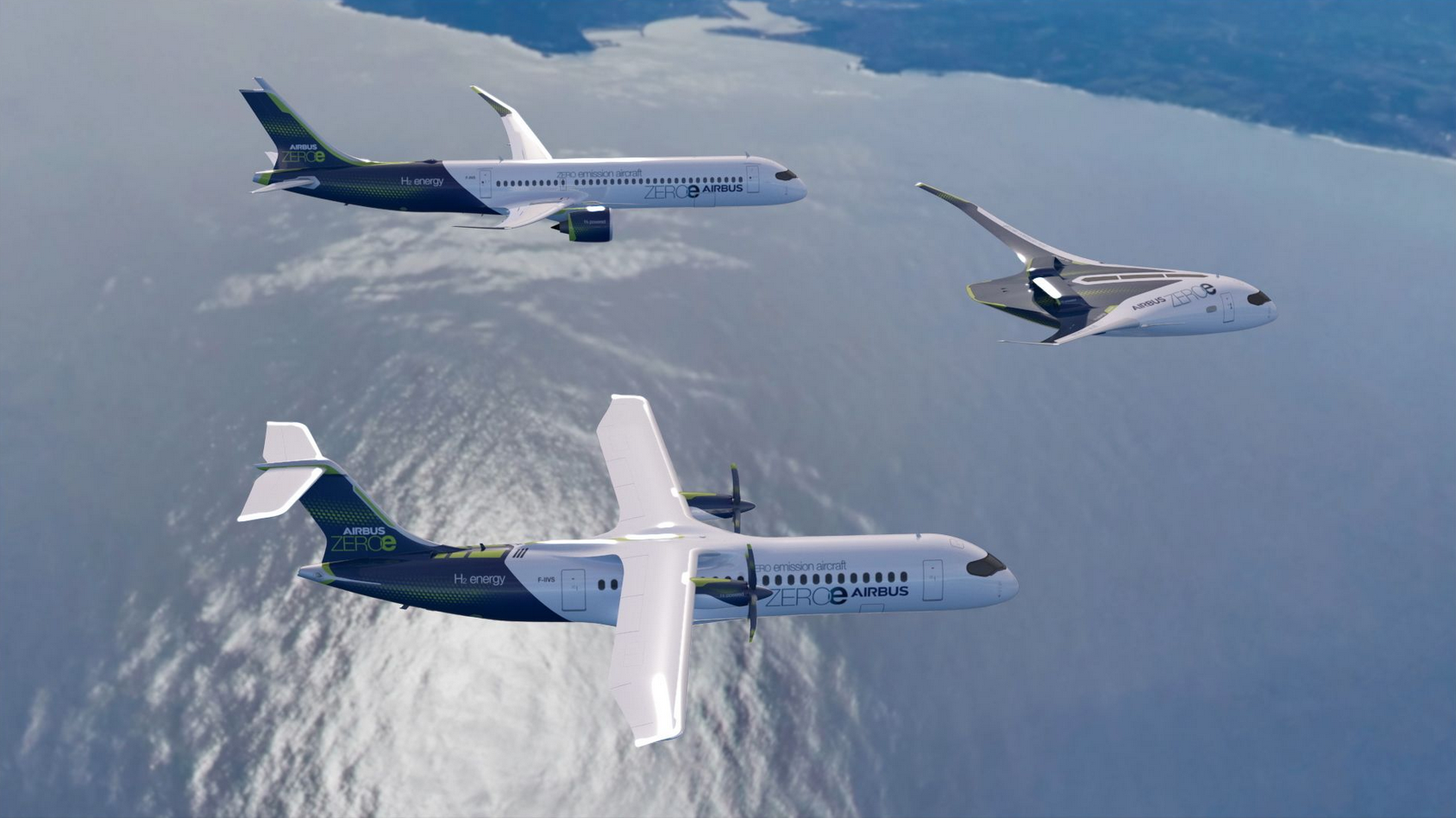 European aerospace giant, Airbus, presented in 2020 three hydrogen-driven concept airplanes of the future that should be able to fly ‘zero-emission’ by 2035. And it’s feasible, the company states /Airbus

The International Civil Aviation Organisation (ICAO), the UN body created in 1944 to regulate, among others, safety, efficiency, and environmental protection in global aviation, has agreed to the common goal to make the whole sector climate-neutral by 2050.

Of the 193 member states of the 41st Assembly in Montreal, the organization’s sovereign body that meets at least every three years, only four of them, among which China and Russia, made reservations.

An important historical statement, but it’s not legally binding, and ICAO cannot impose rules on countries. Nevertheless, national governments usually abide by what is agreed upon.

The general assembly meets every three years unless summoned by the permanent body, the Council of 36 countries. That Council consists of eleven permanent member states considered of ‘chief importance in air transport’: the US, China, Japan, Germany, the UK, France, Italy, Australia, Brazil, Canada, and the Russian Federation.

But the Russians were excluded from the governance council by the ICAO during the Assembly in Montreal in a never seen precedent. The sanction was voted by the member states as a reply to the Russian seizure of dozens of internationally leased airplanes after the invasion of Ukraine.

Other members of the Council are 12 states which make the most significant contribution to the provision of facilities for international civil air navigation, among which the Netherlands and the last group of states ‘ensuring geographic representation’, elected for three years.

Aviation is responsible today for 2,5 to 3% of global CO2 emissions, and traffic has so far doubled every 15 years. IATA, the commercial organization representing most airlines in the world, welcomes the decision of ICAO to confirm the goals the sector already adopted one year earlier.

IATA’s Director-general Willie Walsh warned that he expects individual states now to make more concrete steps to create incentives for increased production of carbon-neutral aviation fuel that will be needed to reach climate neutrality by 2050. IATA estimates required investments between 2021 and 2050 of up to $1 550 billion.

To make airplanes fly completely climate-neutral, they could be electric, fly on hydrogen instead of kerosine, or use Sustainable Aviation Fuel (SAF). Due to the weight of batteries and the limited range, pure electric flying is considered only for short distances.

Airplanes burning hydrogen are being developed by major companies like Airbus by 2035 at the earliest. But as planes have a lifespan of 30 years or more, a large part of the (growing) aviation fleet will still depend on classic fuels.

In July, the European Parliament agreed to set a roadmap for the sector to fly on sustainable aviation fuel (SAF) made from food waste, animal fat, or hydrogen, and CO2 instead of pure fossil kerosine. The MEPs went further than the EU Commission, setting the bar to 85% added SAF by 2050 instead of the proposed 63%.

They also decided that in 2050, half of the total jet fuel use in Europe will be synthetic. SAF can be a biofuel or an utterly synthetic kerosine, also called ‘e-kerosine’. The latter is made by combining captured carbon with green hydrogen produced from water and renewable energy.

In this way, by capturing the same amount of CO2 from the air that will be emitted during the actual flight later, the balance is carbon-neutral. But this method today is even more expensive.