SAIC’s MG and Maxus EVs to come with swappable batteries 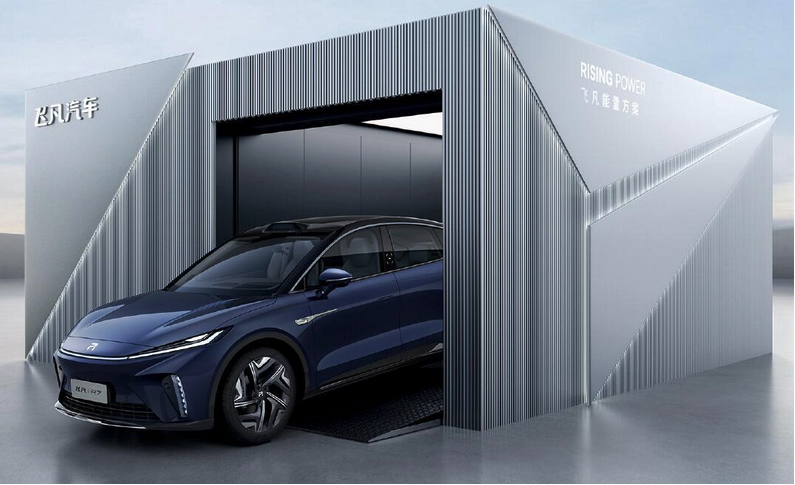 One of China’s major car manufacturers, SAIC Motor, known in Europe for its EVs under the former British MG brand and the Maxus vans, is stepping into the booming battery-swapping business with battery giant CATL and two giant oil companies.

A new joint venture is set up with as its core business the lease of swappable batteries for a whole range of electric vehicles, from sedans and SUVs, MPVs, to commercial vehicles, the company said. The first SAIC brand to offer it is Rising Auto, with the mid-size coupé SUV R7 delivered from October on. The other brands, Roewe, MG, and Maxus, will follow.

According to CnEVPost, the first steps for the joint venture called ‘Shanghai Jieneng Zhidian New Energy Technology’ is to develop 40 battery-swapping stations in China’s most important cities, Shanghai, Beijing, Guangzhou, and Shenzhen, and extend that to 300 by the end of 2023.

Four of China’s most prominent corporations

When you see four of China’s most prominent corporations joining forces for this battery-swapping idea, it must mean big business for the Chinese and, ultimately, will spread worldwide. CATL is today the most significant battery manufacturer in the world and has its own swapping technology, and SAIC is China’s largest EV automaker.

Oil companies Sinopec and  China National Petroleum Corp (CNPC) will provide these stations’ locations and energy supply. Sinopec Group is the world’s largest oil refining, gas, and petrochemical conglomerate, headquartered in Beijing. CNPC is a major national oil and gas corporation and one of the largest integrated energy groups in the world. In China, they run a network of +50 000 gas stations today.

They say the new Jieneng company will conduct research and development and promote battery swap technology to construct a complete ecosystem and a standardized platform. Typically, NEVs with a price tag above 300 000 yuan (€43 000) are not eligible for subsidies in China, except when equipped with a swappable battery.

Reducing pressure on the grid

China is promoting battery swapping to reduce pressure on the electrical grid. By having EVs swap their empty battery for a loaded new one in a few minutes, you could avoid EVs charging massively at the same peak hours and stressing the grid’s capacity. In addition, the stored batteries in the swapping stations all over the country can help balance the grid when needed as a backup solution.

For the EV driver, there is the benefit of not investing in expensive batteries, as they can be rented monthly. Swapping can be done in minutes, while charging still takes at least five to ten times more at fast chargers or hours at home. For professional users like taxi drivers, for instance, swapping saves hours. And time is money.

Swapping leaves an opportunity to use a cheaper lower-capacity battery for commuting during the week and have a long-range high-capacity battery rented for the weekend or holidays to make more extended trips.

NIO, the Chinese premium EV brand, has ventured furthest down the path of battery-swapping, with 1 123 battery swap stations today, according to CnEVPost. It opened its first swapping stations in Norway last year and its first in Germany recently and has built a factory in no time in Hungary to produce these stations for Europe.

Nio and European petroleum company Shell have entered into a strategic partnership to collaborate on charging and battery-swapping facilities in China and Europe. The company plans to open 120 battery-swapping stations in Europe by the end of next year.

NIO batteries can be purchased with the car or provided with a Battery-as-a-Service (BaaS) formula. In that case, the batteries are owned and leased by the third-party battery asset management company, Weineng Battery Asset Company, which was set up with China’s biggest battery manufacturer, CATL. As a result, consumers can have their battery pack swapped and upgrade or downgrade to different packs (70, 100, or 150 kWh) as needed.

VW sends Trinity flagship back to the drawing board