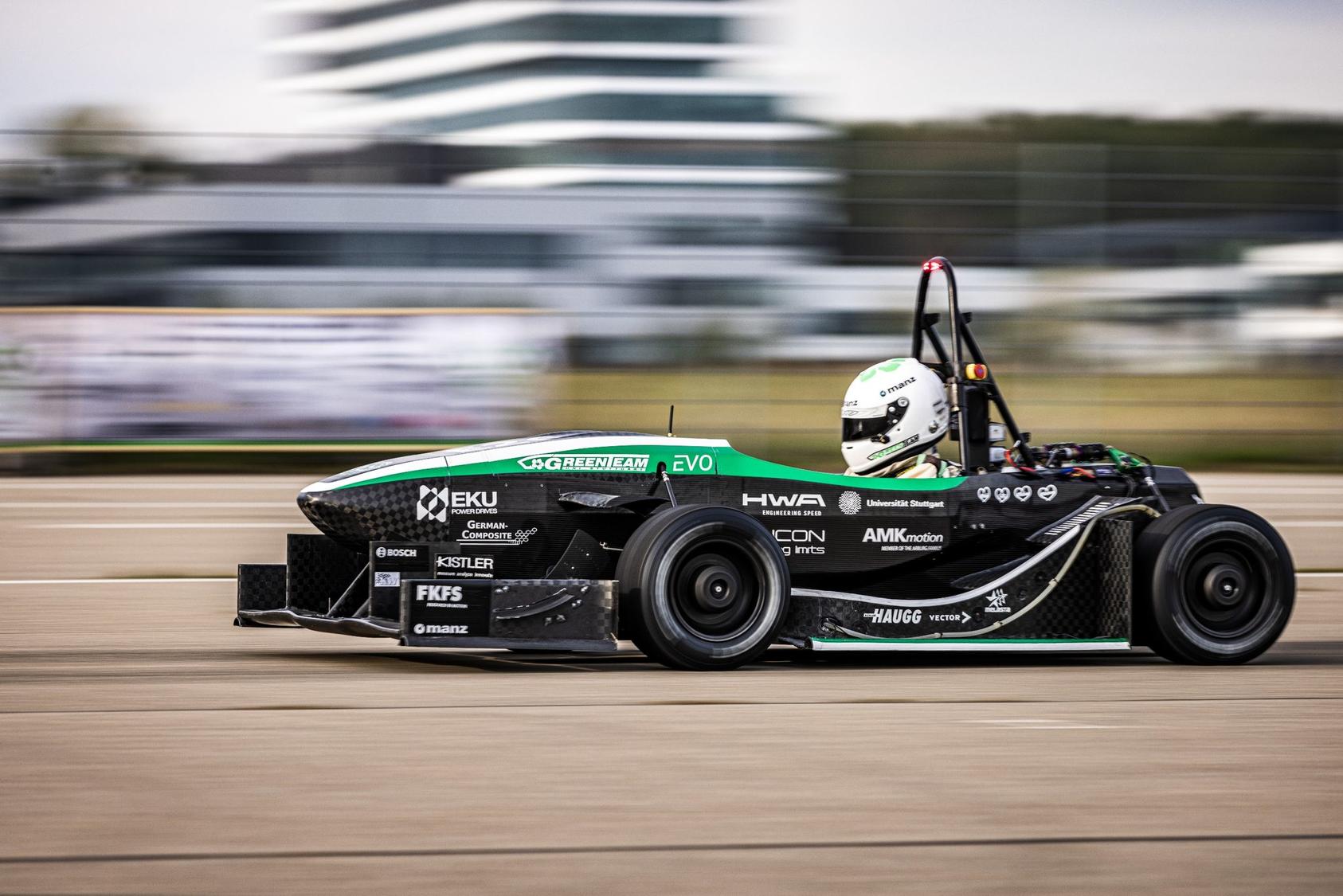 The student-run GreenTeam of the University of Stuttgart has again broken the acceleration record for electric vehicles, with a lightning-fast time of 1,461 seconds from 0-100 km/hour, beating the previous record of 1,513 seconds set by a Swiss student team.

Neither the Porsche Taycan nor the Tesla Model S Plaid comes close to the GreenTeam E0711-11 EVO in terms of acceleration. However, the student-built electric go-kart on steroids weighs only 145 kg and has 180 kW (245 hp) of power on board, which is transferred to all four wheels, giving it a peak acceleration of 2,5 g – faster than a Formula 1 car.

The carbon body, electric motors, and high-voltage battery pack are all developed at the University of Stuttgart. However, the record attempt was not without its setbacks: in July, during testing, the vehicle crashed into a tire barrier and had to be rebuilt, only for technical problems to hinder the first record attempt in early September.

Finally, with the autumn weather threatening to postpone the record attempt until next year, the students made a successful attempt on October 6, which Guinness World Records confirmed.

The university has shared a video of the record attempt, which shows the car separately warming up its front and rear tires by doing separate burnouts. The car is also light enough to be carried out of its transport by hand.

It should be noted that this record is for electric vehicles only. Guinness does not have an official overall 0-100 km/h record, but Top Fuel dragsters can reach 100 mph (160,9 km/h) in just 0,8 seconds, with a peak acceleration of over 5,5 g. Perhaps we will see a ‘Top Joule’ electric drag racing series in the future with even faster times.

The GreenTeam also takes part in the international Formula Student design competition, where university teams attempt to build an electric race car to participate in several disciplines, like acceleration in this case.

Each year, the student teams travel to Silverstone Circuit in the UK to participate in several static and dynamic events. The University of Stuttgart tops the leaderboard for most ‘Class 1’ wins with four. No Belgian university team has yet won this competition, but we have the solar car world record and the electric lap record of the Zolder circuit.