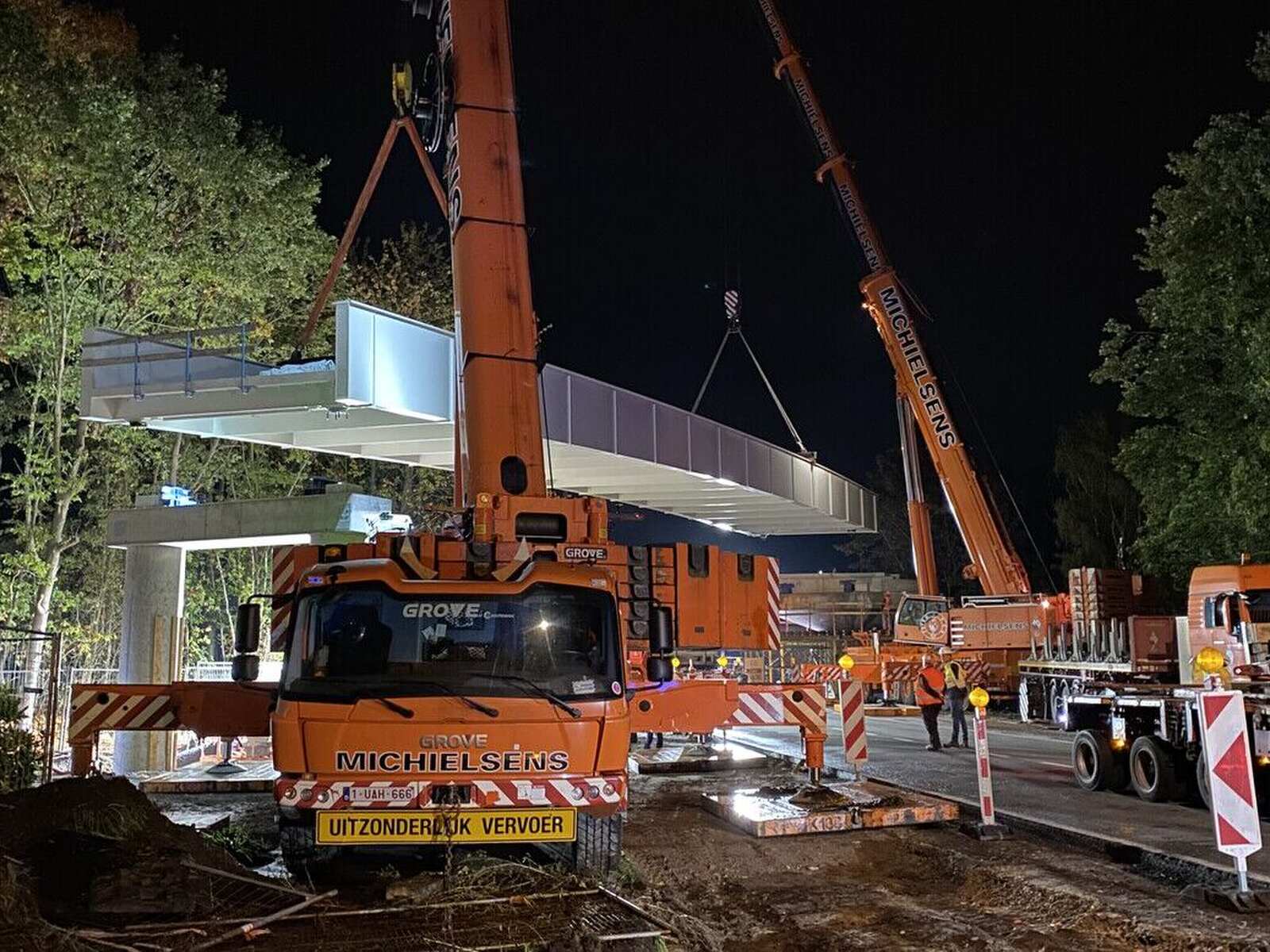 On Saturday night, the 140-ton bicycle bridge was lifted from the yard to the pillars on both sides of the Grote Baan in Helchteren /lydiapeeters.be

Helchteren has a new bicycle bridge. On Saturday night, the 140-ton steel bridge element was lifted from the yard to the pillars on both sides of the Grote Baan  (N715) in Helchteren (Limburg). Moving the 45-meter-long bridge bit by bit was no picnic.

On Saturday evening at 10 p.m., the Grote Baan was closed to all traffic in both directions. Traffic to or from Hechtel-Eksel and Helchteren had to make a 40-km detour.

Huge cranes and machines carefully placed the main bridge element over the road. The steel bicycle bridge is 45 meters long and weighs 140 tons. On Sunday morning, traffic could pass again.

The bridge was a missing link on the F74 bicycle highway on the north-south connection between Eindhoven and Hasselt via Pelt. It connects Hamont-Achel in the north to Sint-Truiden in the south of the Limburg province.

The newly installed bridge will be finished in the coming weeks. The bicycle bridge will be ready to use by March next year. Until then, cyclists have to ride around.

The Work Partnership (De Werkvennootschap) is responsible for the bridge’s construction. The bicycle bridge in Helchteren is one of the eight bicycle bridges the company will build this year in Flanders.