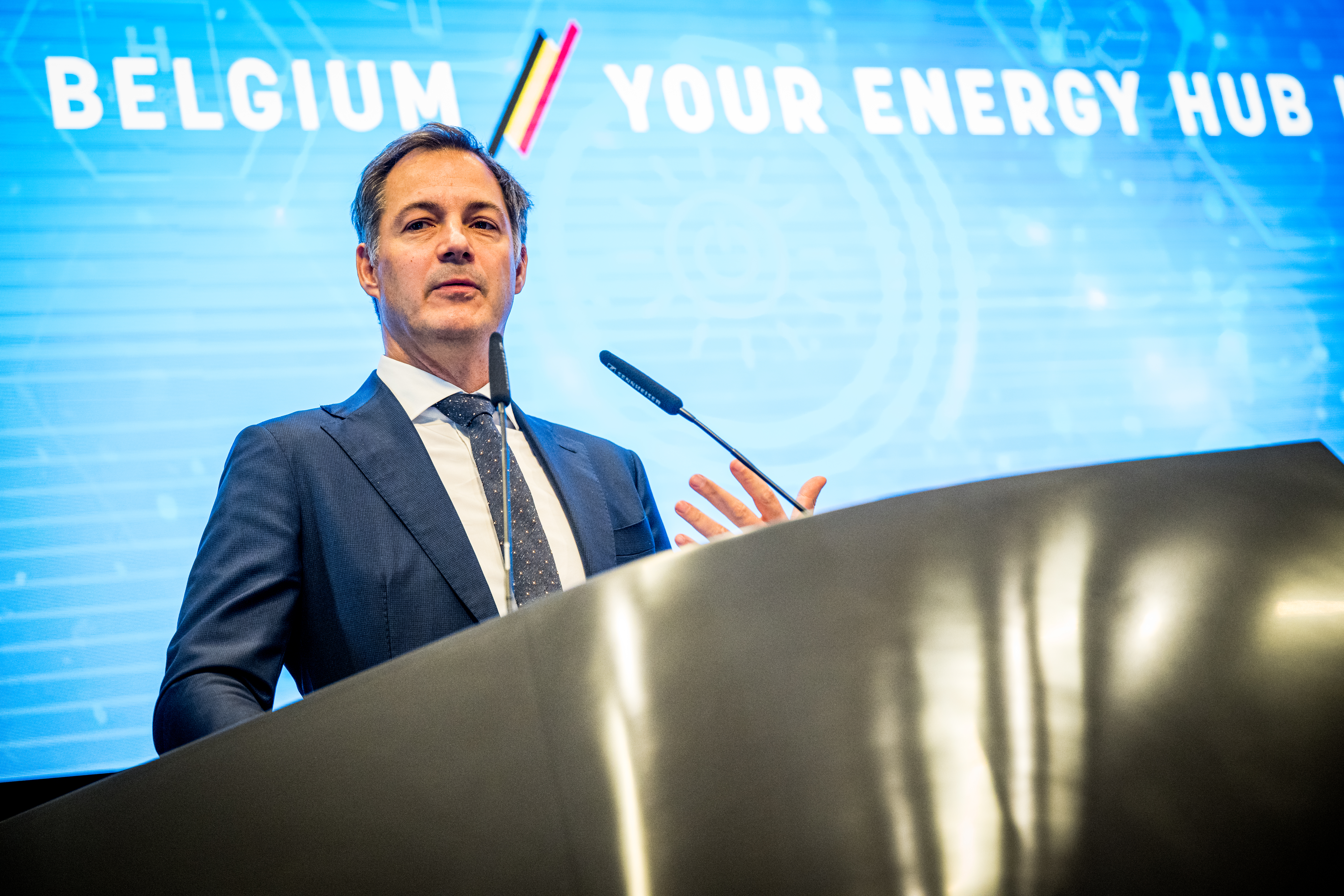 Belgium has the ambition to become a strategic hub for hydrogen in Europe. The new federal hydrogen strategy was launched on Tuesday. “We have to opt for hydrogen to avoid deindustrialization in our country,” said Prime Minister De Croo (Open Vld) at the presentation in the Antwerp Port House.

In March, the government decided to review the federal hydrogen strategy, adopted in 2021, and tighten its implementation. The relaunch of the strategy focuses on diversification of import, strategic storage, and strengthening Belgium’s position as a hub for renewable molecules. According to the Port of Antwerp-Bruges CEO, “the ports of Antwerp and Zeebrugge will play a crucial role”.

“Close cooperation will be essential,” De Croo said. “European governments must create a level playing field to keep our industry here. We have to provide the strategic infrastructure for hydrogen, like we earlier did for nuclear and wind energy and LNG (Liquefied Natural Gas). Otherwise, the industry will disappear, and we will lose our battle against global warming,” concluded De Croo.

Sustainably produced hydrogen will be an important asset to tackle the world’s economic and ecological challenges. It can be used to decarbonize the (chemical) industry and provide companies with a more stable energy flow in the long term. In today’s economic and geopolitical context, with the war in Ukraine and the peaking energy prices, the switch to hydrogen is more urgent than ever.

The Port of Antwerp-Bruges has the ambition to become an essential player in the production and import of green hydrogen. And becoming the European hydrogen hub implies some huge challenges.

First, the supply must be ensured by integrating European networks, infrastructure, certificates, and standards. In the second place, industrial clients have to be won over to switch to hydrogen. And finally, Europe must take into account competition from Japan and Australia.

Today, hydrogen still is too expensive to be used by the (chemical) industry. So, getting the relative price difference between diesel and hydrogen will be important. In other words, the price difference has to be made positive to the detriment of fossil fuels. “The sooner we succeed in this, the sooner hydrogen will break through,” Alexander Saverys of shipping company CMB explained to press agency Belga.

According to Jacques Vandermeiren, Port of Antwerp-Bruges’s CEO, the implementation in the field will make the difference. “With the energy crisis, we notice how dependent we are. We have the infrastructure, the knowledge, and the necessary links to be successful. Every transition is difficult, but we have to do this.”

According to Thomas Dermine, the Belgian industry has the potential to become the world champion in the green hydrogen economy.”The national recovery plan includes seven projects worth a total of 500 million euros for developing a sustainable hydrogen economy. The plan supports our companies in realizing their international ambitions.

Electrification, as an alternative to fossil fuels like oil and gas, will never be able to accommodate all industrial processes. The are not many alternatives for the petrochemical industry, for instance.

Even heavy transport, ships or planes, cannot switch to electricity. Hydrogen, or derivates such as ammonia, methanol, and methane, will play an important role. The derivates can be useful in chemical processes or transformed into hydrogen again.

A promising method for the production of hydrogen is the electrolysis of water. However, the cheapest way is to produce hydrogen in countries with high renewable energy potential, such as huge solar farms in desert areas or large wind farms. Due to the current energy crisis, strategic storage is prominent.