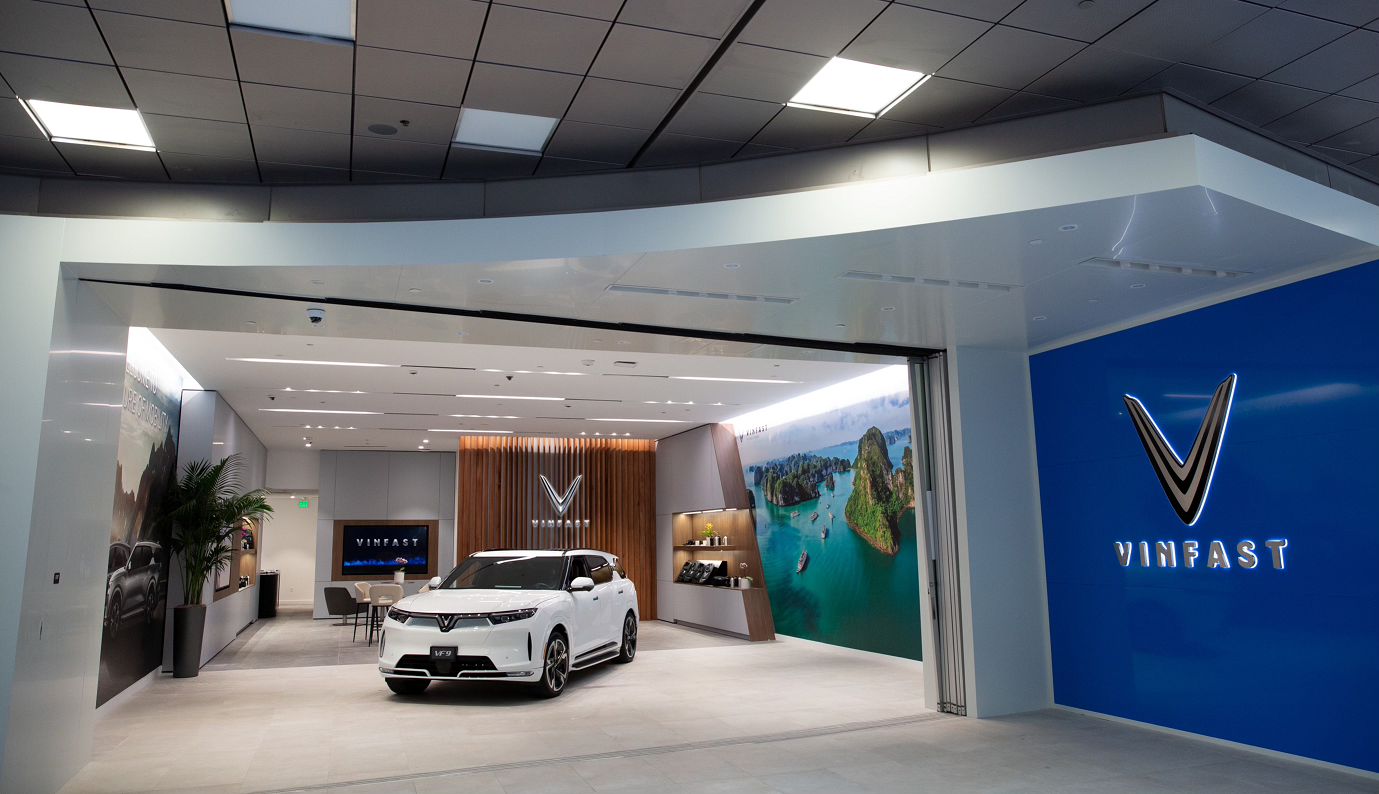 Vinfast stores will vary in size from display locations in shopping centers, such as this example, to large flagship stores with service centers /Vinfast

The Vietnamese car manufacturer Vinfast has announced its first European store locations, with the Cologne (Germany) store to kick off its European debut in November 2022. In addition, stores in France and the Netherlands are also announced to be coming soon, with those three countries also housing the three European headquarters for Vinfast.

In September, Vinfast celebrated its launch with the delivery of the first 100 VF 8 models. Now, the Vietnamese brand announces more details for its European launch at the Paris Motor Show, where it first debuted its Pininfarina-styled models in 2018. European sales will kick off in November 2022 with the opening of a ‘flagship’ store in Cologne, Germany.

Later, but before the end of the year, other stores will be opened in Paris and Nice (France), and Amsterdam (the Netherlands), with more German locations coming to Berlin, Munich, Frankfurt, and Hamburg. These three countries will also house the European Vinfast headquarters.

According to the Vietnamese manufacturer, hundreds of employees are already in place in these European markets to ensure a smooth launch. However, no physical Belgian presence has yet been announced.

The European offering consists of two models: the Vinfast VF 8 and VF 9, both battery-electric SUVs, but the VF 8 is a mid-sized model, with the VF 9 as the larger flagship. For the VF 8, Vinfast offers a leasing solution from € 599 per month, including the battery, a purchase price of € 46 050 with a battery subscription of € 120 per month, or an all-in purchase price of € 62 200, which places it in the same league as the Tesla Model Y and Toyota bZ4X, among others.