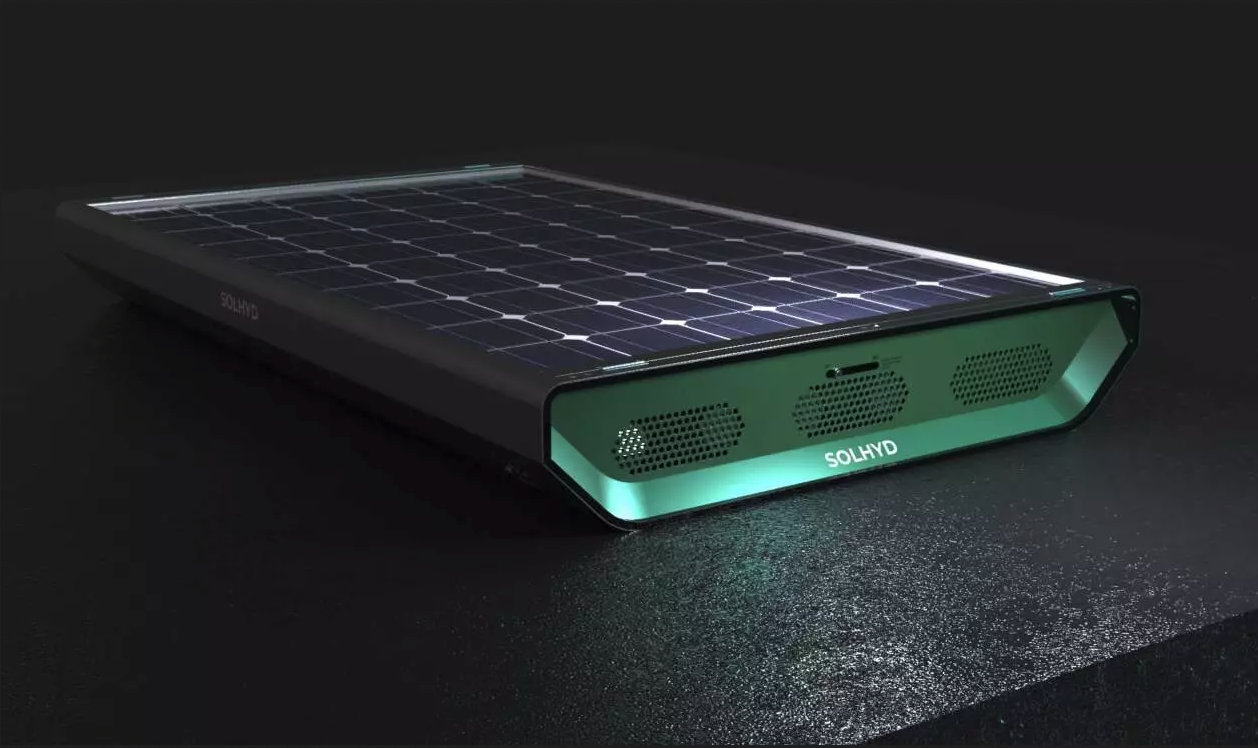 At the TRANSfarm, a site near Leuven meant for up-scaling technologies developed at the Louvain University, the Belgian SolHyd research project is readying a 350 m2 production space for its hydrogen panel.

The project was presented to the general public on Wednesday, as the province of Vlaams-Brabant provides a subsidy of €146 000 to help scale up to commercial production of 5000 panels per year by 2026.

The panel, now cast into an attractive industrial design by Comate Engineering & Design, can generate up to 250 liters of hydrogen from the moisture in the air, just using solar energy.

Electricity is produced by the top layer solar panel, with underneath a system of tubes where the hydrogen is extracted directly from the air using a membrane.  A revolutionary development that is watched closely around the world

In the future, the researchers say, even households could use these panels to generate hydrogen, which they can use to heat their homes and provide them with electricity. It could also be stored and used to power fuel cell electric cars. In theory, twenty of these SolHyd panels could be enough to power a Toyota Mirai. 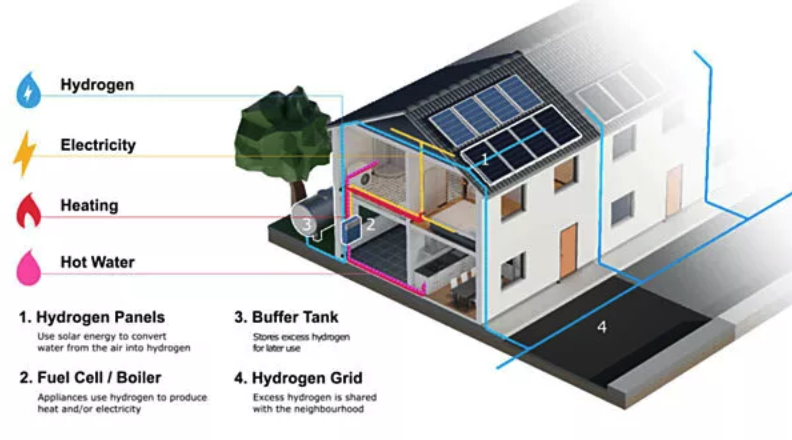 Hydrogen ‘distilled’ from the air without any emissions, using free solar energy: it looks genius. The technique is called ‘direct solar hydrogen production’, and while several start-ups in the world are experimenting with it, none landed as far as the Belgian researchers. They get it directly out of the air without using water as such.

The most commonly used method to get so-called ‘green’ hydrogen without CO2 emissions in the production process is electrolysis, splitting (very clean) water into hydrogen (H2) and oxygen. But that requires electricity from renewable sources like solar panels or windmills. And quite a lot of it, as 30% of the energy is lost during the process.

The ‘hydrogen solar panel’ from the research team, led by Professor Johan Martens, uses a unique combination of physics and chemistry with solar energy and membranes to draw pure hydrogen directly from the moisture in the air.

And it doesn’t need to rain for that. It can be relatively dry, plain air, even in the desert where at least the sun is abundant. SolHyd is testing panels in Cape Town, South Africa, now, where it has built a test station to see how it performs extracting moisture under different weather conditions. The amount of sun and humidity in the air is crucial for hydrogen production.

The research team is also testing its first hand-built prototype panels in ‘real-life conditions’ on the roof of a house in Oud-Heverlee near Louvain that provides in its own energy needs.

It has regular solar panels and backup batteries, a heat pump for heating, a Tesla car for driving, and 20 hydrogen panels. If the experiment, funded by the Flemish Agency for Innovation and Entrepreneurship (VLAIO), turns out well, more family homes will be equipped with hydrogen panels.

The project has now outgrown its lab, and it focuses on making it a product ripe for the market that has the potential to go ‘viral’ around the world. When prices drop, it should be far cheaper to produce hydrogen this way than using electrolyzers.

Louvain-based engineering company Comate developed an attractive design for the panels. They can operate entirely independently from external energy sources other than the sun. 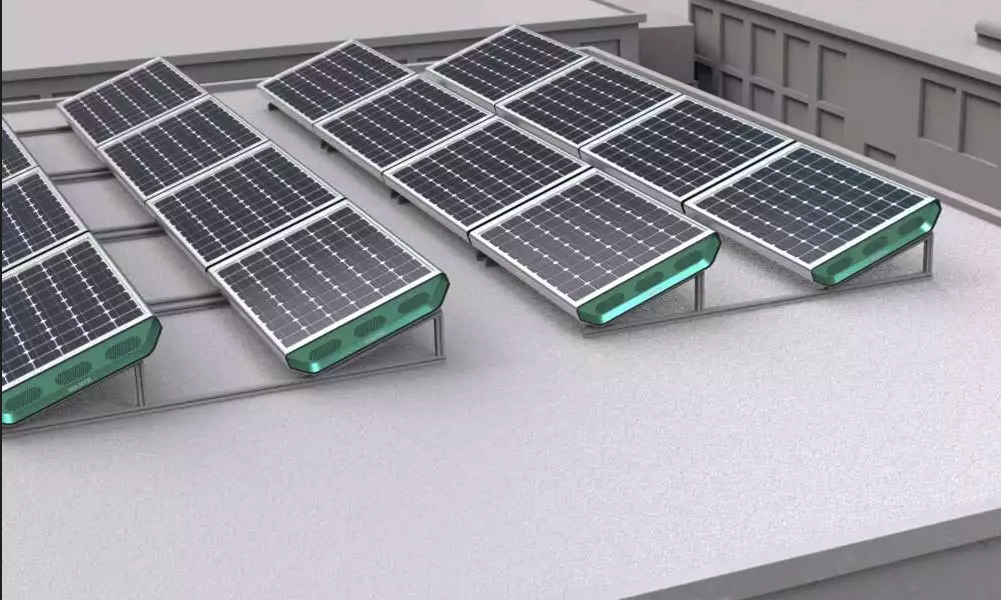 The next step is the development of an industrial production line for the hydrogen panels. The university’s TRANSfarm site in Lovenjoel is dedicated to scientific research on a pilot scale in the broad field of sustainable bio-economy and translational biomedical research. There, a hall with room for five different pilot technologies is included.

The pilot production methods will be tested and fine-tuned to become a standard product with a production capacity of 5 000 panels per year in the final phase, end of 2023.

The researchers believe when mass-produced, prices for this kind of panels could drop dramatically over time to a level it becomes commercially viable for everybody, as we saw in the evolution of solar panels.