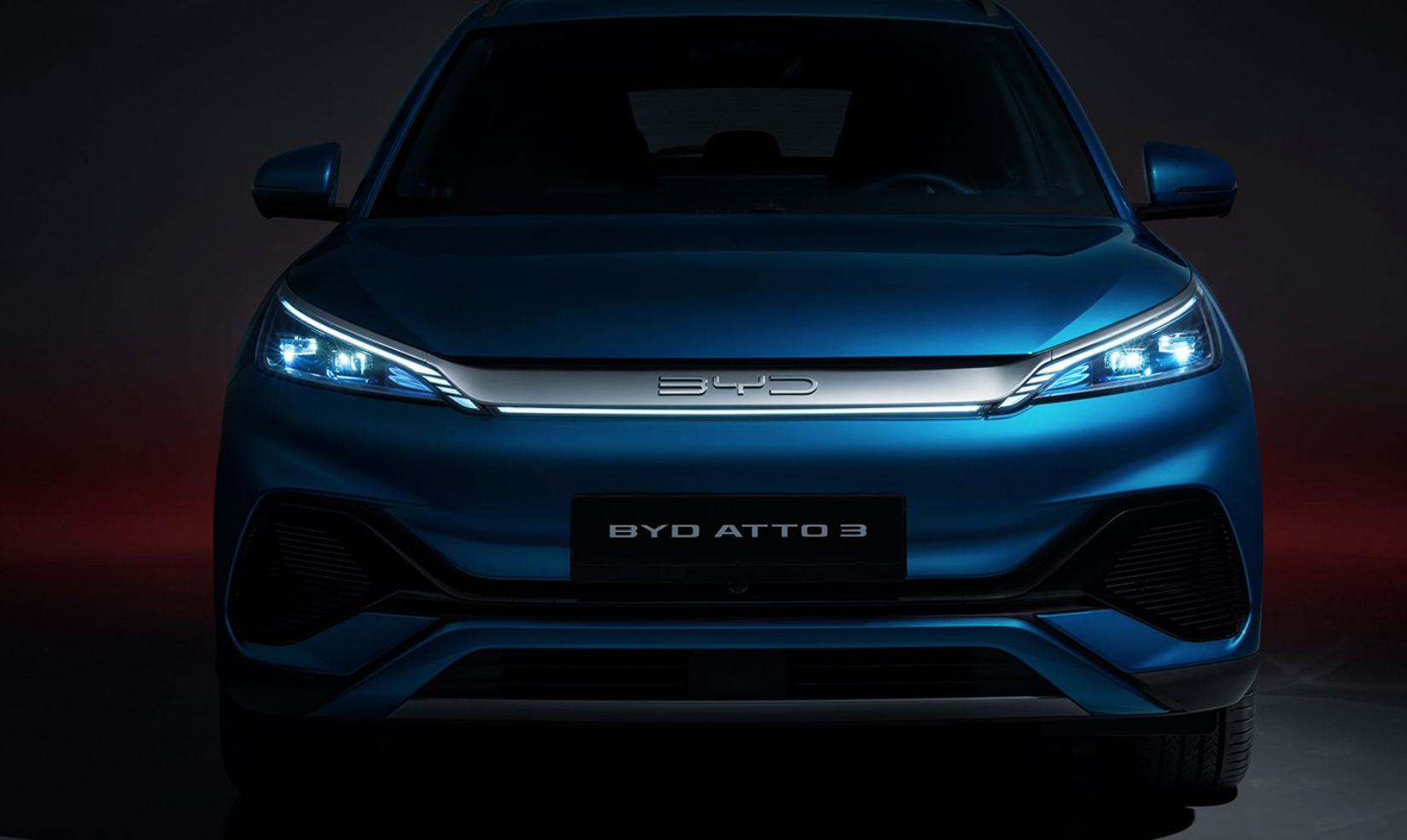 The Chinese manufacturer BYD has finally launched its attack on the European market. After starting in Norway two years ago, BYD now wants to deliver its vehicles to Germany, Sweden, Denmark, the Netherlands, Belgium, and Luxembourg. The markets in Austria, France, and Great Britain are still to follow in 2022.

To do so, it will rely on three models in the beginning, but the model range will soon be expanded to five different cars. In Europe, they will all be fully electric. BYD (Build Your Dreams) recently ceased to produce genuine ICE cars a few years ago and is now the biggest producer of BEVs and PHEVs in the world. There are already 2,3 million so-called New Energy Vehicles (NEVs) from BYD on the roads in China.

Being also a battery specialist, BYD has developed its own battery technology, the so-called Blade battery. Its advantages are that it is safer, more sustainable, and it lives longer. Unlike many others, it doesn’t use rare earth metals like nickel, cobalt, and manganese (NMC) but uses lithium, iron, and phosphate instead (LFP).

Three models, to begin with, two to come

BYD is starting its European offensive with three models, the Tang, a big SUV seven-seater, the Han, its sedan counterpart, and the Atto 3, a C-segment SUV that will become the battleship and is already based on the new, dedicated 800V electric Platform 3.0 BYD has specially developed for its future electric cars.

This week, BYD not only presented the above trio at the Paris Motor Show le Mondial but also its Seal electric sedan, which has already been launched in China, as a competitor for the Tesla Model 3. With good reason: the BYD Seal will also be available in Europe in the course of 2023. In addition, BYD is also considering a fifth, compact electric model (B-segment), known as the Dolphin in China, to be introduced in Europe in the second half of next year. Both models are also based on BYD’s e-platform 3.0.

Belux at the forefront

In Belgium and Luxembourg, BYD will be imported by independent importer Inchcape, also the importer of Toyota. Inchcape has started recently with a BYD showroom near Brussels (Zaventem). Others will follow in Antwerp, Ghent, and Luxembourg. All in all, nine dedicated service centers will be foreseen in the future.

In contrast with other new manufacturers, BYD sees the Belgian and Luxembourg market as very interesting ones to start with. It has to do with the importance of the fleet market here. BYD analyses correctly that the BEV market will first grow through the fleet market, as there are enough incentives available to promote electric cars. In contrast, the market of individual buyers is still very reluctant.

BYD thinks it will do 90% of its initial turnover on the fleet market to access the market. Its battleship there will be the Atto 3, delivered in full spec for €45 990 on the Belgian market and offered for €650 to €750 in a leasing contract for four years and 100 000 km. BYD sees one of its strongest arguments, apart from being a real BEV specialist, that its cars are readily deliverable. As a large part of the entire supply chain is internally managed, it has no problems with parts shortages whatsoever.

The much bigger Tang and Han, both still based on a former chassis that also accepts plug-in hybrid technology and ICE engines, will be offered at the same price on the Belux market: €71 390 all-in. They both develop more than 500 horsepower and have two electromotors and an all-wheel drive. The battery capacity turns around 86 kWh net; the range is 400 to 520 km (WLTP combined) respectively.

To an Atto range?

The Atto 3 is a front-wheel-drive with a 150 kW (204 hp) electromotor. Its 60 kWh battery has a range of 420 km (WLTP combined). The Dolphin, arriving in October next year, as a B-segment compact hatchback, is likely to be positioned a good deal below the Atto 3 and become BYD’s entry-level proposal. In the versions for the Chinese market, the battery is also significantly smaller at 30,7 or 44,9 kWh.

For the Seal, it is not clear yet which versions BYD wants to offer in Europe. In China, the simpler model, with around 60 kWh and 150 kW drive power, is similar to the Atto 3, but it has rear-wheel drive. It will most likely be offered at comparable prices to the Atto 3. However, there is also a 230 kW version with a battery of over 82 kWh. This version is likely to be priced seriously higher.

The Belgian importer not being so happy about the given names of its BYD cars – in China, the names Han and Tang may have a meaning, referring to imperial dynasties, in Europe, they sound a little awkward – Inchcape is trying to push the launch of models number four and five as Atto 2 (for the Dolphin) and Atto 4 for the Seal. We’ll see if the Chinese will agree. BYD will also be present at the Brussels Motor Show in January 2023.