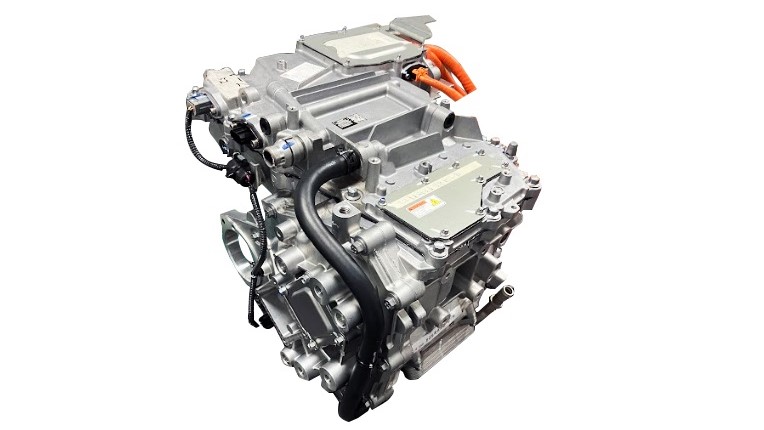 Nidec supplies electric motors for several Chinese EV manufacturers, including Guangzhou Automobile Group Co (GAC) and Geely. Its first-generation E-Axle, which integrates the motor, gearing, and inverter in one unit, has made its way to more than half a million vehicles and is available in 100, 150, and 200 kW variants.

This second-gen E-Axle makes some improvements to the E-Axle Gen.1, launched in 2019. Firstly, the E-Axle Gen.2 is 19% lighter and has 20% better power density thanks to smaller magnetic circuits and inverters. Also, improved magnet cooling means fewer rare-earth minerals like dysprosium and terbium must be used to enhance these magnets’ heat resistance.

Finally, motor noise has been reduced by 6 to 8 decibels. The E-Axle Gen.2 will be produced in the same power variants as its predecessor and weighs just 57 kg in its 100 kW variant, which is the first made in the Guangzhou, China factory.

Earlier this year, Stellantis announced a joint venture between the multi-brand constellation and Nidec to produce electric motors at the old diesel engine plant in Trémery in France. These new ‘M3’ electric motors, made under the Emotors name, are present in the new Peugeot e-308 and updated e-208 with 115 kW of peak power.

They replace the 100 kW motors from the German supplier Vitesco, which are present in every Stellantis EV. No word, however, on whether the Emotors products use the same technology as present in the Nidec E-Axles.