BMW bets on (at least) two horses, EV and FCEV 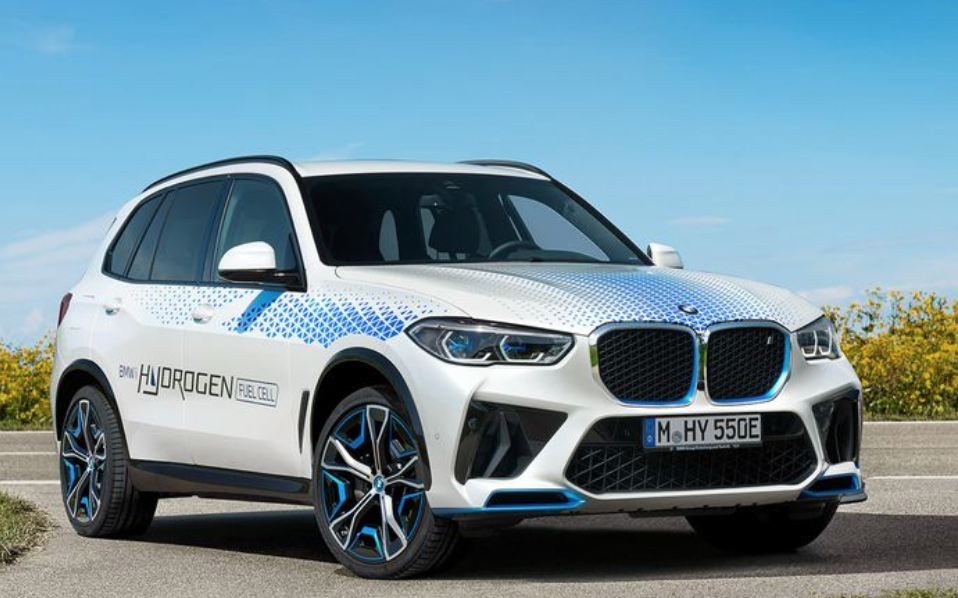 The BMW Group has presented plans on how to expand the capacities for EV component production. At the same time, CEO Oliver Zipse declares that, in the future, “hydrogen, not electric, will be the hippest thing to drive”. However, the Munich-based premium manufacturer doesn’t want to put all its eggs in one basket.

“To say that in 2035 there’s only one drivetrain available in Europe is a dangerous thing,” Zipse said in Goodwood last week when the electric Rolls-Royce Spectre was revealed. “For the customers, for the industry, for employment, for the climate, from every angle you look at, that is a dangerous path to go,” he continued. “There will soon be markets where you have to drive emission-free but have no access to public charging infrastructure.”

Never out of sight

BMW has played with the idea of using hydrogen as a power source for many years. In 2005, BMW built 100 ‘Hydrogen 7’ vehicles that used hydrogen to be burned in their V12 engines. In addition, it recently unveiled the fuel cell iX5 Hydrogen concept car at the IAA  Motor Show in Munich, Germany, in 2021.

In August, the company started producing fuel-cell systems for a production version of its hydrogen-powered iX5. BMW will start delivering some 100 of the iX5 hydrogen vehicles to selected partners in Europe, the US, and Asia from the end of this year, to learn more about how hydrogen-powered vehicles live and behave in the real world.

As a comment on this, Zipse said that BMW would eventually offer five different drivetrains to help diversify alternative-fuel options within the group. It could even extend to the new ‘crown jewel’, the fully electric Rolls-Royce Sceptre.

“To house, let’s say, fuel cell batteries? Why not? I would not rule that out,” said Rolls-Royce CEO Torsten Müller-Ötvös at a roundtable conversation in Goodwood for the debut of the Spectre. “There is a belief in the group that this is maybe the long-term future,” he added.

BMW’s continued commitment to hydrogen has become an increasing outlier position in the automotive world. Electric vehicles have become the dominant alternative drive in the last five years. As a result, direct competitors like Mercedes-Benz and Audi almost scrapped their plans to develop fuel-cell vehicles and invested heavily in pure-electric vehicles instead.

Another FCEV-believer, Hyundai, seems to hesitate too; only Toyota is also determined to go on with the hydrogen solution. Maverick Mazda even thinks of combusting hydrogen in a small rotary engine used as a range extender in its electric MX-30, a solution Renault also points at in its prototype Vision concept for the new Scenic.

All-in-all, there’s a consensus in the industry for the moment that hydrogen can better be used for other purposes in the energy transition and that it’s less suitable for driving regular cars. However, there seems to be a larger window of opportunity for heavier vehicles.

On the other hand, BMW Group is also accelerating its EV development. The Group has just presented plans to expand EV component production capacities at the Leipzig site by 2024. In the future, eight production lines are planned on which various production steps of battery assembly will take place.

The two existing battery module lines will be expanded by another line and five cell lacquer lines in the coming year. Furthermore, according to the BMW announcement, two new high-voltage battery assembly lines will be commissioned in 2024 to be used, among others, in the electric version of the future Mini Countryman, which will also be built in Leipzig.

The component lines are being built on the sites where the i3 and the i8 PHEV sports car were constructed previously. Both are now gone, after the production of more than 250 000 i3s and some 20 000 i8s stopped. There are currently 700 people working in battery component production at the Leipzig site, and by 2024 there will be more than 1 000.

According to BMW, the company is investing more than €800 million in developing EV component production at the Leipzig site. “We are working consistently to advance the transformation to electromobility,” says Markus Fallböhmer, Head of Engine and E-Drive Production at BMW AG. “We continue to develop our e-drive production network to make it happen. From 2024, the entire process chain for high-voltage battery production will run not just at Dingolfing but at Leipzig as well.”

From prismatic to round cells

In its current electric cars – from the iX1 and iX3 over the i4 and the iX to the upcoming i7 – BMW relies on prismatic cells, which are painted and assembled into modules in-house as described above. For the upcoming EV platform for the ‘New Class‘, however, the Munich-based company will switch to round cells and structural battery packs.

So far, three cell suppliers have been confirmed in this scheme. Chinese CATL and Eve Energy were established for some time; just last week, BMW announced that it would purchase round cells from Envision AESC for the upcoming production of electric SUVs in its US plant in Spartanburg.