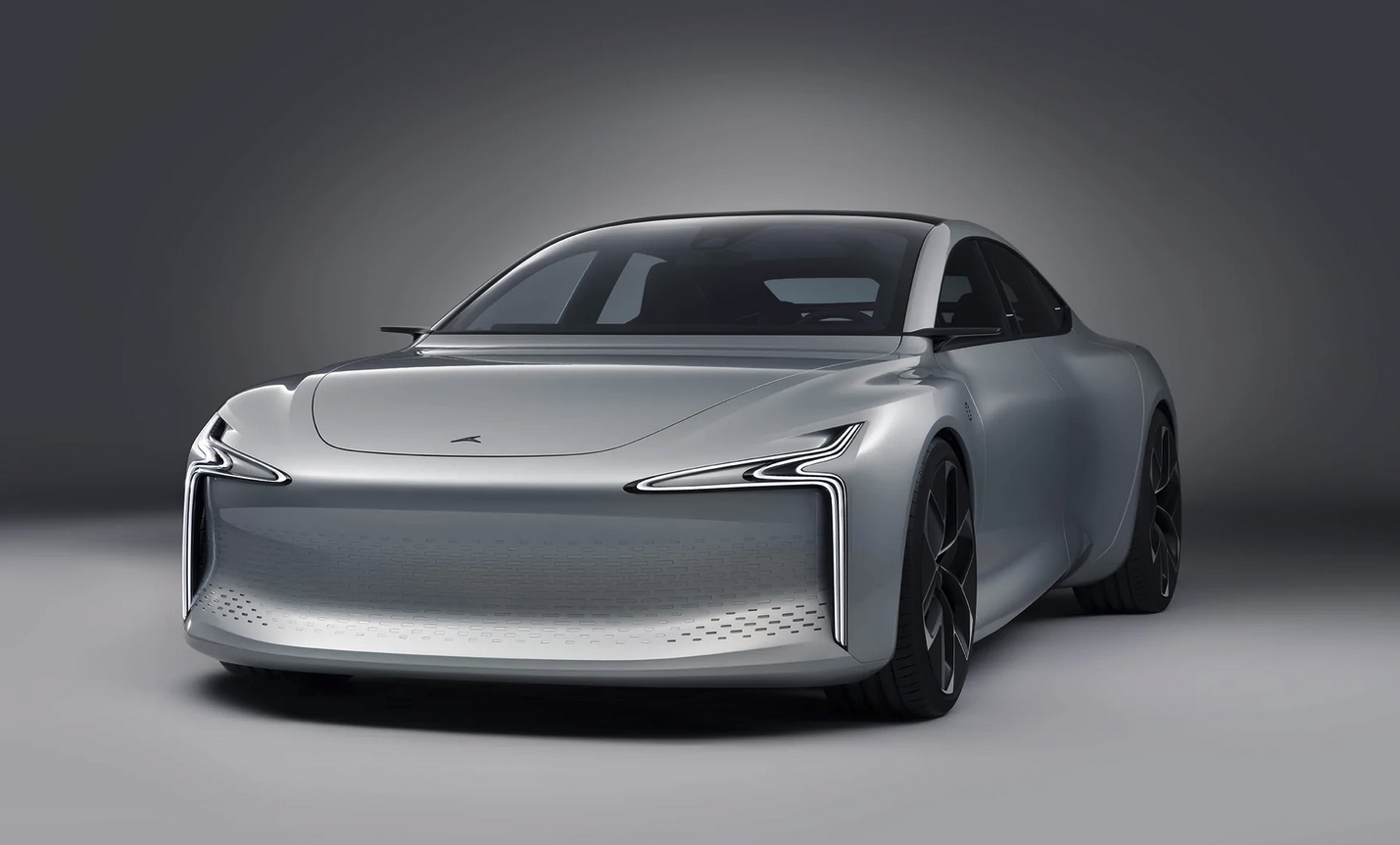 The Hopium Māchina, was styled by Félix Godard, a former designer at Porsche, Tesla, and Lucid. It is a sleek sedan with a glass rooftop extending all the way to the rear /Hopium

The bank’s specialist in sales and financing of cars will offer hydrogen-powered premium cars to its customers after production starts in 2025. Pre-ordering for the €120 000 Hopium Māchina is open for individuals at 656 euros on the website. That figure refers to the atomic wavelength of hydrogen.

Production is to start in 2025 in a new factory in the North of France, in the region of Douains, CEO Olivier Lombard announced in September. Once operational, the production lines will be capable of an output of 20 000 vehicles per year. The site will also include a center for research and development.

As a prototype, there is little known about the final specifications we’ll find in the production model. The sleek sedan, called Māchina, was styled by Félix Godard, a former designer at Porsche, Tesla, and Lucid.

Godard learned the trade tricks successively at Porsche on the Mission E-project, the forerunner of the Taycan, worked on the Model 3 at Tesla, and the Air at Lucid Motors. He also made a passage at the autonomous vehicle company HYPR.

Today, the team has expanded to some 30 people, working merely at a site at the race circuit of Linas-Montlhéry, about thirty kilometers south of Paris, in an engineering studio in Munich (Germany) and a technology center in Los Angeles (US).

The final production fuel cell car will feature +500 hp, a top speed of 230 km/hour, 0-100 km/h acceleration in under 5 seconds, and a range on the hydrogen of 1 000 km. The ascending fuselage and the kinetic grille are optimized for fuel cell system cooling and vehicle aerodynamics.

The car’s rooftop is a glass dome extending from the windscreen in front to the rear. According to the website, it offers an unparalleled sky view. “With a simple hand gesture running through the central spine, passengers can either opacify or turn the glass expanse into a panoramic window with the active shading function.”

The Hopium Māchina technological platform is meant to set the standards for a new generation of hydrogen vehicles, the company claims. It combines fuel cells and electric motors with a 10 kg hydrogen storage at 700 bar in T-shaped carbon-fiber tanks partly stowed in a car-long center console. The lightweight materials keep the car under two tons. 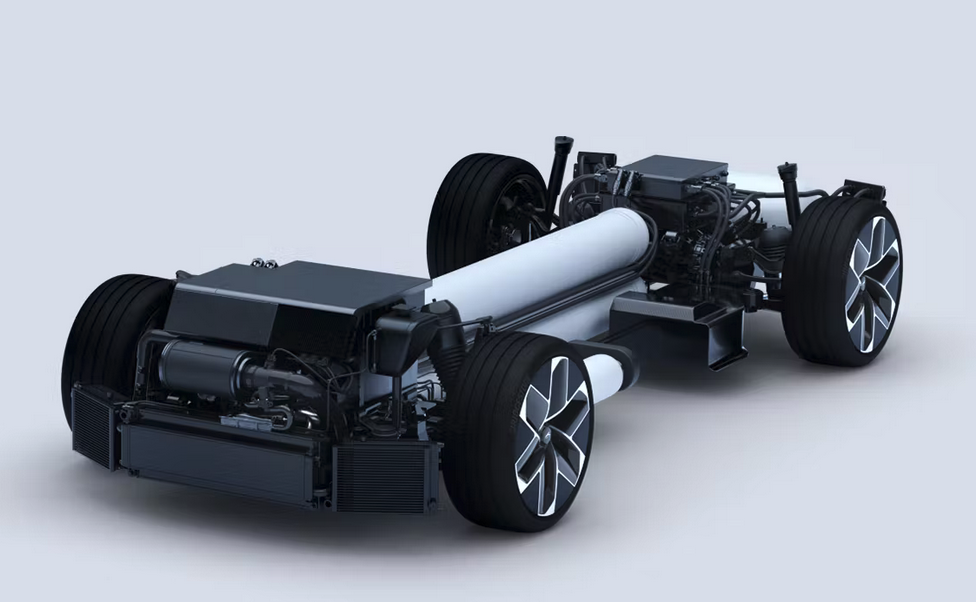 In the interior, the ‘central spine’ makes a clear division between the right and left seats. The dashboard extends over the whole width of the car from pillar to pillar, like in the Mercedes EQS. It can transform into a full or minimized layout as desired ‘in a wave-like motion’.

Hopium claims to know something about high-performance cars and hydrogen, as it was founded in 2019 by the now 31-year-old racing driver Olivier Lombard, winner of the 2011 edition of the 24 Hours of Le Mans competition and test pilot for the hydrogen race car prototype Green GT LMPH2G (Swiss-French).