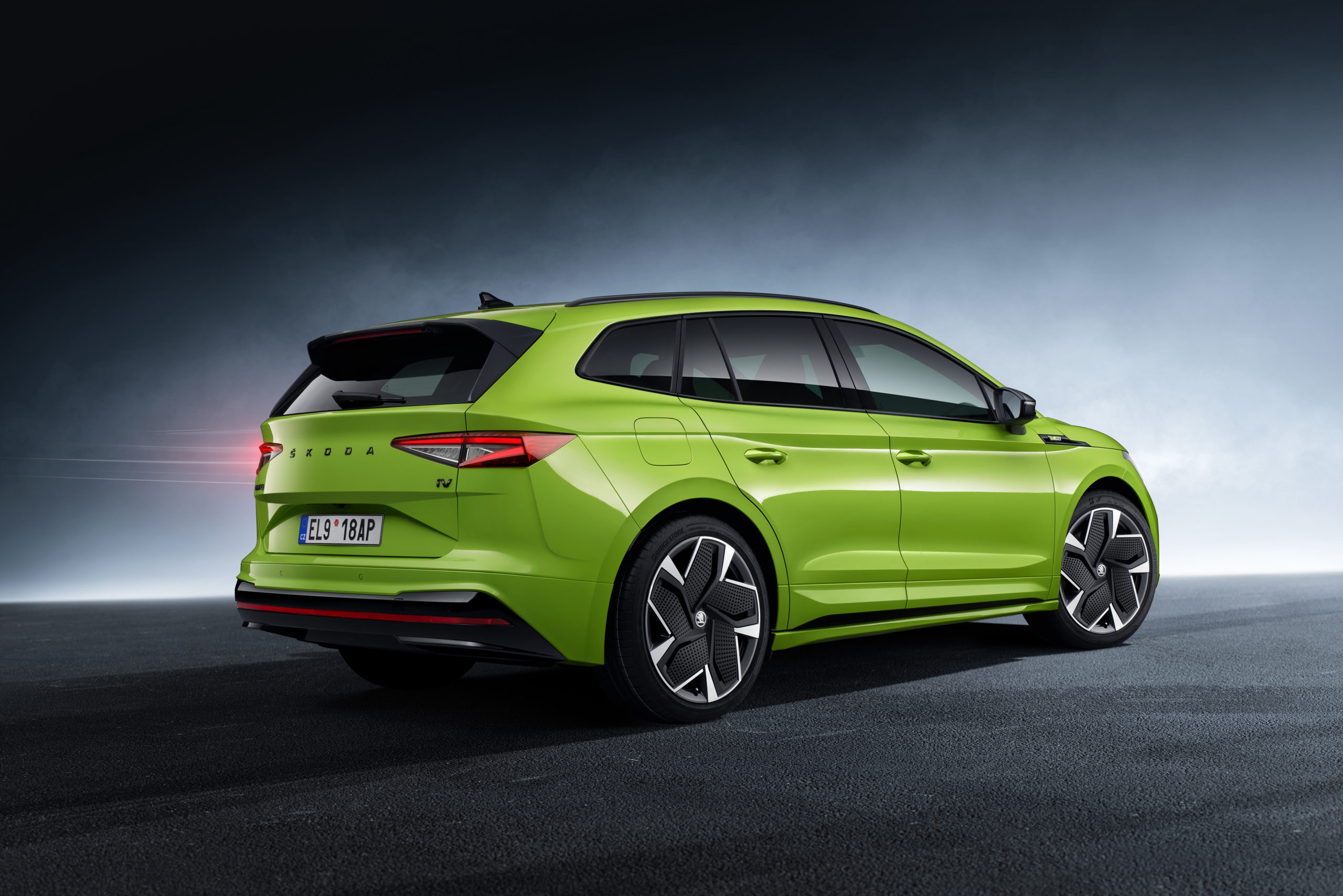 After releasing the Enyaq RS Coupé iV with a 220 kW (299 hp) dual-motor drivetrain, Skoda has given the non-Coupé version of its electric SUV the same sporty treatment. In addition, the RS model also gets visual changes to enhance its sporty appearance.

Visually, the Enyaq RS iV differentiates itself from its more mundane brothers with its gloss black illuminated grille, with the same black accents returning on the window frames, mirror covers, and read diffuser.

The front of the car also gets an RS-specific bumper, with the whole body resting 10 to 15 mm lower thanks to the standard sports suspension. The Mamba Green body color is exclusive to the RS. The wheels measure 20 or 21 inches and get aero trims to improve range.

The Enyaq Coupé RS iV reaches up to 523 km, according to the WLTP cycle, but the SUV model strikes back with a larger trunk: 585 to 1 710 liters beats 570 to 1 610 liters. Rear visibility is also better on the SUV model.

The interior gets black headlining, black microfiber on the dashboard, and seats with lime-colored stitching and piping, carbon-effect trim panels, and ambient lighting, with the default color being… green.

No word on pricing or availability yet, but the price difference between a regular Enyaq and the Enyaq Coupé is about 3 000 euros. With the Enyaq Coupé RS’s price tag of 65 395 euros, we expect the Enyaq RS to cost around 62 000 euros.