Toyota’s second EV, the bZ3, is only for China 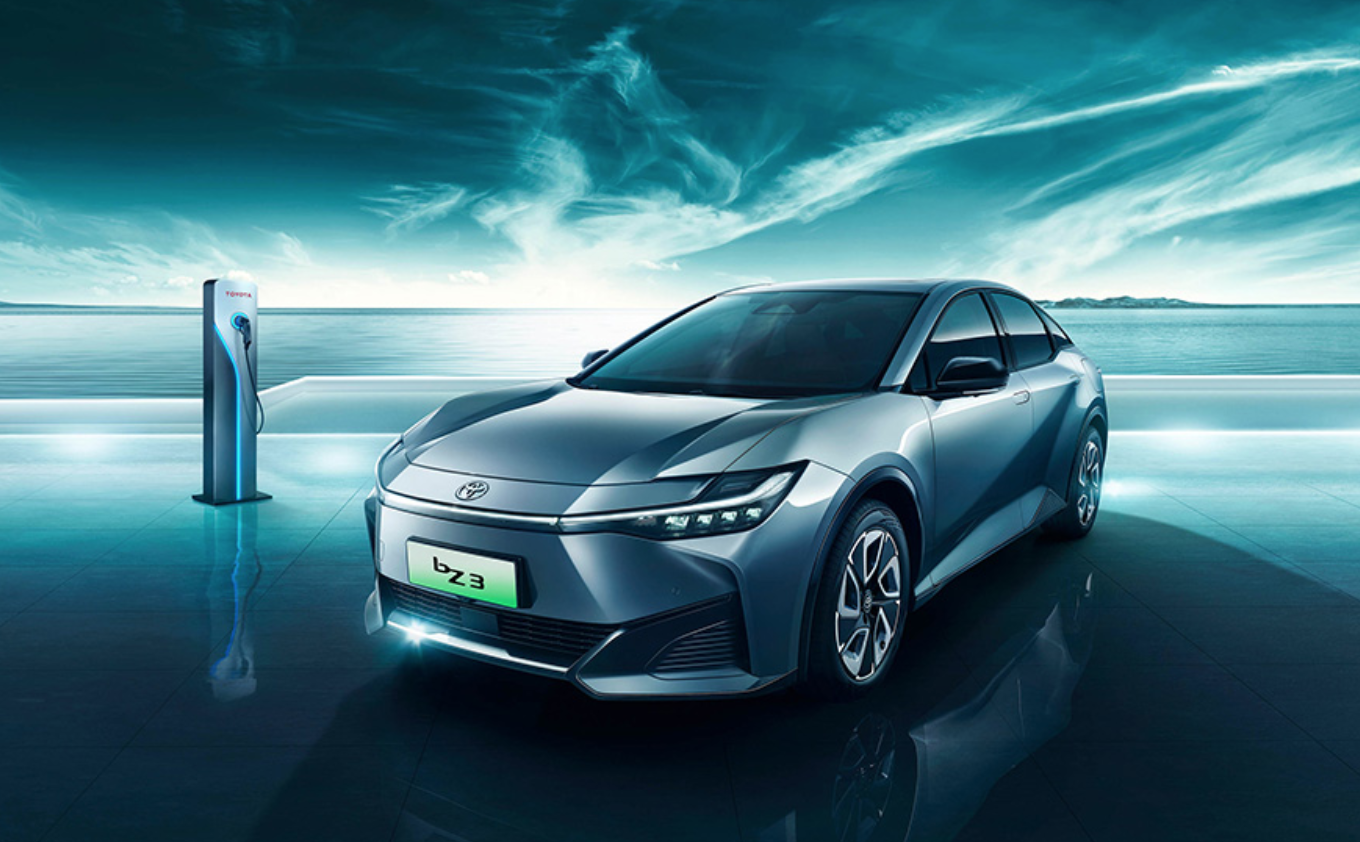 Toyota, the world’s number one car manufacturer, has announced a second EV in the bZ (beyond Zero) sub-brand, an all-electric sedan called the bZ3, developed in collaboration between Toyota, BYD, and FAW Toyota. It will be offered exclusively in China for the time being. In addition, according to some media reports, there are indications that the Japanese could revise their electric strategy.

The bZ3 is based on Toyota’s own e-TNGA electric platform. According to Toyota, the car is 4,73 meters long with a 2,88-meter wheelbase, it’s 1,84 meters wide and 1,48 meters high. Since attention was paid to aerodynamics during development, the bZ3 is said to have a drag value of 0,22.

In its press release, the company did not provide any detailed information on the electric drive. Probably, the drive will be close to that of the recently launched bZ4x. For the first time, however, an LFP battery supplied by BYD will be used in a Toyota. It is not specified whether it is the Blade battery from BYD or another LFP cell from the manufacturer.

The release says that “the battery structure, cooling, control, and safety monitoring systems were all newly designed for this car, making its high-quality electrification system efficient, advanced, safe, and reliable.” Up to 600 kilometers range is said to be possible, but this calculation is based on the more lenient Chinese CLTC cycle.

In addition to Toyota itself, the Chinese joint ventures BYD Toyota EV Technology (BTET) and FAW-Toyota were also involved in the development. BTET is the interface to BYD’s battery technology, Toyota contributes with the e-TNGA platform, and FAW-Toyota is responsible for production and sales through its dealer network. Exactly when the bZ3 will hit the market and at what prices it will be available is not yet known either.

Other electric Toyotas are also likely to follow in China, according to the press release: “Toyota is committed to offering more appealing products to customers in China. It plans to introduce more bZ models, following the bZ4X and bZ3. But which models on which platforms are involved, seems to be an open question, according to a media report.

Several sources presumed familiar with Toyota’s plans told Reuters news agency that the big plan to invest $ 38 billion in battery-electric cars, which was announced recently, could eventually be partially scrapped. Akio Toyoda himself unveiled a total of 15 concept electric cars and announced plans to launch a total of 30 BEV models by 2030.

According to those insiders, Toyota wants to lower production costs in order to “better stand up to Tesla and other competitors.” Accordingly, work on some of the 30 electric cars should have already been halted. If the plans now being discussed internally were adopted, work on some models could also not be restarted. Toyota refused to give any comment when asked by Reuters.

Whether the optimization of production costs will then result in further collaborations like the bZ3 is still an open question. But it seems possible, as there is a working group called ‘Business Revolution”’ that has received the task of drafting plans for improvements to the existing BEV platform or for a totally new architecture by early next year, according to these insiders.

So it is not yet clear whether the e-TNGA platform, which was only unveiled in 2019, will be optimized or a successor will be developed. As Toyota has been starting a lot later than some of its competitors, it’s also possible that it will (partly) take over the platform of somebody else. The most probable evolution here, considering the arrival of the bZ3 and the joint venture with BYD, is that the all-new Platform 3.0 with an integrated Blade battery pack could be used and/or adapted.