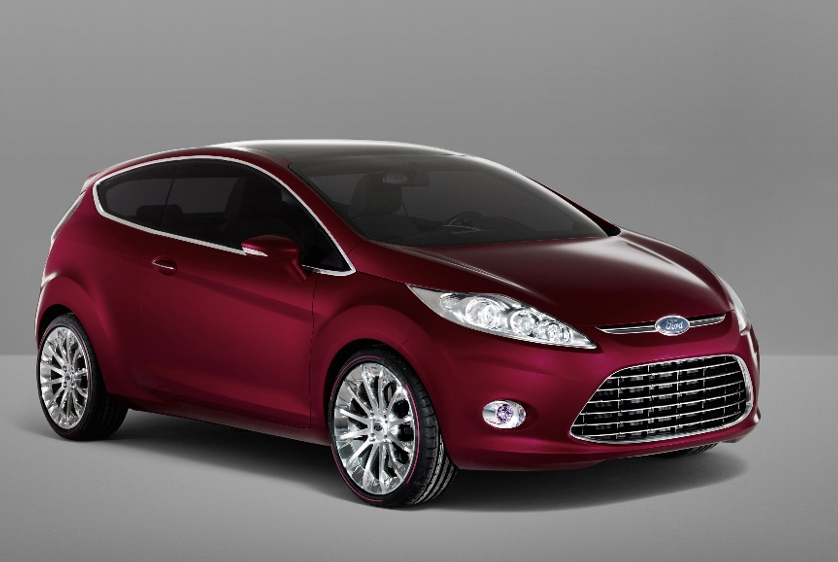 The Ford Verve concept of 2007 previewed the key design elements of the latest generations of the Fiesta. The history is now coming to an end /Ford

Ford Europe is planning to accelerate the switch to electric vehicles in Europe. On Wednesday afternoon, reports in German and UK media were already hinting at it. Ford Europe Model e boss Martin Sander announced with a Twitter message that production of the internal combustion Fiesta small car in Cologne will end one year earlier than planned. Also planned for retirement: the MPVs S-Max and Galaxy.

So far, Ford has planned to offer only electric cars in Europe by 2030. It is not clear yet whether this target will also be brought forward. In view of the increasing demand for electric vehicles, Ford is at least adjusting the production plans for the first European electric car models.

“We need the plant in Cologne for our new electric models,” said Martin Sander, head of Ford Model e, the electric department of Ford Europe, and also chairman of the board of Ford Germany.

The ICE MPVs S-Max and Galaxy production in Valencia, Spain, is also scheduled to end in April 2023. Since sales figures for the two vans have fallen sharply, the Valencia plant is now to concentrate on the compact SUV model Kuga – in addition to its conversion for electric vehicle production. The production of Ford’s more significant Mondeo sedan/estate already came to an end.

The production of internal combustion engines is also ending in Cologne. The 1.0-liter gasoline engine that rolls off the production line there for other locations will, in the future, be manufactured at the Craiova engine plant in Romania.

Ford has already been preparing to produce electric cars in Cologne for some time now. The early end of Fiesta production will allow a quicker market launch of the second electric model based on the Volkswagen MEB electric platform. However, indications as to the exact timetable differ. So far, Ford has confirmed the first MEB model for 2023 and the second for 2024.

According to the German business newspaper Handelsblatt, series production of the first European electric model in Cologne will not start until the end of 2023, with the second model to follow six months later. Other sources say that it will already begin in the summer of next year, but it’s hard to see if this will be possible if the Fiesta runs until the end of June.

Full ahead for EV

The EVs are likely to be the two Cologne models based on the Volkswagen MEB platform and the electric Puma, to be built in Craiova. The commercial vehicles include the E-Transit Custom and a fully electric version of the Tourneo Connect, which is made together with Volkswagen.

The demise of an icon

Ford introduced the Fiesta in 1976, an instant hit in the world of European smaller cars (B-segment). Over the years, more than 22 million Fiesta cars have been produced. Like many recent Fords, the Fiesta was liked (and bought) by many customers for its excellent driving manners and the procurement of a lot of driving pleasure. XR2 and ST/RS sporty variants significantly contributed to this fame. All-in-all, there have been nine Fiesta generations during the 47 years of its existence.

During these years, the Fiesta has become an icon within the Ford family and will be regretted by many. Not long ago, Ford tried to introduce it to the US market, but that didn’t work out properly. The market had already turned around again to larger SUVs, and not many Americans like smaller cars.

Once again, an important manufacturer of smaller B-segment cars is withdrawing from this segment’s market. Manufacturers seem to be struggling to find electric successors for their smaller cars. We will see if the electric Puma (scheduled for 2024) will be attractive and cheap enough to meet the successes the Fiesta has encountered during its five-decades-long history.