Vias: ‘Drivers have 2% of their time smartphone in their hand’ 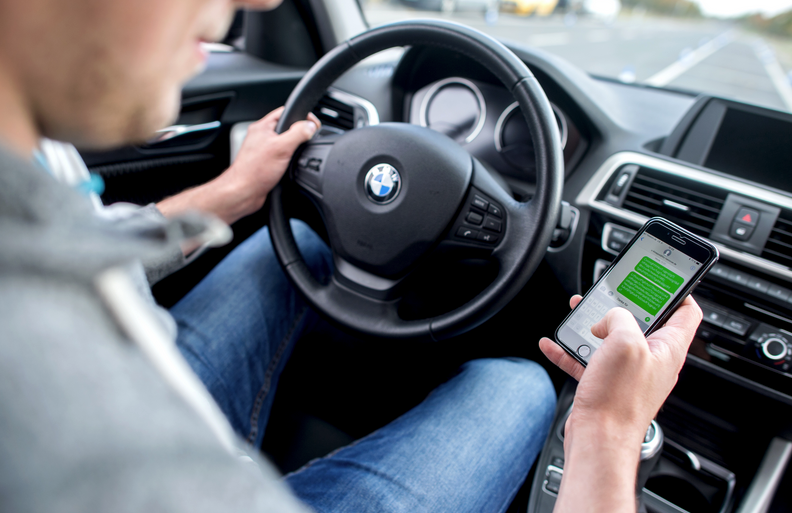 Despite actions and sensitizing campaigns, drivers cannot resist using their smartphones at the wheel. Traffic safety institute Vias discovered that car drivers spend 2% of their time on their cell phones while driving, and van drivers even more: 4%. Truck drivers are distracted for 6% of their time by using their phones at the wheel. The latter often are professional drivers under pressure to deliver goods.

Vias analyzed motorists’ driving behavior for two months in 161 locations at different moments of the day and the week. According to their registrations, 2% of drivers used their smartphones or other electronic devices while driving. One in two motorists (51%) was texting or reading, and one out of four was calling without a hands-free kit.

Nine years ago, in 2013, Vias organized a similar sample survey. In 2013, 38% of drivers were manipulating their phones at the wheel; today, it is 59%. Compared to 2013, when the use of cell phones at the wheel still was 3%, the situation has improved.

However, the use of smartphones has changed. Today, mobile phones are more often used for reading, texting, and surfing, representing higher risks in traffic. The risk of making a phone call at the wheel with a phone in the hand doubles; reading or texting at the wheel multiplies the risk by twelve.

Smartphones are more frequently used on the highway (5%) than in the city (2%), Vias noticed. Probably because driving on the highway is considered boring. There’s almost no difference between the age categories of 18-24 (2%) and 25-64 years old (1,9%).

Chance to get caught

Brussels (5%) and Walloon (3%) drivers more often use their phones at the wheel than Flemish motorists (1,6%). In Brussels, even 7% of observed van drivers were distracted by their smartphones. Apparently, the chance of being caught plays an important role in this.

Last year, 115 000 drivers were penalized for smartphone use at the wheel: 20 000 Walloon drivers were fined, while in Flanders, the number of fines more than tripled to 68 000.

Multitasking at the wheel is not a good idea, Vias concludes. According to the institute’s estimations, last year, 50 people lost their lives in traffic, and 4 500 people got seriously injured due to smartphone use while driving.

Vias, therefore, pleads for more cameras to increase the chance of getting caught. Flemish Minister for Mobility Lydia Peeters (Open Vld) fully endorses Vias’ view. “Using a smartphone while driving is perilous,” she says. “Distraction is one of the three largest killers in traffic.”