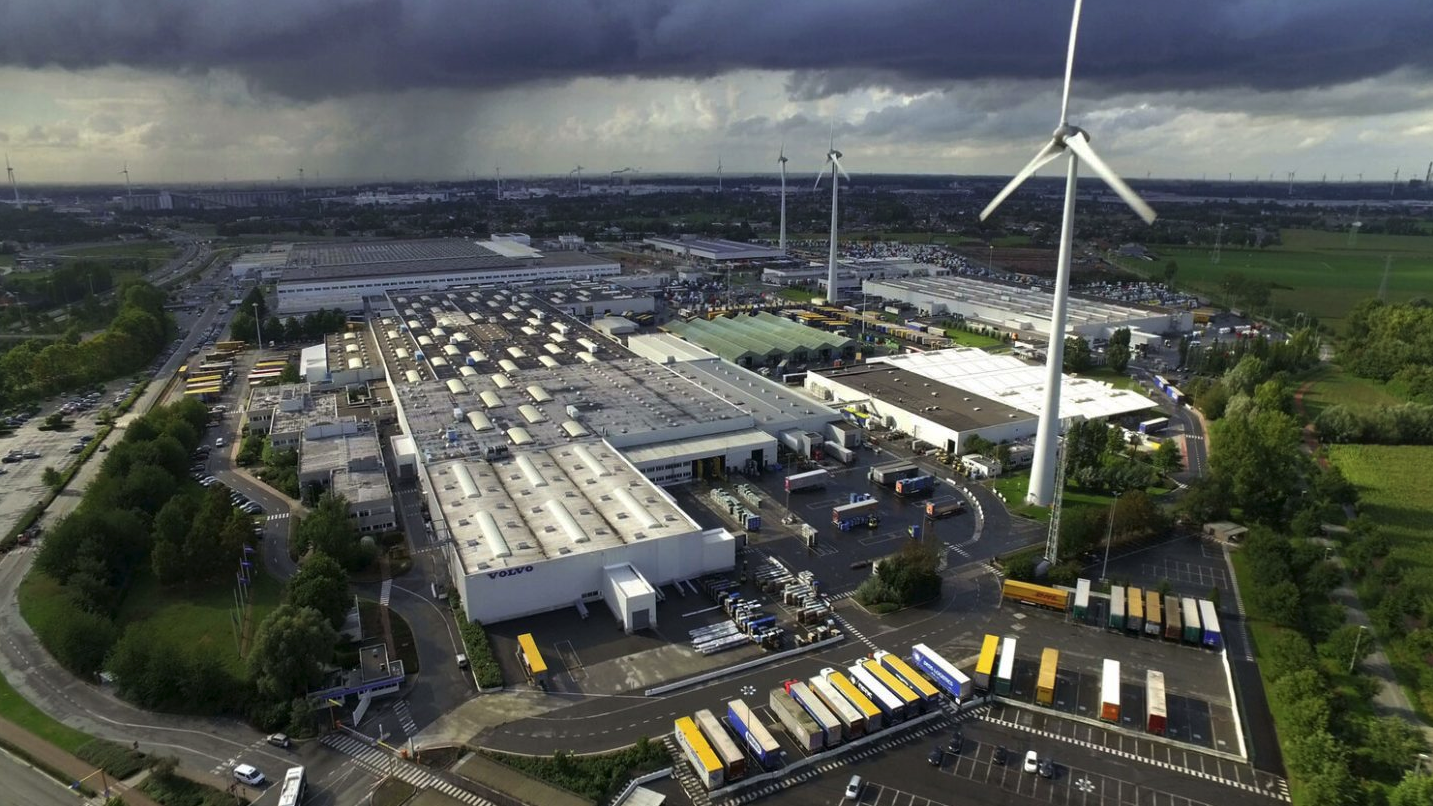 Swedish truck builder Volvo Trucks started series production of the fully electric range of its popular heavy trucks, the Volvo FH, Volvo FM, and Volvo FMX, in the Tuve factory in Gothenburg, Sweden, and is prepping its Ghent (Belgium) factory to follow next year.

Ghent will play a significant role in the group’s electrification, including battery manufacturing, as announced on Tuesday in Ghent. By 2030, more than half of the 50 000 trucks that will be built in Ghent by then will be battery-electric (BET). Electric and hydrogen trucks will be mixed on the same production lines as diesel trucks.

Volvo Trucks says the three conventional truck models represent around two-thirds of the company’s sales today. And the demand for electric trucks is rapidly increasing in many markets. One driving force is the need for transport buyers to shift to fossil-free transport to meet their sustainability goals.

Battery electric trucks (BET) are expected to outperform classic diesel trucks with an internal combustion engine (ICE) from 2025 onward in the total cost of ownership (TCO). Fuel cell trucks (FCT) are to reach that point in 2030, while the cost advantage for the battery-electric truck will be 26 to 34%, a new study by PwC published beginning of this month shows.

In Ghent, where Volvo Trucks employs some 3 000 people today, battery packs are already assembled since a few weeks for the electric trucks made in Sweden. The cells come from Samsung SDI in South Korea for now, but in the future, Volvo Trucks plans to start its own cell production in Skövde (Sweden), where it is to build a dedicated factory that should be fully operational by 2025.

In Ghent, the truckmaker is investing €75 million in a new battery assembly hall of 12 000 sqm, where it would produce 30 000 battery packs – suitable for 5 000 trucks per year – by then. It will have three assembly lines and 40 extra staff will be needed.

The Volvo FL Electric middle-class truck has a 200 kW (425 Nm) electric motor and can be equipped with two to six battery packs providing 100 to 300 kWh. The maximum range is theoretically some 300 km. It can be charged in one to two hours (DC charging) or overnight in ten hours (AC charging).

But that doesn’t mean longer distances aren’t possible. For this, like most other truck builders, Volvo Trucks (also the owner of Renault Trucks) is looking at hydrogen. In June of this year, it unveiled its first heavy-weight fuel cell electric truck with a range of more than 1 000 km and two 300 kW generating fuel cells on board to handle up to 65 tons of weight. Refueling takes only 15 minutes as a regular diesel truck.

Cellcentric will provide the fuel cells for this truck, the joint venture parent company Volvo Group (no longer linked with Volvo Cars) set up with Daimler Truck in March 2021. They envision mass production of fuel cells for trucks as soon as 2025. Volvo’s FCEV truck will start testing at select customers in the following years and will be readily available in the ‘second half of the decade’.