Car sales tend to pick up, BEVs are fastest growers 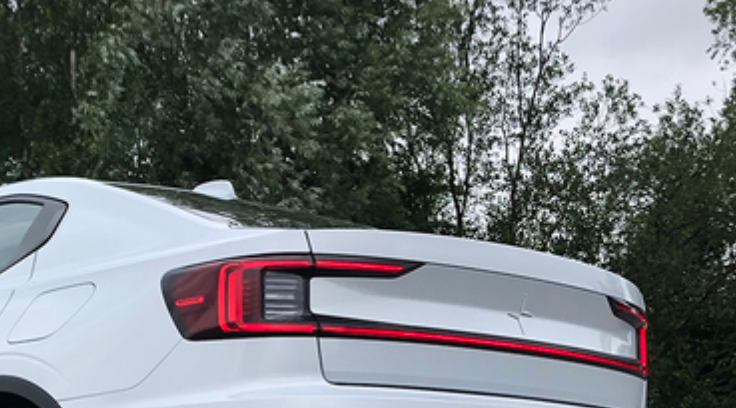 In October, Polestar was the best-selling pure electric car company in the Belux /Polestar

In the Belux market, 30 541cars were registered last month, a 21,6% increase compared to October 2021. However, the high figures from before the pandemic aren’t back yet. In Europe, BEVs are confirming hybrid cars are still growing for the first three quarters of the year; PHEVs are starting to lose terrain.

Thanks to this stronger October month, the cumulated regress of the Belux market this year has now been reduced to -7,9%, coming from serious double-digit declines. At the end of October, 311 941 cars were registered in Belgium and Luxembourg.

Where light commercial vehicles (LCVs) are concerned, they still sold 16,4% less in October, leading to a cumulated regress of 23,7% this year for the first ten months. Heavier trucks sold 21,4% less in October when they weighed less than 16 tons. On the other hand, the real heavy ones (16 tons and over, by far the largest segment) sold 2,2% better than last year, with a cumulative growth of 8,1%.

BMW regains the number one position

The top five is filled with the other usual suspects of late, with Peugeot third, Mercedes fourth, and Audi fifth. The top five for the first ten months in the Belux are the same. Toyota  (+40,3%) is confirming its good results with sixth place in both cases, followed by Renault and Citroën. Kia (11th) is still growing (+14,1%), and Dacia (10th) continues its push (+57,8%).

Meanwhile, the European manufacturers association (ACEA) has released figures for the fuel mix of new cars in Q3 of this year.  The market share of battery electric vehicles (BEVs) increased as sales continued to rise. BEVs now account for 11,9% of total EU passenger car registrations (up from 9,8% in Q3 2021).

When looking at the alternatively-powered vehicles, we see the BEVs recording the strongest growth of all fuel types (+22,0%), with positive figures in all EU countries except Denmark (-2,6%) and Italy (-35%) and solid progress in Cyprus and East European countries (with small absolute numbers, still). As a result, total sales in Q3 were almost 260 000 all-electric vehicles.

PHEVs saw a regress of -6%, and their market share is now 8,5%. On the contrary, ‘self-charging’ hybrids are still on the rise, increasing their sales by 6,9% to almost half a million and representing 22,6% of the total market. Natural gas vehicles suffered severe losses again (-52,4%), mainly because their largest market (Italy, representing 40% of total registrations) collapsed (-71,2% compared to Q3 2021).  LPG-fueled cars fell back by 9,5%.

In France, for example, we see the same tendencies.  In October, diesel and gasoline cars represented 53,7% of the new car sales (compared to 62,7% last year), and slightly more BEVs were sold than diesel cars. Fully electric cars now represent 13% of the market, while hybrids represent 28%. Here also, the ‘normal’ hybrids gain, and the PHEVs lose (-12%). 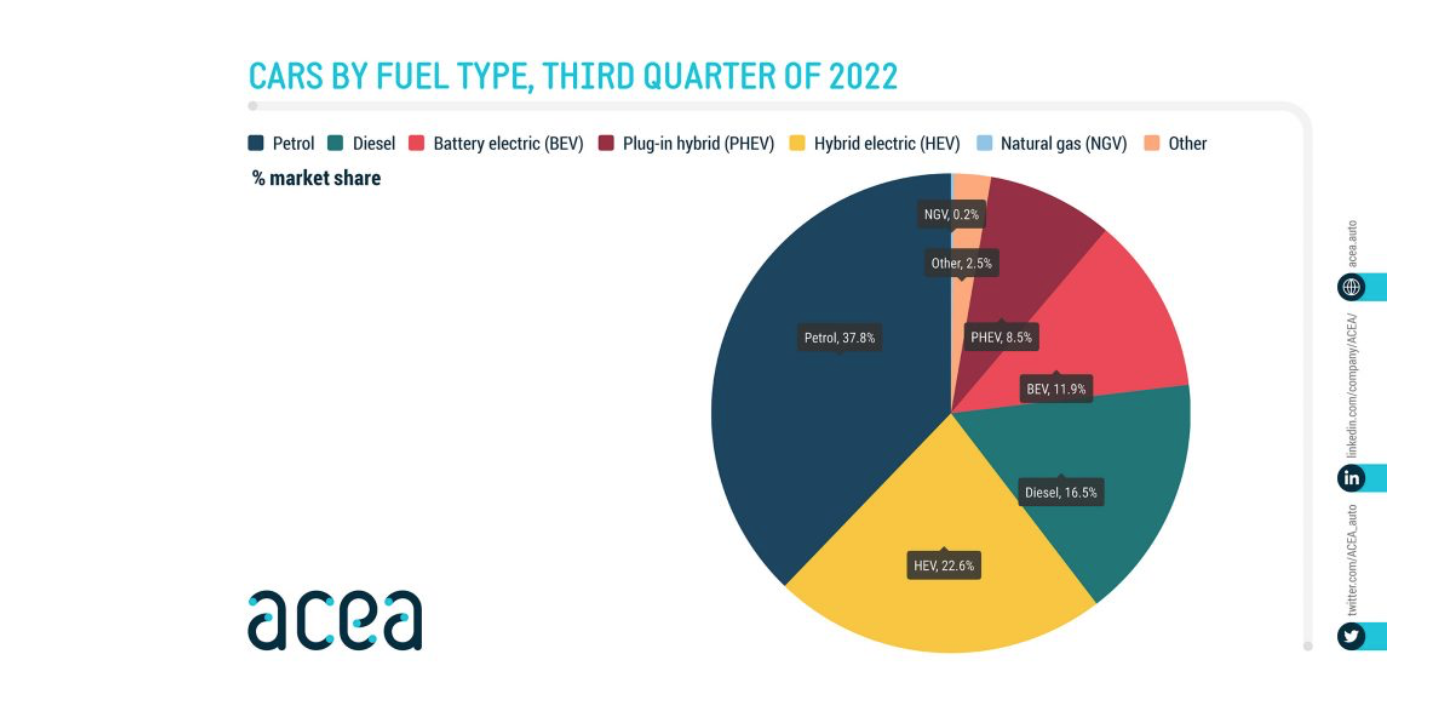