WMO: ‘Europe warms up twice as fast as rest of world’ 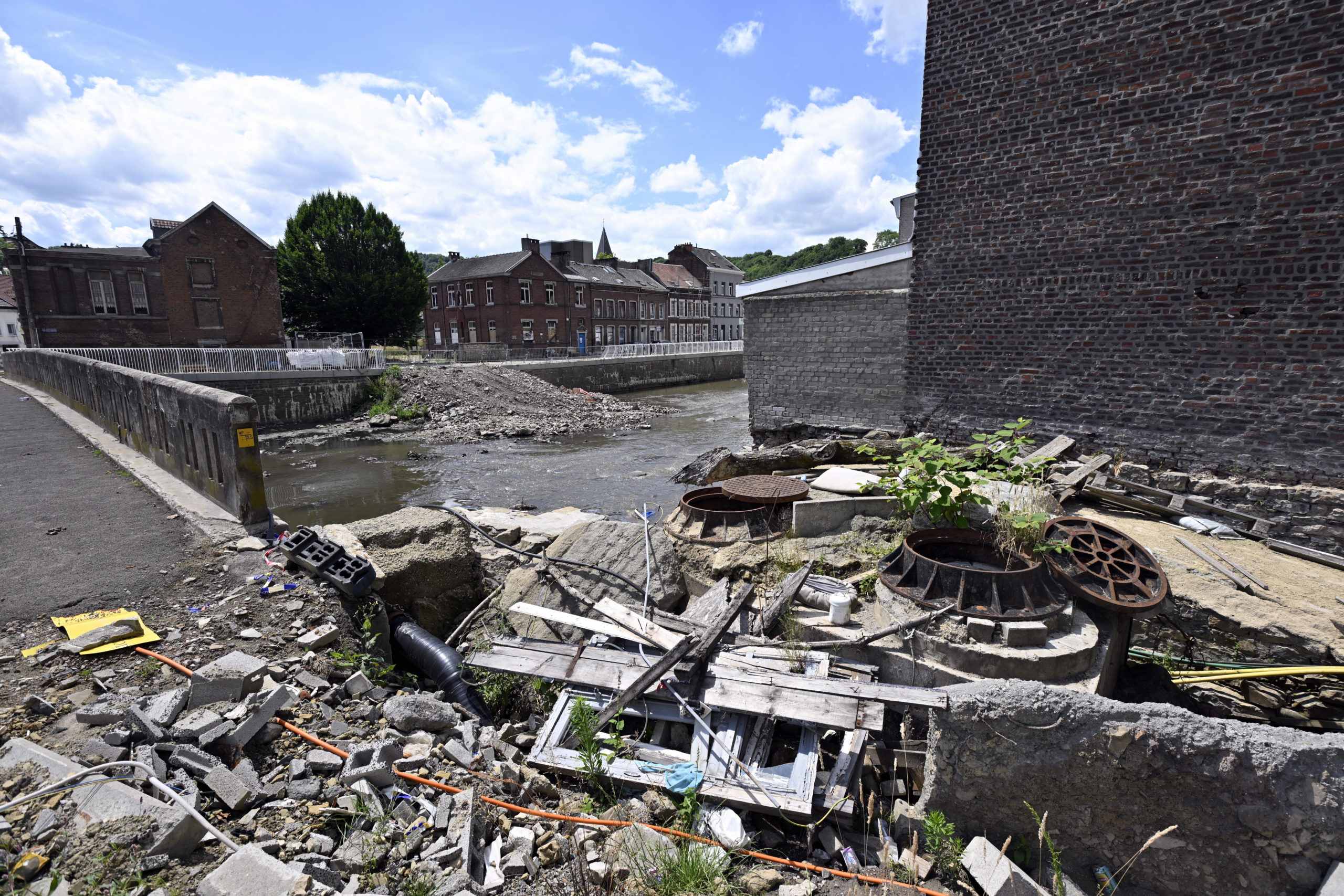 One year after the devastating floodings of July 2021, there’s still rubble and debris along the river Vesdre in Pepinster (Belgium), one of the most affected municipalities of the region /Belga

Europe is warming up twice as fast as the rest of the world. Between 1991 and 2021, temperatures in Europe increased by 0,5°C per decade. These figures are reported by the World Meteorological Organization (WMO). The ‘State of the Climate in Europe’ report was drawn up together with Copernicus, the EU’s climate research service, and focuses on 2021.

The heat was extreme in 2021. Heat and drought caused forest fires. In 2021, three times more surface area was affected than normal. Italy, Greece, and South Turkey suffered the most.

However, most of the 51 disasters recorded were floods or storms. In 2021, 297 people died in severe weather conditions in Europe. The heavy rainfall and subsequent flooding in mid-July killed 42 people in Belgium and 189 in Germany.

If global warming continues, the wildfires, exceptional heatwaves, devastating floods, and other effects of climate change will take an increasingly heavy toll on society, the economy, and ecosystems, the WMO warns.

In 2021, extreme weather and climate events resulted in hundreds of deaths. More than half a million people were directly affected, and economic damage amounted to more than 50 billion dollars.

However, several countries in Europe have been very successful in reducing greenhouse gas emissions. Europe is also one of the most advanced regions regarding cross-border cooperation on climate change adaptation, especially in cross-border river basins.

As the risks and impacts of climate change in everyday life become increasingly apparent, the need and demand for climate information are rightly growing. With its report, WMO aims to bridge the gap between data and analysis to provide science-based yet accessible information that is ‘decisive’ across all sectors and professions.

Europe paints a realistic picture of a warming world, reminding us that even prepared societies are not safe from the dire consequences of extreme weather events. The report also provides food for thought at the next COP27 climate summit, which begins on November 6th in Sharm el-Sheikh (Egypt).