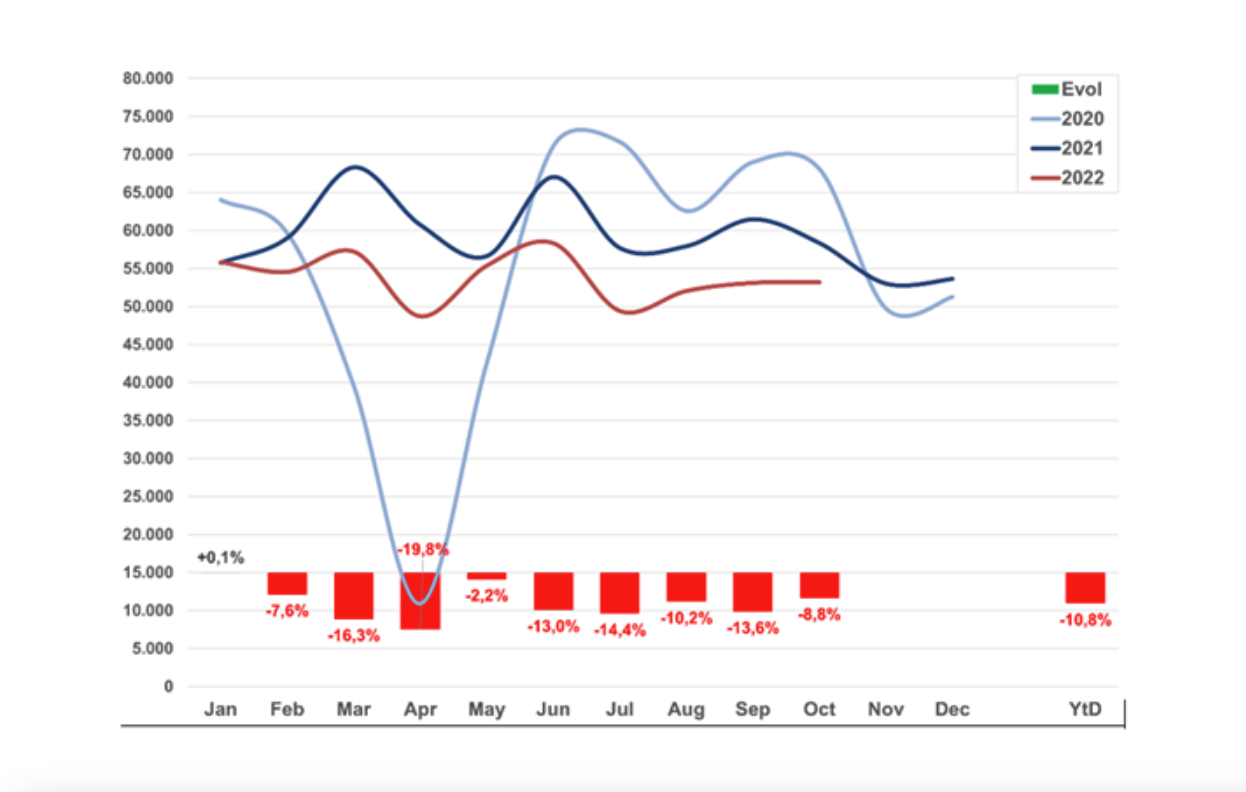 The graph above illustrates the evolution of second-hand registrations between 2020 and 2022. The chart clearly shows the all-time low during the first corona lockdown and the peak in sales immediately after /traxio.be

The second-hand car market is suffering, Belgian automotive services sector federation Traxio warns. For nine consecutive months, sales figures declined: -8,8% compared to 2021 and even -21,9% compared to September 2020, when sales were booming immediately after the first corona lockdown. In October, 53 192 second-hand cars were registered, 5 165 fewer than in October 2021, or a 10,8% decrease over the first ten months.

The market for new passenger cars, on the other hand, is reviving. In October, 30 451 new vehicles were registered, or an increase of 21,6%. The question is whether this rising trend will continue.

According to Filip Rylant, spokesperson of mobility organization Traxio, consumer confidence remains low because of the high cost of living, the energy crisis, and the conflict in the East. As a result, showroom visits and purchase intentions decrease. Apart from that, the supply of young used cars with low mileage remains low, and prices in that segment remain high.

According to Ivo Willems of ‘second-hand car supermarket’ Cardoen, the trend perfectly reflects what he experiences in his showrooms. There’s a lack of young used cars, especially those with low mileage. However, he estimates the tide to turn within a few months.

The popularity of diesel vehicles in the second-hand market keeps on waning: 52,5% of used cars were gasoline-powered, and ‘only’ 39,9% were diesel cars. The share of other fuels is steadily increasing, although still relatively small. Hardly 1,4% of full electric models were registered on the second-hand car market.

Strikingly different figures are visible for the market of new vehicles: 43,2% electrified vehicles (16,7% HEVs, 15,6% PHEVs, and 10,9% full EVs). The share of new diesel cars represents hardly 15% of all registrations.