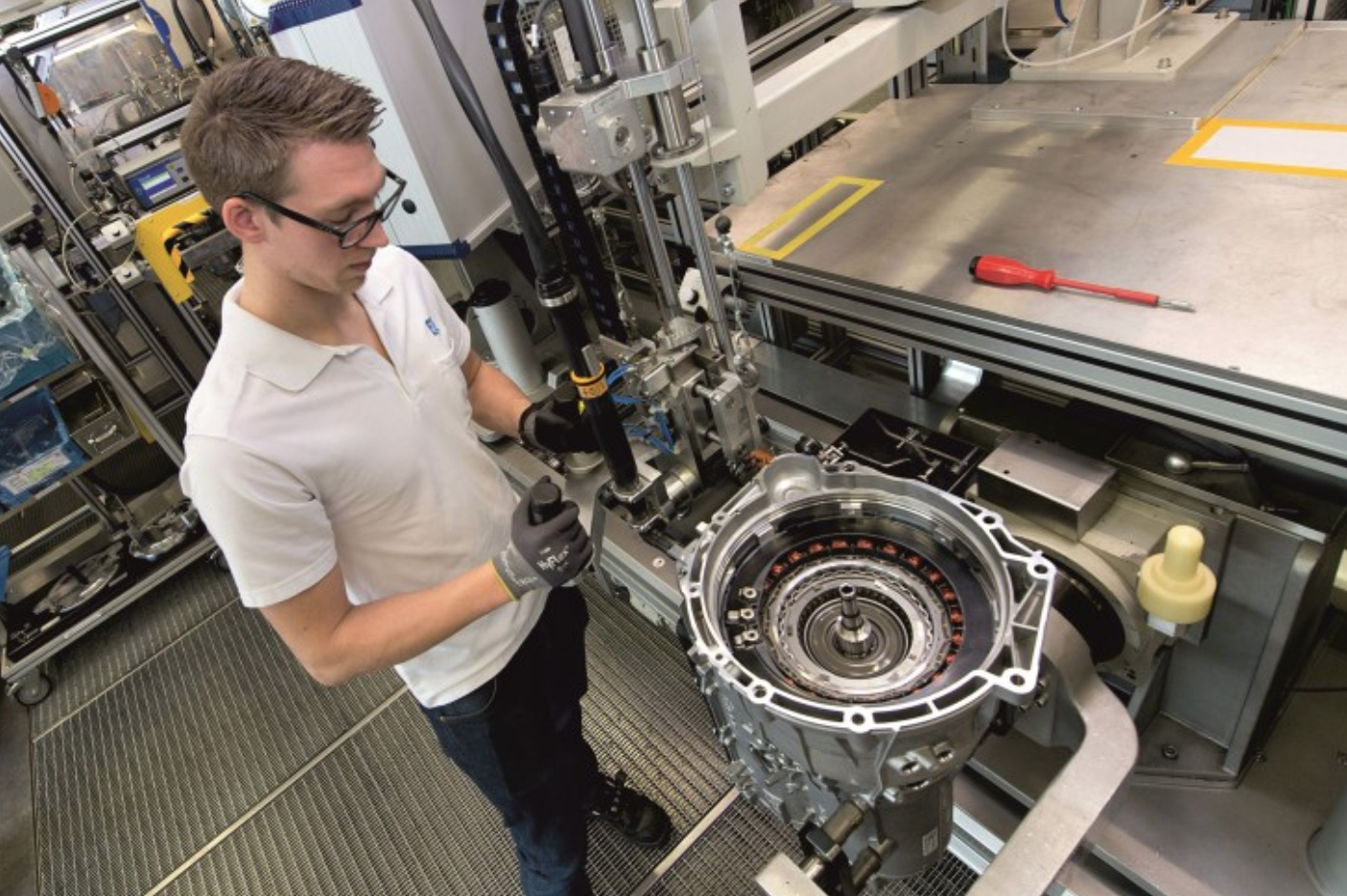 The German automotive supplier ZF will, as a part of its ‘Next Generation Mobility’ strategy, convert its transmission plant in Saarbrücken into a lead location for pure electric drives. It will invest a three-digit million sum for this purpose. Electric drive production is scheduled to start there in 2024.

For the future production of driveline technology for pure electric vehicles, new production lines are to be installed there in 2023. Series production is scheduled to start in the course of 2024. Until now, partially electrified drives have already been produced at the Saarbrücken transmission plant, one of the largest ZF plants worldwide with around 9 000 employees.

“With the successful start of production of the new 8-speed automatic transmission, the last hybridization stage before the pure e-drive, the plant is already well utilized in the medium term due to the high demand,” says ZF in a press release. “In parallel, the production of driveline technology for pure e-vehicles is now being prepared in a targeted manner.”

A package of three elements has been agreed on for this expansion. On the one hand, the company itself is planning investments in the three-digit million range but doesn’t go into details. Secondly, the workforce at the Saarbrücken site will participate in the change through the site’s own ‘Future Fund’. This future fund is fed by a two-stage reduction in the pay line at the site across all hierarchical levels and “will be used for a specific purpose to invest in the establishment of new technologies”. Personnel costs will thus be reduced and the money saved has to go to investments.

As a third element, the Saarland state government wants to promote the transformation of the plant. “Companies, employees, and the state government are setting out together on the road to the automotive future. The Saarland path we are taking together at the Saarbrücken site is a shining example of how structural change can be actively shaped when companies think ahead and have partners capable of action,” says the state’s Minister President Anke Rehlinger. “One of the largest industrial employers in the Saarland is securing its location here today and with it thousands of jobs.”

The company itself speaks of a “milestone in the transformation of the company towards e-mobility”. “The example of Saarbrücken shows how successful transformation can be orchestrated in close cooperation between the company, employees, and state politics,” says Stephan von Schuckmann, member of the ZF Board of Management responsible for e-mobility. “Only in this way will we be able to actively shape the changes in value creation and employment and position our locations for the future.”

Mario Kläs, Chairman of the Works Council at the Saarbrücken location, is also satisfied with the agreement: “We have fought for a long time for future products for the location. With these new product settlements, the foundation has been laid for the next generation of mobility at the Saarbrücken site.” Nevertheless, the works council boss also reminds us that further products must be located in Saarbrücken “in order to compensate for the future decline in 8-speed automatic transmissions and thus secure employment”.