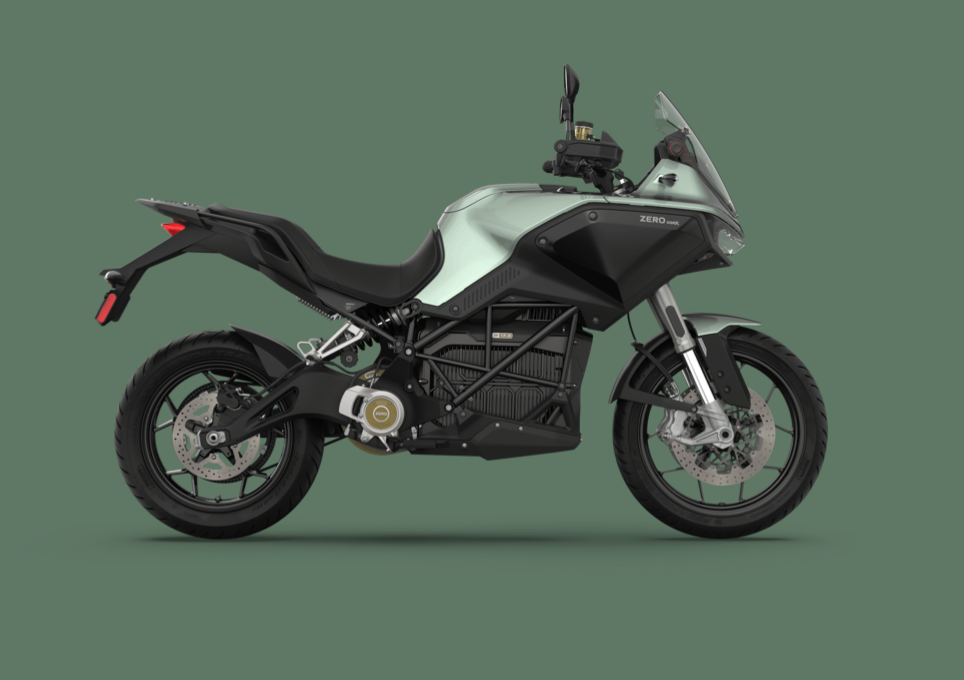 Like most ‘tough’ SUV car models, this 100% electric adventure bike from Zero Motorcycles will be used mainly on tarmac as a commuter bike, although it is perfectly usable for mild off-road use /Zero Motorcycles

Zero Motorcycles developed an electric adventure model. It immediately gets the largest battery capacity Zero has ever built, achieving a driving range of just under 200 km, making it perfect for use as a commuter vehicle. We drove it.

Zero is a small motorbike manufacturer that exclusively builds electrically powered motorbikes. The manufacturer has just launched its first adventure model, the DSR/X, which has become a very homogeneous product. An adventure motorbike often implies off-road characteristics, but most models never or even never leave the asphalt. Compare it to SUV models in car land.

The latest Zero DSR/X may already have a long and comfortably-tuned suspension travel. Still, the seating position remains very low, which makes the bike a little less suitable for larger persons.

The most interesting thing about this electric motorbike is its technology. With an electric motor delivering 100 hp, it is extremely powerful. What makes the motorbike especially enjoyable is the genuine engine torque of 225 Nm. For a car, that’s not exceptional, but most gasoline-powered motorbikes boast half that pulling power.

Despite that power, the electronics ensure that the power is released in a very well-measured way so that the two-wheeler is never brutal or tricky. The possibility of switching between several driving modes while riding gives plenty of confidence. The most innovative driving mode is the eco mode, where the electric motor also regenerates power when coasting.

This reduces the need to brake and increases the driving range. Just a pity that the brake light does not come on during this regeneration, as the deceleration is considerable when you close the ‘throttle’. Bosch developed the traction control and ABS. Zero Motorcycles also provides an off-road mode where the intervention of the traction control and ABS is adjusted with a view to (moderate) off-road use.

Expensive charging infrastructure is not a must

This DSR/X is primarily an adventure bike, and although they look adventurous, we know that such bikes are very popular with commuters because of their comfort and performance. And that is exactly where this bike is also of interest. It is powered by a lithium-ion battery with a capacity of about 20 kWh, which is comparable to a first-generation Renault Zoe.

The motorbike manufacturer does build a battery that is a lot lighter (80 kg) than what we see in the automotive sector, as the entire motorbike puts 247 kg on the scales, which is perfectly in line with adventure models with internal combustion engines. The autonomy of this battery is roughly 185 km in commuter use.

That means power consumption is about half that of a compact electric car. This bike can be charged at a conventional socket – just like an electric bike – so the user does not need to invest heavily in a wall box or a higher-performance electrical connection and home installation to ensure safe and smooth charging. The slowest charging mode (230 V – 10 A) charges an empty battery in ten hours. However, an inverter with a higher charging rate (up to 6 kW) is fitted as an option, and you can then charge the battery in three to four hours.

Eco mode for the extra mile

The engine offers several drive modes, including an eco mode where it does not deliver its full power, although this drive mode is more than enough to keep up with traffic rather smoothly. Even with reduced power (mainly to boost range), you can still enjoy the instant engine torque, which is downright phenomenal for motorbikes.

In this drive mode, you further optimize the driving range because the electric motor will use its electric motor as a generator when decelerating and braking, a technology we also see in electric cars. The deceleration is insufficient to stop the motor – as you can sometimes do with the ‘one pedal drive’ in EVs – but it does provide firm motor braking, so you rarely need to use the mechanical brakes while driving.

A point of improvement would be a braking system where regeneration is partially integrated into the braking itself, and there, too, we find a significant difference with electric cars.

With this adventure model, Zero has finally built a particularly well-balanced bike, where a lot of effort was put into aligning the various components, which was previously impossible for this small bike manufacturer. Zero even outperforms a lot of carmakers in terms of weight. The battery, in particular, weighs significantly less. This is partly because the battery is air-cooled and because the charging capacity (max 6 kW) remains relatively limited.

On the other hand, this approach is justifiable because the engine consumes less than 10 kWh per 100 km. You also need to charge less and for a shorter time. This is where the automotive sector can learn something from this motorbike manufacturer because, in the automotive world, we mainly see an evolution towards extra battery capacity to optimize the driving range and only, to a lesser extent, interventions to reduce consumption at the base.

At €26 995, this Zero is by no means cheap. This is compensated by the fact that this electric two-wheeler is fully tax-deductible for both commuters working in permanent employment and self-employed users.