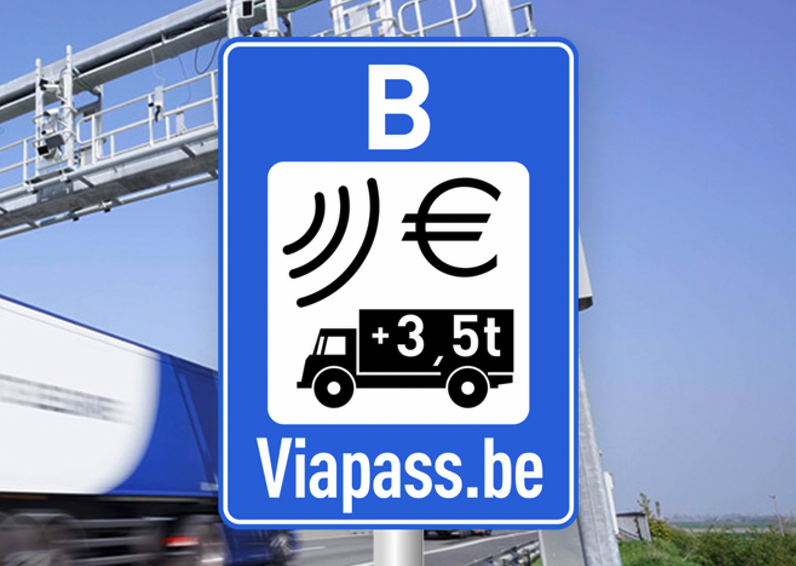 Last year, there were 41,1 million trucks on the road, delivering a record yield of 822 million euros for the treasury /Viapass

Flemish Mobility Minister Lydia Peeters (Open Vld) has launched a study into the possible extension (and greening) of truck kilometer tax. The study has to analyze whether the existing truck kilometer tax should be extended to vans.

Road transport on Belgian roads keeps on growing. According to Viapass, the interregional government that manages and coordinates the kilometer tax on behalf of the three Belgian regions, six years ago, there were ‘only’ 39 million trucks on Belgian roads. Last year, there already were 41,1 million, delivering a record yield of 822 million euros for the treasury.

The good news is that the fleet of trucks has become ‘greener’. In 2021, the share of toll kilometers covered by Euro 5 and Euro 6 trucks increased to about 95,8%. This means that the most polluting trucks have almost disappeared. Euro 6 trucks have to pay less charge per kilometer driven than similar trucks of a lower Euro standard.

“However, knowing that traffic emissions account for more than one-third of the total Flemish greenhouse gas emissions, it is essential to green our vehicle kilometers further,” says Minister Peeters. That is why she launched this study.

The study analyzes several scenarios, like the possible introduction of CO2 differentiation, as described in the new European toll directive, or an exemption for emission-free trucks, for instance. The minister also wants to know the effect of extending the existing kilometer tax for trucks to vans without imposing additional taxes on economic activities.

Minister Peeters’ analysis has to figure out how to make differentiation without violating the principle of equality. The study fits in the context of the Flemish Energy and Climate plan.

Mid-October, we announced that in Wallonia, kilometer tax rates for trucks over 32 tons will most likely be indexed from 1 January. This will bring them to the same level as in Flanders.