Vias pleads for ban on laughing gas after Dutch example 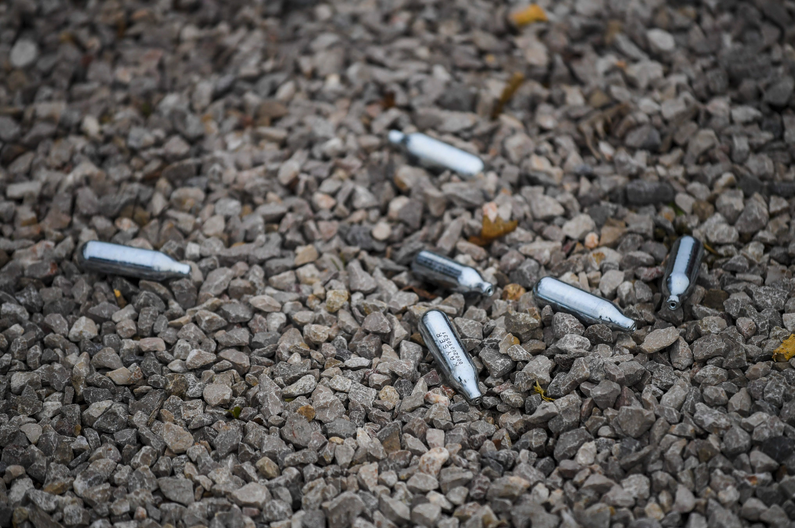 Belgian traffic safety institute Vias would like to see nitrous oxide, the so-called ‘laughing gas’, forbidden in Belgium too. The Dutch Ministry of Public Health, Welfare, and Sport recently announced that from January 1st, 2023, the aforementioned product will be on the list of banned substances.

In other words, possession, sale, and use of laughing gas will be prohibited in the Netherlands as of January 1st. The ban is intended to reduce recreational use and limit the supply. However, the original use of nitrous oxide for medical or technical purposes or as a food additive remains permitted.

Nitrous oxide or laughing gas is used in surgical procedures because of its numbing effect. It is also legally allowed to be used as a food additive. It is often used in a siphon, as a whipped cream dispenser, for instance. The gas pressure in the cartridges ensures that the liquid in the siphon comes out airy and nicely whipped.

However, the gas is not harmless. Inhaling nitrous gas immediately creates a short-lived euphoric intoxication comparable to the effects of alcohol. Dizziness, nausea, disorientation in time and place, decreased responsiveness, and a general feeling of being drunk are common symptoms. When used frequently, it can cause mood swings, depression, anemia, and damage to the nervous system. And the higher the dose, the more powerful the effects.

Accidents resulting from using volatile inhalants are not uncommon and can even be fatal. Combining such substances with other narcotics (alcohol, sleeping pills, or tranquilizers) makes the use very dangerous. Vias and the Poison Control Center, therefore, want to forbid the use of laughing gas in traffic.

According to a survey, 8% of Belgian drivers admit to having driven a car after inhaling laughing gas at least once a month. In Flanders and Wallonia, the average is 5%; in Brussels, the problem is more significant: 15%.

Since the corona crisis, the number of young drivers (18-34 years old) using drugs while driving increased gradually. The percentage of youngsters who admit driving while intoxicated – at least once a month – went up from 11% to 19%. So, one out of five youngsters regularly combine driving, drinking, and drugs.

An alarming fact is that more and more drivers (35%) combine alcohol and drugs. Last year, this was 25%. And in the category of those between 18 and 34 years old, the percentage today is even 64.

In Belgium, selling laughing gas cartridges to minors has been prohibited since March 5th, 2021. Now Vias and the Poison Control Center plead for the ban on nitrous oxide, following the Dutch example.