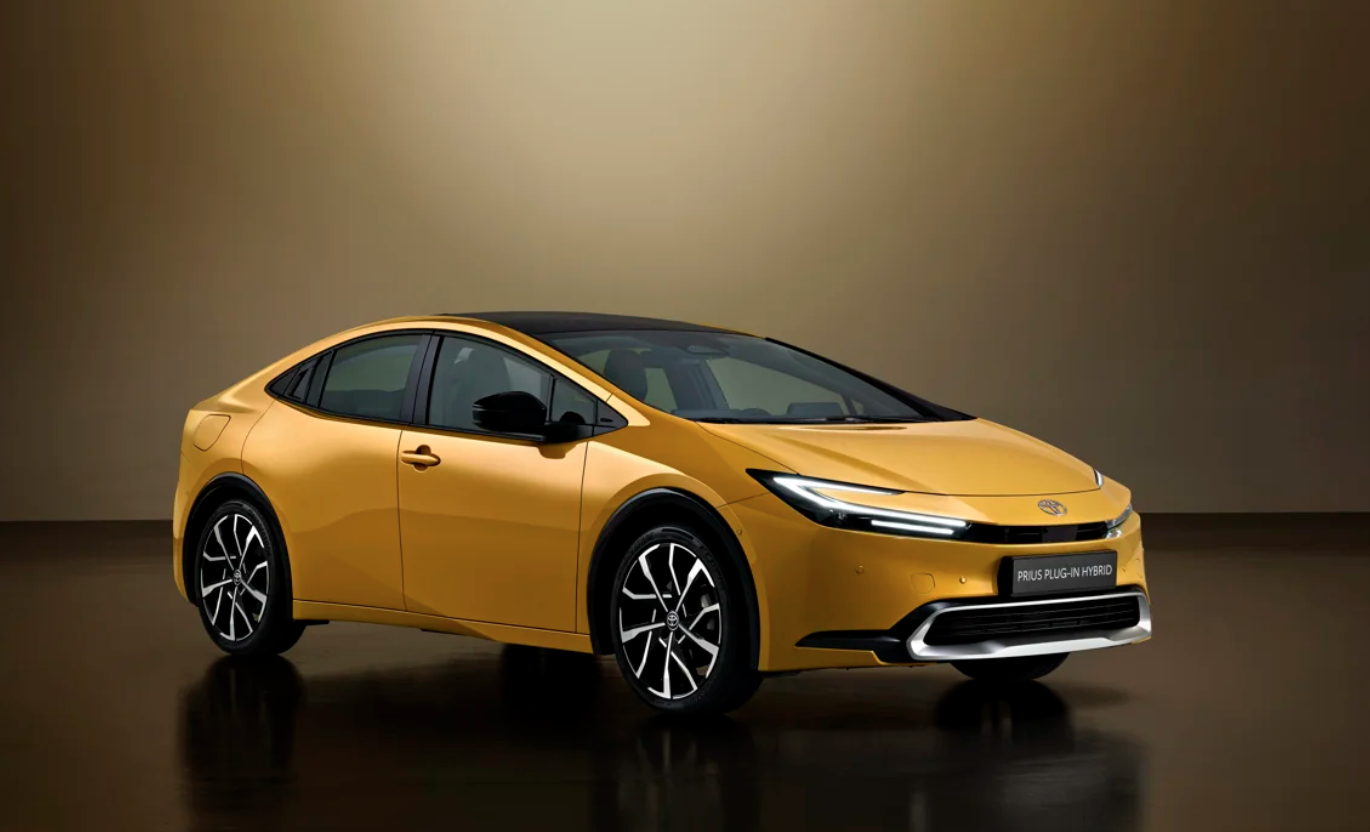 Toyota continues to promote its hybrid cars and launches the fifth generation of the most successful hybrid ever, the Prius /Toyota

The biggest car manufacturer in the world, Japanese Toyota, persists in its ‘self-charging’ hybrid technology approach and launches the fifth generation of the hybrid icon, the Prius. The car has its worldwide premiere today in Japan and at the Los Angeles Motor Show. The European introduction will be on the 5th of December. The car will be available on the market in the first quarter of 2023.

The first Prius was introduced in 1997, so the iconic car, one of the first and by far the most successful hybrid, is now celebrating its 25th anniversary with the launch of a fifth generation. With this introduction, Toyota insists that hybrid technology continues to deliver an important contribution in the transition to emission-free driving.

From the previous generations, no less than 5,05 million units were produced, confirming that it’s the most successful hybrid car in history. According to Toyota, those sales have reduced CO2 emissions by 82 million tons in the last 25 years. The manufacturer is hereby defending itself against the growing attacks of climate organizations claiming that hybrid technology is not the right way to go toward sustainable mobility.

In Europe, the new car will solely be available as a plug-in hybrid (PHEV) and according to Toyota, the new Prius strengthens Toyota’s offer of sustainable technologies, just like the BEVs and FCEVs it will further develop. Toyota hasn’t released many details yet, so we give a short overview of what has already been on offer.

The new HEV-variant (available in other parts of the world), has the same 2-liter petrol engine and a combined output of 144 kW/193 hp. Its consumption figures seem to be the same as those of the previous model. If we read the somewhat cryptic press release well, there will also be an HEV base model with the former 1,8-liter petrol unit.

Maybe still more important is the capacity of the battery pack in the PHEV. The lithium-ion battery now has a capacity of 13,6 kWh, improving the fully electric range by at least 50%. The new battery pack has cells with a higher energy density and is compact enough to be entirely stowed under the floor and the rear seat, lowering the center of gravity.

Inheriting the signature mono-form silhouette of the original Prius, the new Prius has been reborn with lower and more aerodynamic proportions through a low center of gravity and large-diameter 19-inch wheels on the second-generation TNGA platform.

The front has a hammerhead shark-like design, intended to be both functional and stylish. The rear design has taillights extending horizontally to the left and right, further accentuating the lower line and the increased width of the car. In fact, the new Prius is 50mm lower than its predecessor and 22 mm wider, while also being 46 mm shorter.

The wheelbase, on the contrary, has grown by 50 mm, providing more space for passengers and luggage in an overall body that covers almost the same ground surface. It remains to be seen if the fairly drastic lowering of the roof doesn’t hamper the headroom and the ingress for the rear passengers.

The new interior is inspired by what Toyota calls the ‘island architecture’. It wants to offer intuitive operation and an enjoyable driving experience. It has black tones all over, “to achieve a balance between sportiness and new sophistication”.

The instrument panel uses Toyota’s first illuminated warning system. In addition to providing an ambient light that highlights the interior, this new Toyota Safety Sense-linked feature is incorporated into the styling. It alerts the driver to objects through flashing lights before the audible warnings and wants to create a more reassuring driving experience.

There’s a 7-inch TFT screen in front of the driver that gives the necessary driving info and a large central screen that is lower but wider than in previous models. 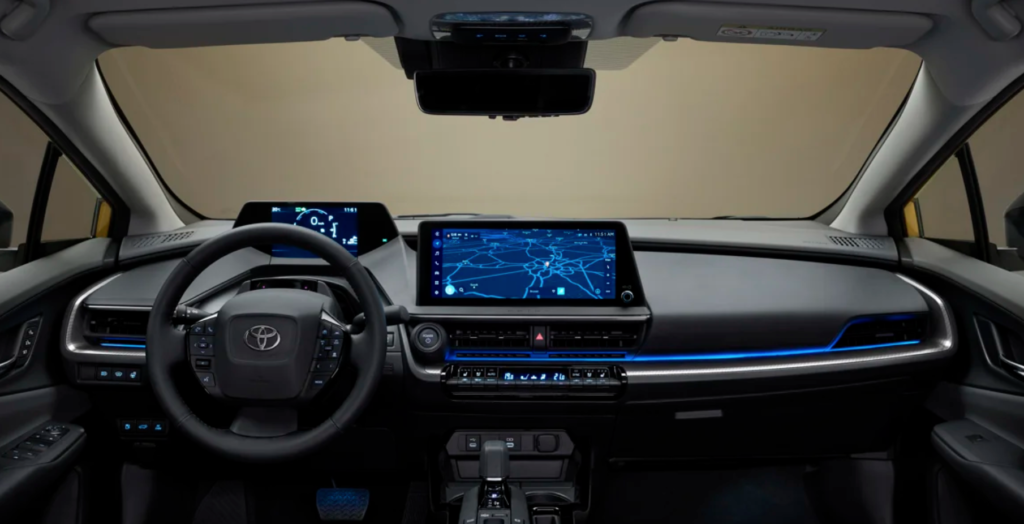 Toyota Safety Sense, the latest active safety package with advanced and improved functions, is standard on all new Prius grades. The range of detectable objects has been expanded. It has a monocular camera at the front, a rear-facing camera for the digital rearview mirror, and an in-vehicle drive recorder.

The new Prius comes with an ‘Advanced Park’ (with remote function) driving support system. It enables easy automatic parking and exiting from parking spaces in a variety of parking situations, and allows operation outside the car via a dedicated smartphone app.

This model is equipped with two 1 500 W accessory power outlets; one at the back of the center console and one in the cargo space. Users can select the BEV external power supply mode, which uses power from the battery only without having to start the engine, or the HEV external power supply mode, which recharges the battery from the engine if the remaining power is too low.

It also comes with an external electric power supply attachment as standard so that an external power supply is possible with the door windows closed to prevent rain and insects from getting in the car when in use. 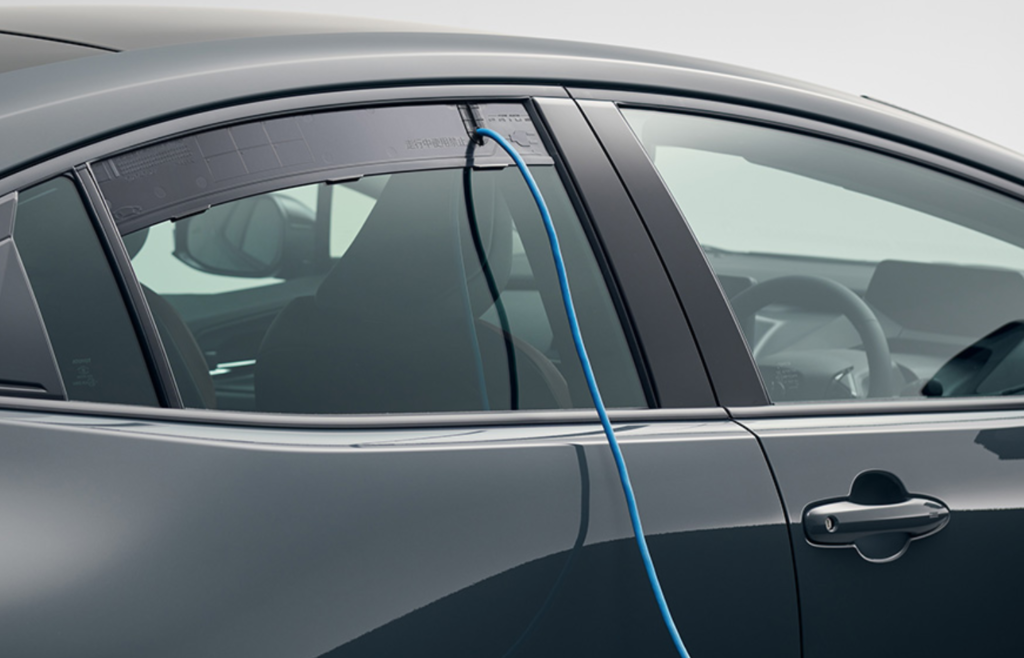 Finally, the new Prius also comes with a panoramic view sunroof that can be fully opened. PHEV models are equipped with a second-generation solar charging system that achieves a more efficient conversion of solar energy into electricity. This generates power equivalent to driving up to 1 250 km per year, Toyota claims. 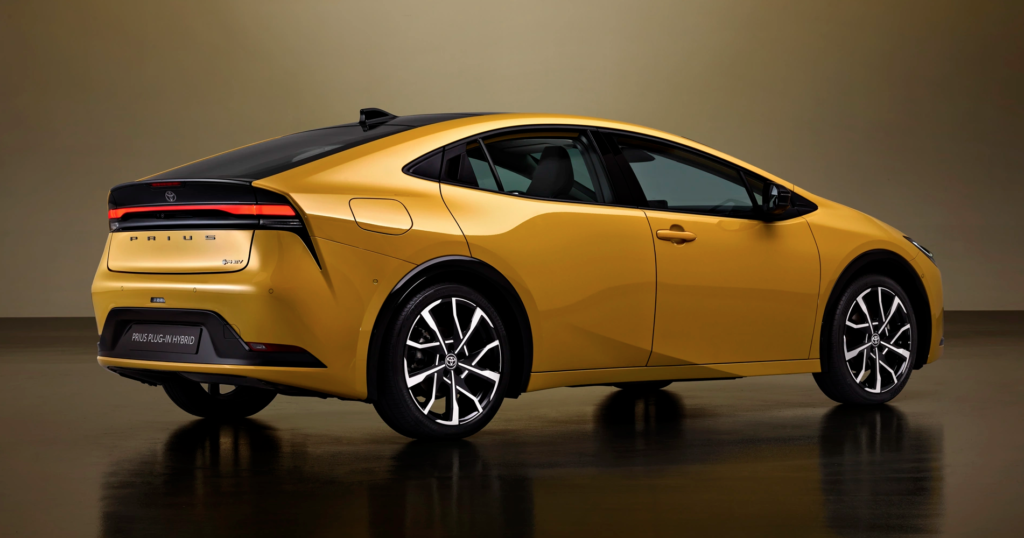 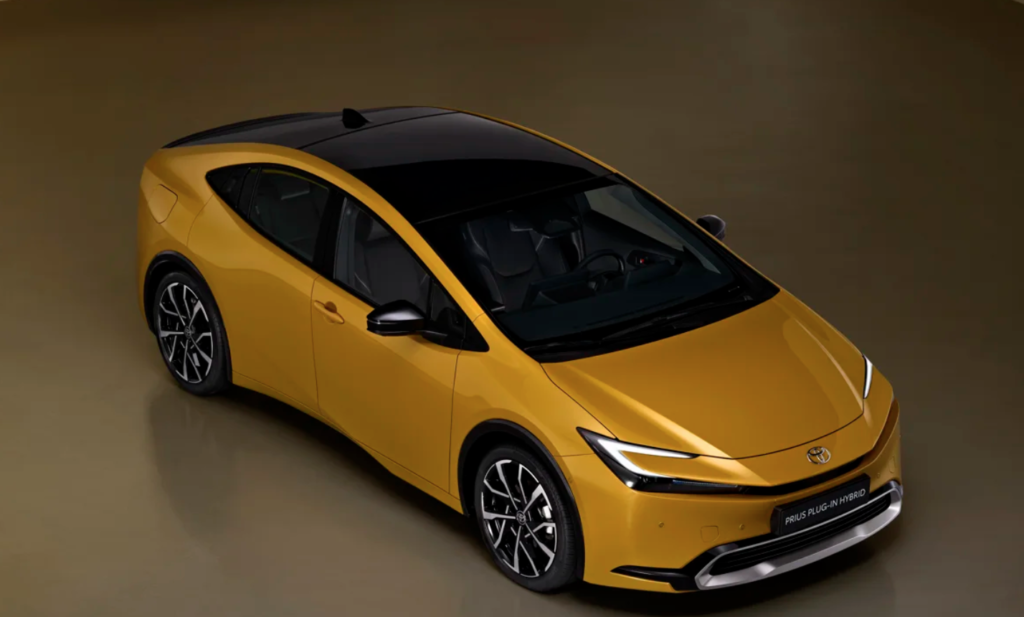 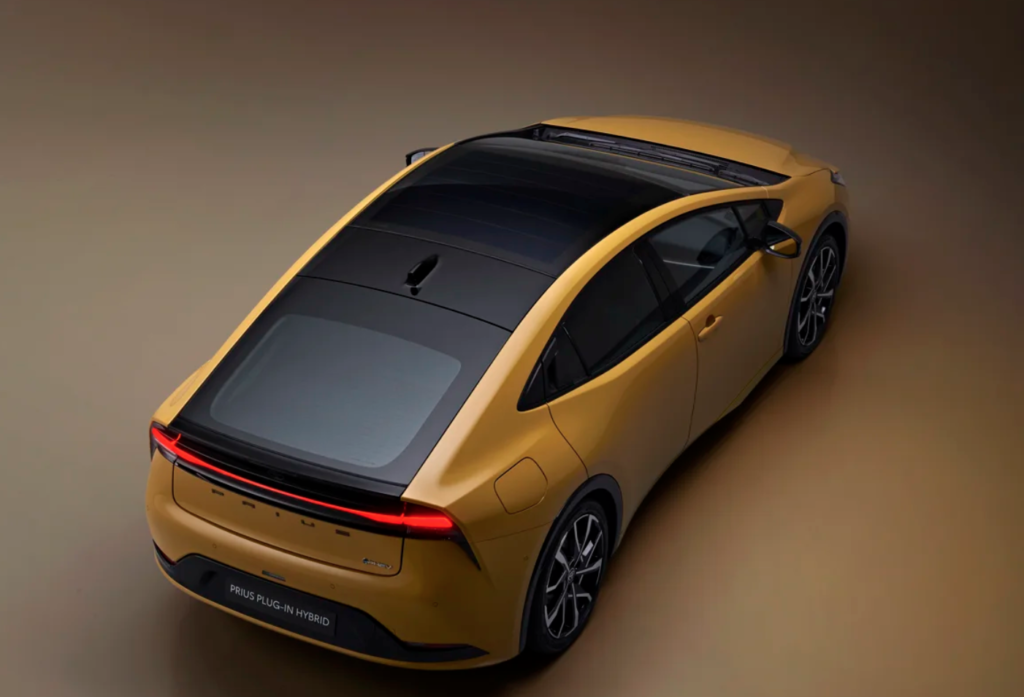