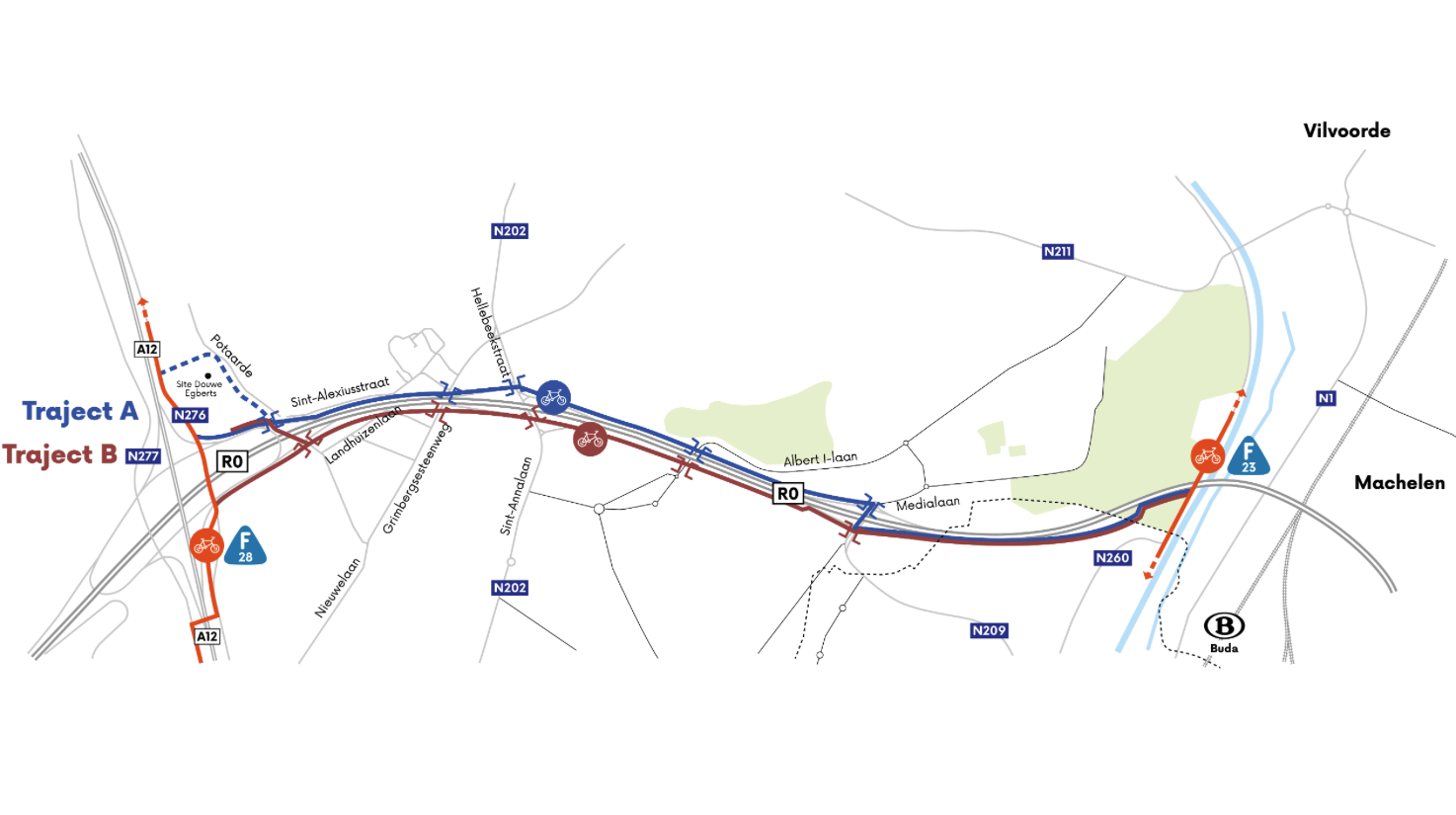 The new bikeway will have two routes: one along the outer side of the beltway (A); the other along the inner side (B) /werkenaandering.be

The Flemish government plans a new bicycle highway along the Brussels beltway between Vilvoorde and Strombeek-Bever. The new bikeway will be five kilometers long and connect several bicycle highways (F28 and F23, along the channel in Vilvoorde).

The project fits in a larger-scale initiative to implement a total of 115 km of new bikeways connecting Flanders with the Brussels border. They should offer road users a safe and valuable alternative to the car and simultaneously reduce car traffic.

The specific project between Vilvoorde and Strombeek-Bever provides two routes: one along the outer side of the beltway (A); the other along the inner side (B). Both routes run along residential areas, business parks, and agricultural and green areas.

The plans include constructing new bicycle bridges to avoid dangerous crossings. Construction works are expected to start in 2025.

The Flemish government has also announced that it will increase the budget for the maintenance of bicycle infrastructure. Next year, the Agency for Roads and Traffic (Agentschap Wegen en Verkeer, AWV) will have a budget of 181 million euros at its disposal (15% more than this year) for the maintenance of the bikeways and the greenery along them.