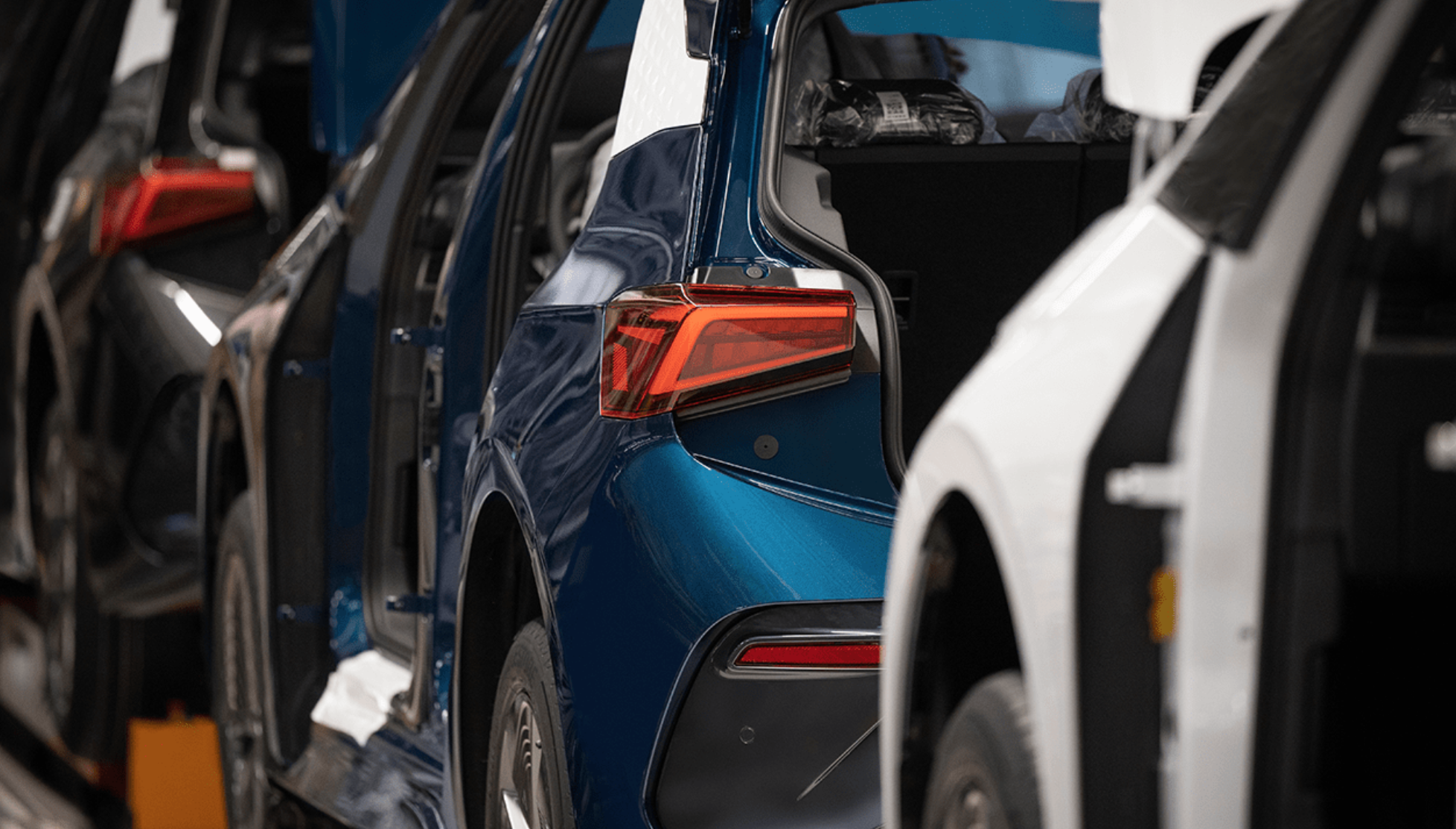 The ID.3 is one of the six models currently being produced in Zwickau, recently resulting in a record production of 7 100 cars in one week /VW

Volkswagen’s electric car plant in Zwickau set a production record in the week from 7 to 11 November when 7 100 electric cars were produced, more than in any previous week. This means that the plant is close to reaching its maximum capacity. Concerning the future of the VW icon Golf, the CEO has indicated that there might well be an ID. Golf in the future.

On average, more than 1 400 electric cars were built daily during the record week in Zwickau. The Audi Q4 e-tron and its Sportback offshoot and the Cupra Born are built in Zwickau alongside the VW ID.3, ID.4, and ID.5.

“This is an outstanding achievement of the entire team and a unique record because, before the transformation, such high numbers were not even technically possible,” says Robert Janssen, Managing Director of Technology and Logistics at Volkswagen Saxony. “The continuous work on our processes is paying off.”

The new VW brand boss Thomas Schäfer is also happy. “This is also a real challenge due to the current supply bottlenecks,” says Schäfer, who was already involved in the production start-up of the Enyaq in Mlada Boleslav as Skoda boss. “My thanks, therefore, go to my colleagues, who impressively demonstrate how we continue to drive forward the transformation at Volkswagen with speed and high quality.”

“What we need are parts, parts, parts,” explains Jens Rothe, Chairman of the General Works Council of Volkswagen Saxony. “The production record shows: If the supply situation allows it, the workforce can deliver. The demand for our products is unbroken, and we want to continue driving the Group’s electric targets forward.”

Since the market launch of the ID.3 in September 2020, already 500 000 models of the ID. family have been delivered to date. Around two-thirds of these come from the Zwickau production. Other MEB locations in Europe now include Mlada Boleslav (Skoda Enyaq and Enyaq Coupé) in the Czech Republic, along with Emden (ID.4) and Hanover in Germany with the ID. Buzz.

ID. Golf in the future

At the LA Motor Show, talking to the English car magazine Autocar, VW brand CEO Thomas Schäfer still had other news. He said Volkswagen would not be retiring the Golf name; instead, the model could become part of the ID. line-up of electric vehicles. The current eighth-generation VW Golf is due to retire around 2027-2028.

Schäfer said the firm would not be retiring the Golf name; instead, the model could become part of the ID line-up of electric vehicles. The current eighth-generation VW Golf is due to retire around 2027-2028.

The ID naming convention is here to stay, said Schafer, as it was already well known by buyers and is associated with electric VWs. “There is a connection with VW and ID, and there is no need to cancel ID,” he told Autocar. “We have iconic brand names, Golf and GTI. It would be crazy to let them die and slip away. So we will stick with the ID logic, but iconic models will carry a name, like the ID. Buzz already does. We would not let go of the Golf name, no way.”

Schäfer made it clear that the Golf would not replace the Volkswagen ID.3 and that the two models were considered separate cars in size and positioning. When asked if there was room for both, he confirmed and added: “The ID.3 has never been a successor to the Golf; it is more a Golf Plus.”

The future ID. Golf would then slot in between the upcoming ID.2 city car and the ID.3 in the future. Normally, it will sit on the SSP architecture, replacing today’s MEB EV platform in the future. But given the delays with the elaboration of the new platform and the acceleration VW is still giving the development of the MEB platform into other models, there’s a possibility that ID. Golf could still sit on the ‘old’ MEB architecture. How a GTI version would slot in here is still open for questioning.