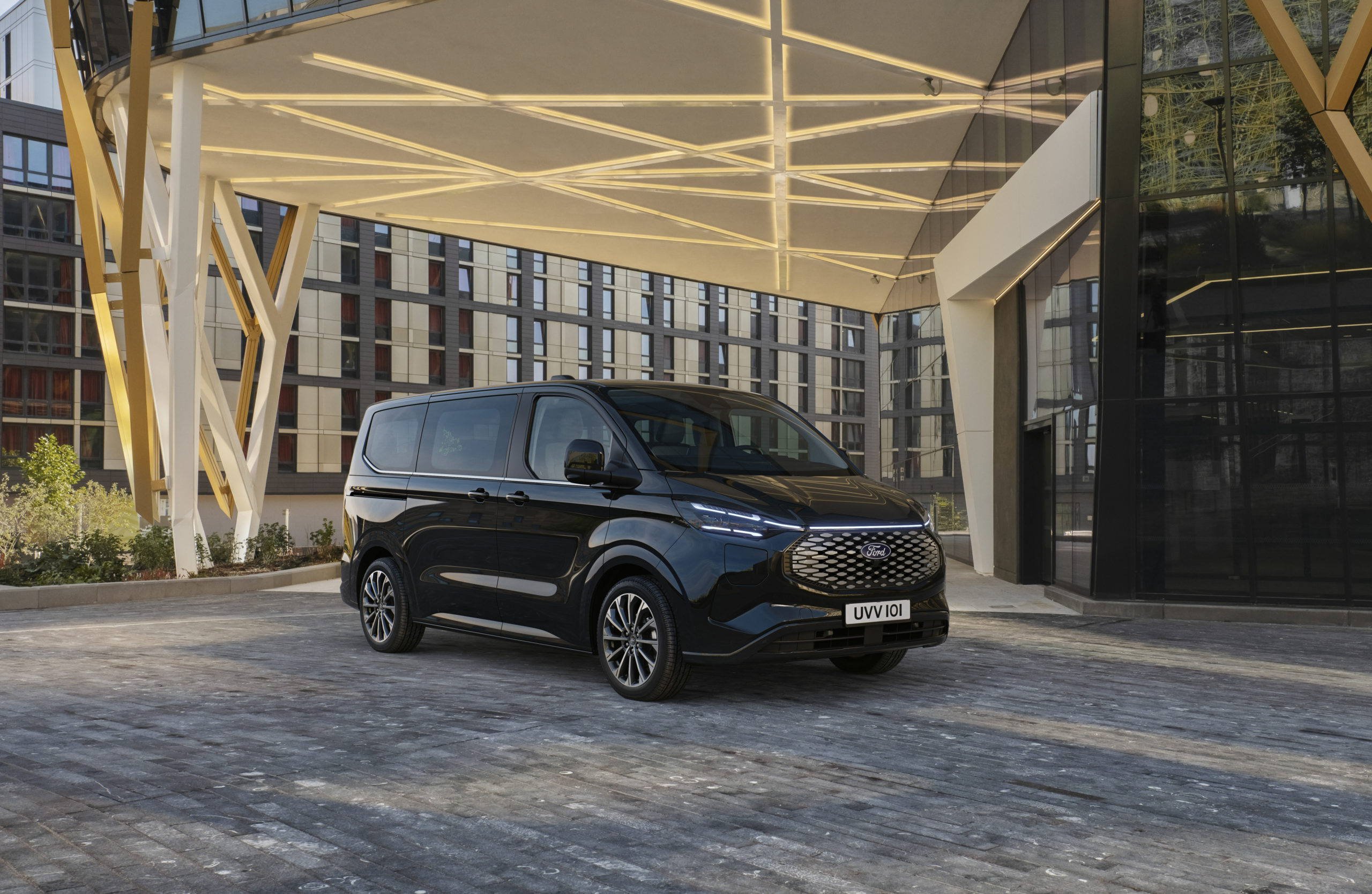 Ford has unveiled the passenger version of its E-Transit Custom, which gets the E-Tourneo Custom nameplate. The electric people carrier has up to eight seats, an electric range of 370 km, and offers more comfort and technology than before. PHEV and diesel versions are also available.

Like the E-Transit Custom, the E-Tourneo Custom gets a 74 kWh battery based on the F-150 Lightning‘s cell technology, which feeds a 160 kW (218 hp) electric motor on the front axle and gives the electric passenger van an estimated range of 370 km.

More comfort than before

With the technical data out of the way, Ford explains that it has improved the well-being of up to eight passengers on board with an enhanced independent rear suspension compared to the previous model.

Along come better aerodynamics, which should reduce road noise with the near-silent electric driveline. The lower roof also means that most E-Tourneo Customs can park in garages with a height limit of two meters.

Seating comfort has improved, too, with new, lighter seats on rails, which allows them to be positioned or removed at will. There’s a large panoramic roof on offer, while the (likely optional) electric sliding side doors have a hands-free opening function.

Climate control has up to three zones. There’s also a B&O audio system with fourteen speakers and a rear-mounted subwoofer, which should deliver a pleasant sound experience to all passengers.

Like its professional twin, the Ford E-Tourneo Custom features some practical details, such as the folding steering wheel, which doubles as a laptop stand or small table. Pro Power Onboard means a 2,3 kW power plug is in the front, while the folding towing hitch can tow up to two tons. Ford also promises a “significant payload capacity”.

Other driveline variants are available

Along with the E-Tourneo Custom, Ford is also launching other driveline variants for its passenger van. The PHEV version borrows the hybrid architecture from the Kuga, with a 2.5-liter combustion engine and an 11,8 kWh battery, with a fully electric range of “more than 50 km”.

Diesel powertrains are also available, with the 2.0 EcoBlue engine outputting 136, 150, or 170 hp, coupled to a manual six-speed or an eight-speed automatic. Four-wheel-drive is available for the first time on the 136 or 170-hp variants. European deliveries of the new Tourneo Custom should kick off around the summer of 2023.