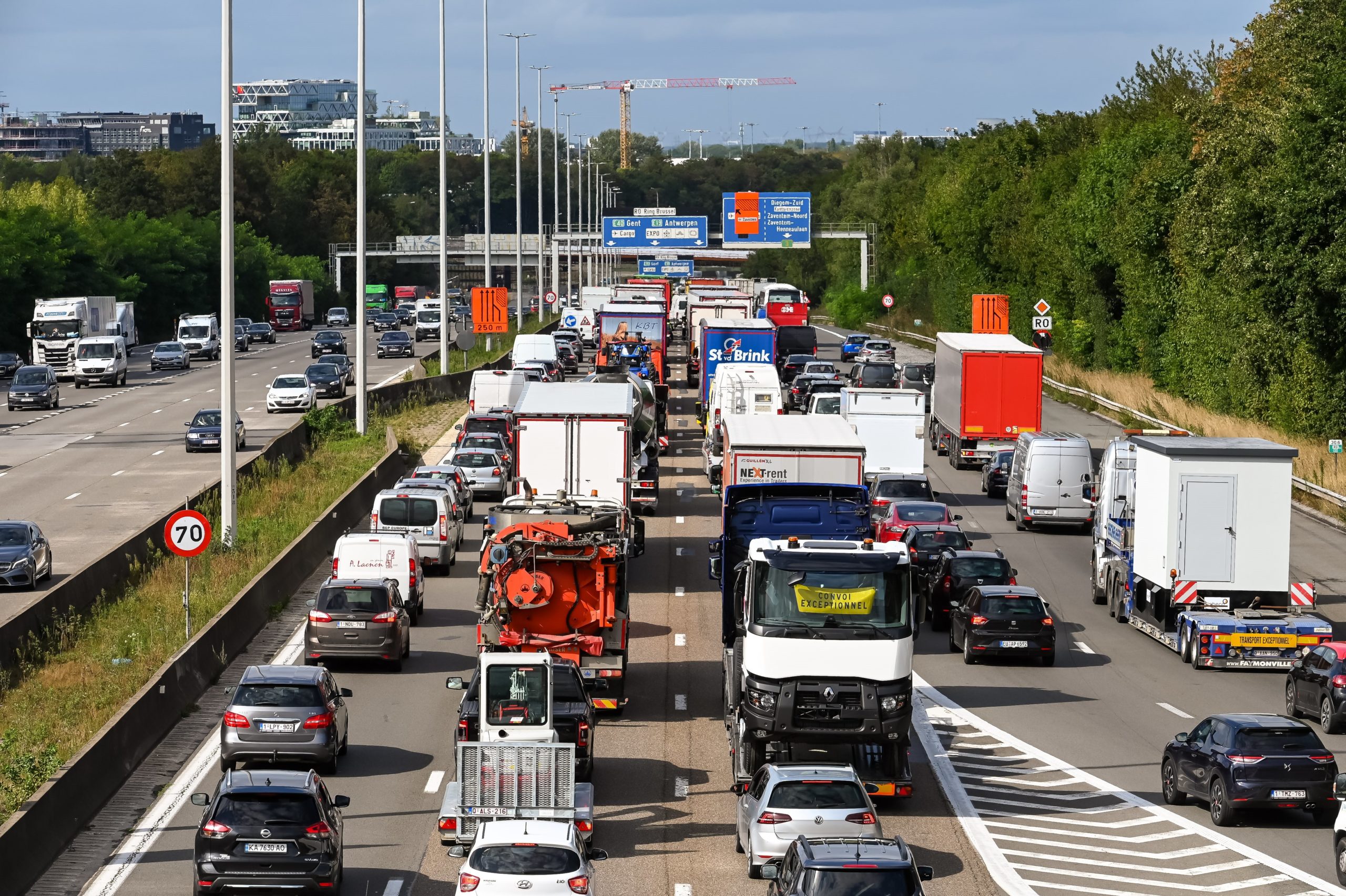 Despite the popularity of teleworking and the reduced number of cars on Flemish roads compared to pre-corona times, traffic congestion is worse than ever. That flared up the debate on the introduction of a kilometer tax for passenger cars and vans in the Flemish Parliament.

October 2022 was the second worst month regarding traffic jams since the beginning of Flemish Traffic Center’s registrations in 2011. The worst month ever was June 2019, with 1 108 kilometer-hour of congestion. (Lenght of jams multiplied by the length of time gives km-hour, indicating the gravity of the traffic situation, e.n.)

Apparently, traffic congestion has increased after corona, despite the peaking energy prices. Still, we all supposed traffic would reduce after corona and the established teleworking. Research has shown that more than 57% of Belgian employees still work from home: some full-time, others occasionally.

So, why the increase in congestion? The answer to that question is simple: commuting only accounts for one-third of all trips. The remaining two-thirds are related to services, leisure traffic, and van and truck transport.

All this has refueled the debates about kilometer tax in the Flemish Parliament. According to Flemish Mobility Minister Lydia Peeters (Open Vld), the question is not whether a kilometer tax should be introduced but when. Not before 2024, for sure, as it wasn’t incorporated into this government program yet.

The study has to analyze several scenarios, like the possible introduction of CO2 differentiation, as described in the new European toll directive, or an exemption for emission-free trucks, for instance.

The minister also wants to know the effect of extending the existing kilometer tax for trucks to vans without imposing additional taxes on economic activities.

Minister Peeters wants to incite the logistics sector to opt more often for inland shipping and railway transport. “The ‘wall of trucks’ on highways has to disappear,” she says.

The previous legislature already studied the extension of the existing kilometer tax for trucks to delivery vans but never introduced it. However, Minister Peeters pleads for introducing a ‘smart’ kilometer tax linked to a tax shift, focusing on the use of the vehicle, not on the ownership.