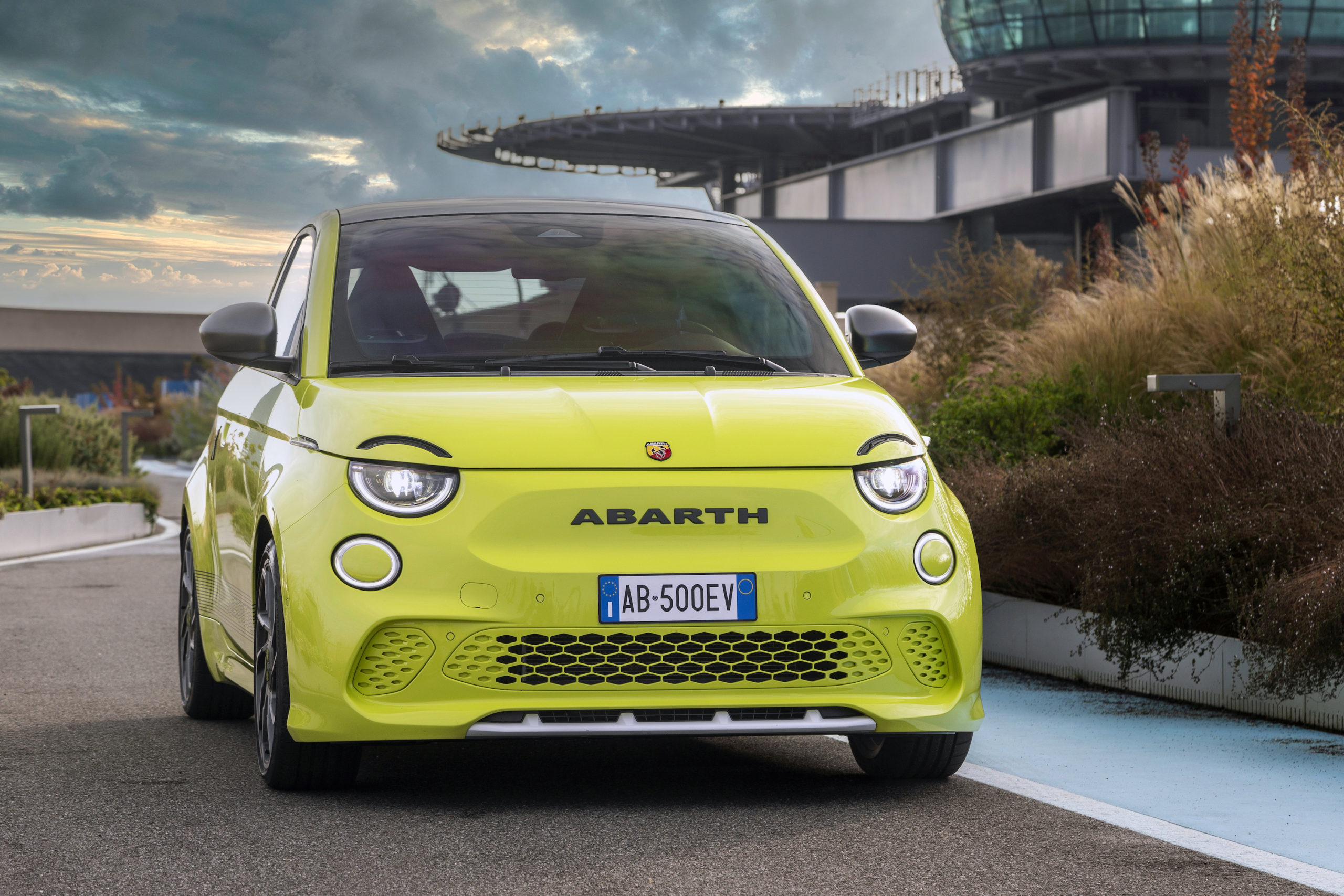 The new Abarth 500e features a sporty look, but doesn’t give its front bumper a contrasting look like its gas-powered counterparts /Abarth

Abarth has launched its first electric car with the Abarth 500e, which follows the recipe of its combustion brothers by giving the Fiat 500e more power and a sporty look. The brand has also solicited its community to develop some features, with members getting priority in the pre-order process in return for their efforts.

Abarth didn’t keep it a secret that it was working on its first electric model. The brand had asked its fan and owner community to choose a new sound profile and brand logo for its electric future.

The result is this Abarth 500e, a souped-up version of the electric Fiat 500, which hopes to invoke the same thrills – and sales figures – as the popular 595 and 695 models.

Faster in some ways

The first order of business is more power, which the Abarth 500e delivers: 155 hp compared to the 118 hp of the base model. That’s less than the up to 180 hp combustion models. Still, thanks to the lack of gearshifts, and the immediately available electric power, the new Abarth 500e accelerates just as fast as the gasoline models: 0-100 km/hour in seven seconds.

Pickup speeds and overtaking maneuvers should be even faster than the 595/695 models, thanks to the quick reaction speeds of the electric motor. In addition, an optional sound generator replicates the engine note of the Abarth gas-powered engines while driving.

Abarth also underlines the dynamic benefits of the electric architecture, with a low center of gravity, wider wheelbase, and better weight distribution.

However, the battery stays the same as in the Fiat version, with a 42 kWh pack, of which 37,3 kWh is usable. No official range figures yet, but we would expect a slightly lower figure in the Abarth than the 320 km WLTP range of the Fiat 500e.

In terms of looks, the Abarth 500e debuts the new, modernized Scorpion emblem, placed higher than before. In addition, the sporty front bumper gives it a slightly more aggressive look and is in contrast to the 595/695 models, almost entirely painted in the body color, except for a small lower section.

More prominent side skirts are also present, as is a small faux diffusor on the back. The Abarth 500e seems to ride a bit lower than its Fiat counterpart, which makes its 18-inch wheels fill the arches nicely.

On board, the Abarth 500e gets a new sports steering wheel with Alcantara grips, a weave pattern on the dashboard, sports seats, and Acid Green and Poison Blue accents throughout the cabin. In addition, the graphics of the digital dashboard and central infotainment screen have also been adjusted to match the brand’s color scheme.

The Abarth 500e will debut with a limited launch edition called Scorpionissima, available in either the Acid Green paintwork or a Poison Blue body color.

Every option is ticked on the Scorpionissima model, and it will get a production run of 1 949 models, referencing the brand’s birth year as a hatchback or a convertible.

Abarth community members get a month’s head start to pre-order the new model, after which the general public will be able to order one by the end of the year. Prices have not yet been announced.