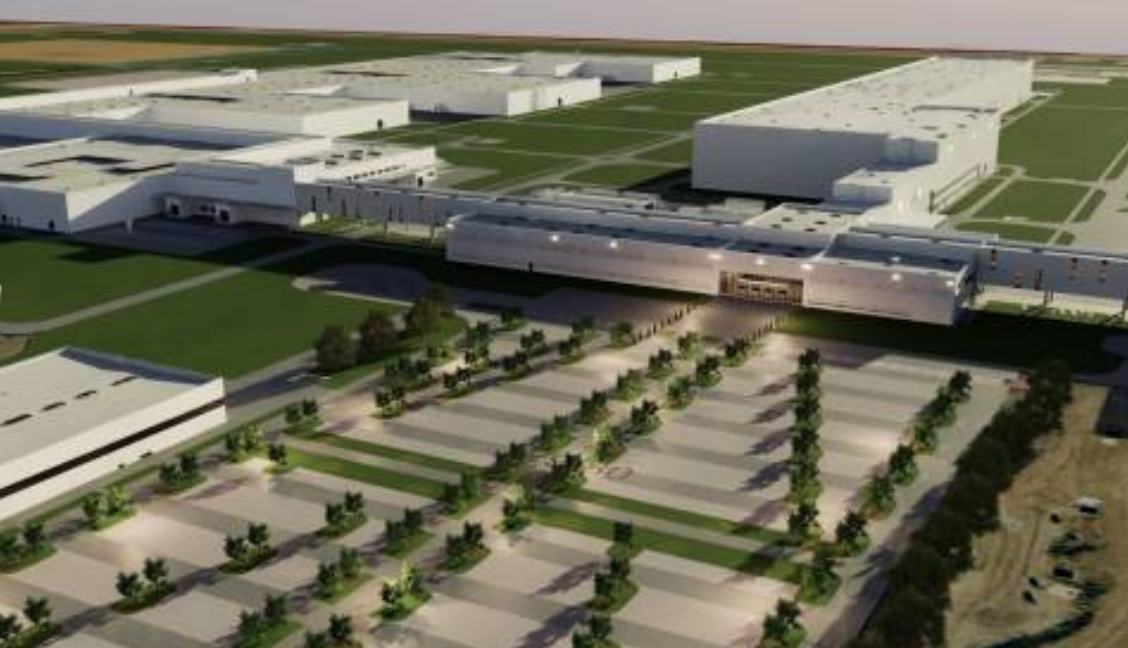 By 2025, the new BMW plant in Debrecen (Hungary) will not only produce EVs of the ‘New Class’, it will also assemble the battery packs /BMW

BMW has announced that it will build assembly lines for the high-voltage batteries next to the new vehicle plant in Debrecen, Hungary. The first construction work is already underway, and the production of the battery packs will begin in parallel with vehicle production of the New Class, ‘die Neue Klasse’.

As reported, the vehicle plant itself has been under construction since June 2022. The first models planned for the New Class are an electric limousine and an SUV the size of a BMW 3 Series. A complete vehicle plant with a press shop, body shop, paint shop, and assembly is being built on more than 400 hectares northwest of the Hungarian city of Debrecen. The capacity is around 150 000 units per year.

When the first vehicles roll off the production line in 2025, they will thus be equipped with battery packs that were also manufactured in Debrecen. According to BMW, 500 jobs will be created in the new high-voltage battery assembly by 2025.

The Group only states that it will invest more than €2 billion in the construction and commissioning of the entire plant by the end of 2025 and doesn’t give any details about how much the new battery assembly section will cost.

“We are recruiting new colleagues locally, and from all over Hungary, so we can build the future of BMW Group Plant Debrecen together,” explains Hans-Peter Kemser, President and CEO of BMW Manufacturing Hungary Kft. “The plant, together with local partners in education, will launch a dual education program in autumn 2023 at its in-house Training Center.”

From prismatic to round cells

It’s already been confirmed for a while that the battery packs produced in Debrecen will differ from the batteries of the current BMW electric cars (with the so-called ‘fifth generation’ batteries). BMW is switching from prismatic battery cells to round cells for the New Class battery generation 6.

“The battery is decisive for the competitiveness of electric vehicles. With the next generation of batteries for the ‘Neue Klasse’, the range will improve by up to 30%, and the charging speed will be up to 30% faster,” BMW promises.

In addition, the batteries will be designed for a system voltage of 800 Volts, whereas the current BMWs still operate at 400 Volts. Furthermore, these battery packs will dispense with modules and be built according to the ‘pack-to-open-body concept’, or ‘cell-to-pack’, as other (battery producing) companies call it, for example, CATL and BYD.

In its latest press releases, BMW does not give any further details on the packs that will be built in Hungary. But BMW’s board member for development, Frank Weber, recently did. The ready-to-install battery packs are to have an energy content of between 75 and 150 kWh, depending on the model. The round cells will have a diameter of 46 millimeters, and the packs will be 95 millimeters high in the sedans and 120 millimeters high in the electric SUVs.

Battery cells from the neighbor?

It is not yet known which cell manufacturer will deliver the round cells that BMW employees will then process into battery packs. BMW confirmed contracts with CATL and Eve Energy in September and Envision AESC in October. However, they likely come first from CATL, as there wouldn’t be a big transport: the Chinese battery giant is also building a large battery factory in Debrecen. It’s already foreseen that this factory will also produce cells for Mercedes-Benz.

“In Debrecen, we are building the most advanced plant in the world. With our iFactory, we are setting new industry standards for vehicle production. Our investments underline our systematic approach to implementing e-mobility,” says BMW Board Member for Production Milan Nedeljković.

Markus Fallböhmer, Head of Battery Production at the BMW Group, added: “The BMW iFactory is also about ensuring short distances for logistics. The close link between battery assembly and vehicle production is part of our strategy.”