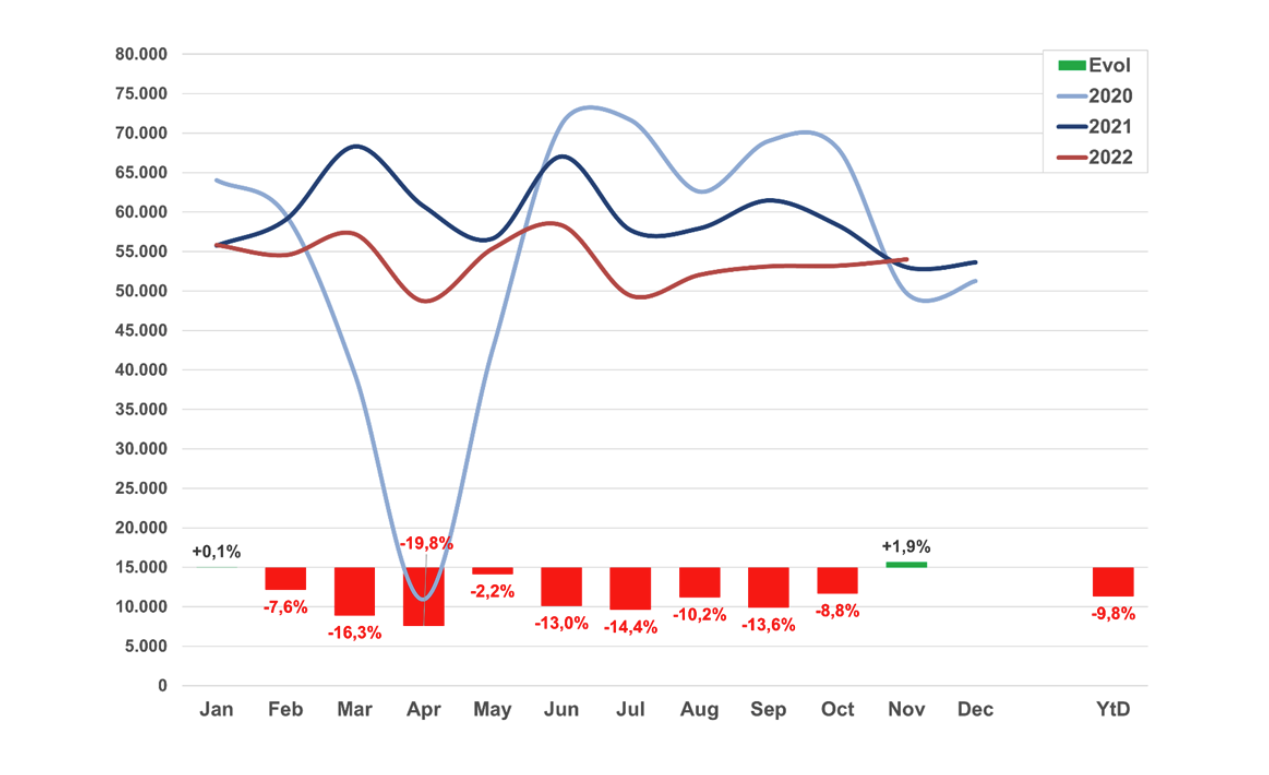 For the first time since January, sales figures for the second-hand car market were positive in November, Traxio announced. Last month, 53 996 used cars were registered, 1,9% more than in 2021. Still, the second-hand market remains down -9,8%, with a cumulative loss of -64 261 vehicles compared to last year.

Also, the market for new passenger cars is doing well again, with positive sales figures for four consecutive months. In November, 29 778 new cars were registered, an increase of +23,4% compared to twelve months ago. Still, we see a decline of -5,8% compared to 2021.

Filip Rylant, spokesperson for Traxio: “Consumer confidence remains low, and the cost of living remains high, while the energy crisis and the ongoing conflict in Ukraine are no positive signals. We see more cars coming onto the second-hand market because more new cars are delivered, so more used cars will become available for resale.”

“The positive trend of the new vehicles can be explained by the fact that certain brands have had more availability since the summer and can deliver more easily despite the current problems in the logistics chain,” Rylant continues. “However, these rising figures are still insufficient to fully compensate for the loss before the summer.”

On the second-hand market, there’s a further decline in diesel cars (39,7% diesel cars vs. 52,7% gasoline cars). The number of hybrid vehicles increased to 5,7%, and the number of registered electric cars is 1,4%.

When it comes to new cars, meanwhile, 43,9% of electrified vehicles were registered; diesel cars hardly represent 14,8% of newly registered vehicles.

Flanders is the most important region for the registration of second-hand cars (53%), compared to Wallonia (37%), and Brussels (10%). The second-hand market is mainly a private activity: 89% of registrations were made by private individuals.