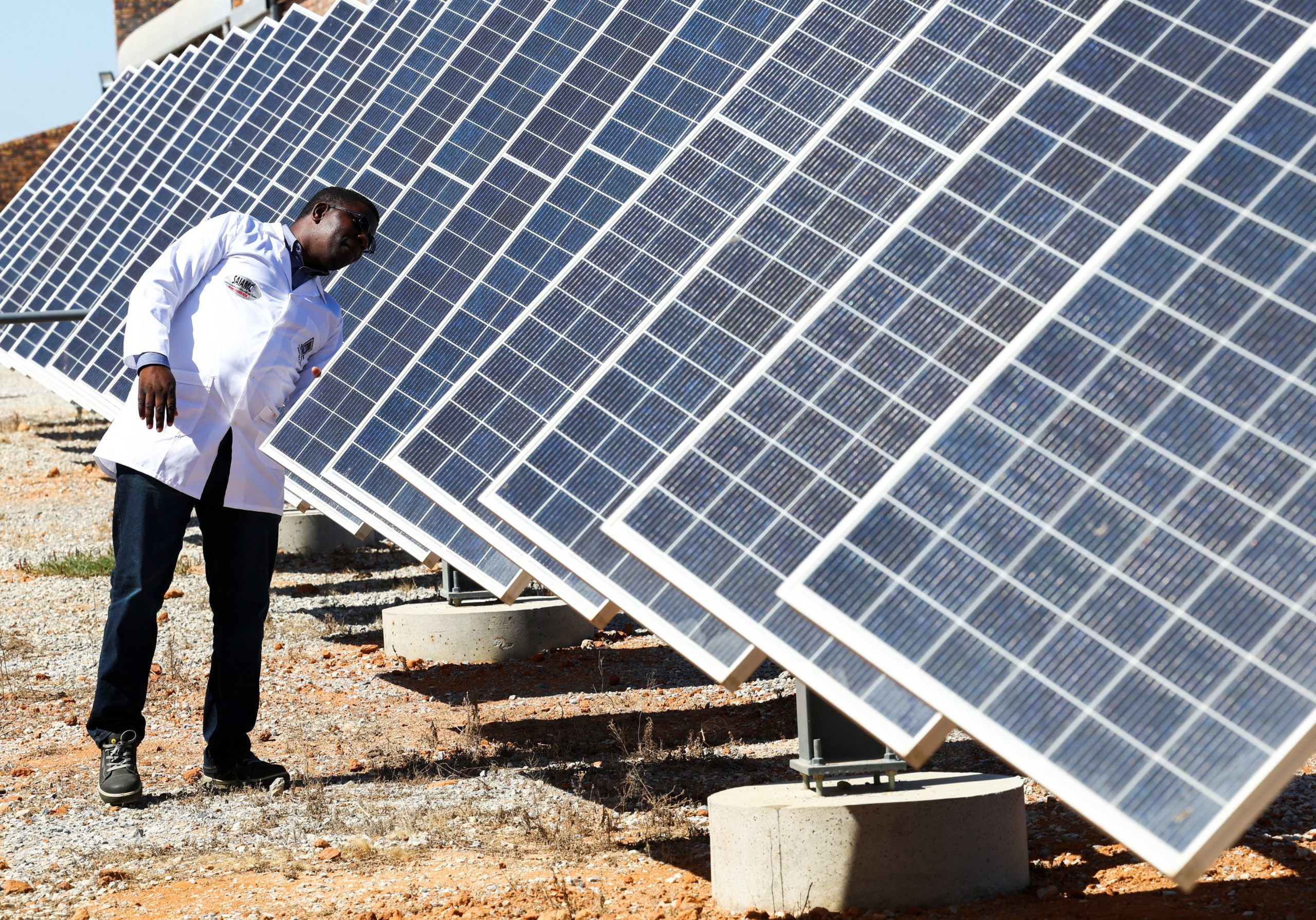 Dr Stanford Chidziva, acting director of Green Hydrogen, looks at the solar panels at the site with the first proof of concept of green hydrogen production facility in Vredendal, South Africa /Reuters

According to the European Investment Bank (EIB), Africa can earn a trillion euros annually from the production of green hydrogen from 2035. This hydrogen can be produced without CO2 emissions using solar energy and transported abroad.

The ‘Africa’s Extraordinary Green Hydrogen Potential’ report, analyzing Africa’s green hydrogen potential, was commissioned by the European Investment Bank, the International Solar Alliance, and the African Union, with the support of the Government of Mauritania, HyDeal, and UCLG Africa.

According to the report, Africa has the best solar energy in the world. Transforming solar power into green hydrogen can strengthen energy security, cut emissions and pollution, and decarbonize industry and transport.

“Pioneering African countries such as Mauritania are showing the way, proving that Africa can help the world with green hydrogen – ensuring for itself a future of industrial development, fast and clean growth for all,”

The study highlights that solar power green hydrogen is economically viable and can be produced at less than two euros per kilogram, cheaper than traditional fossil fuel energy, and cater both to local energy demand and allow green hydrogen to be exported to global markets. This is equivalent to energy costs of USD 60 a barrel.

The new analysis estimates that green hydrogen investment could reduce carbon emissions in Africa by 40%, replacing 500 million tons of CO2 a year.