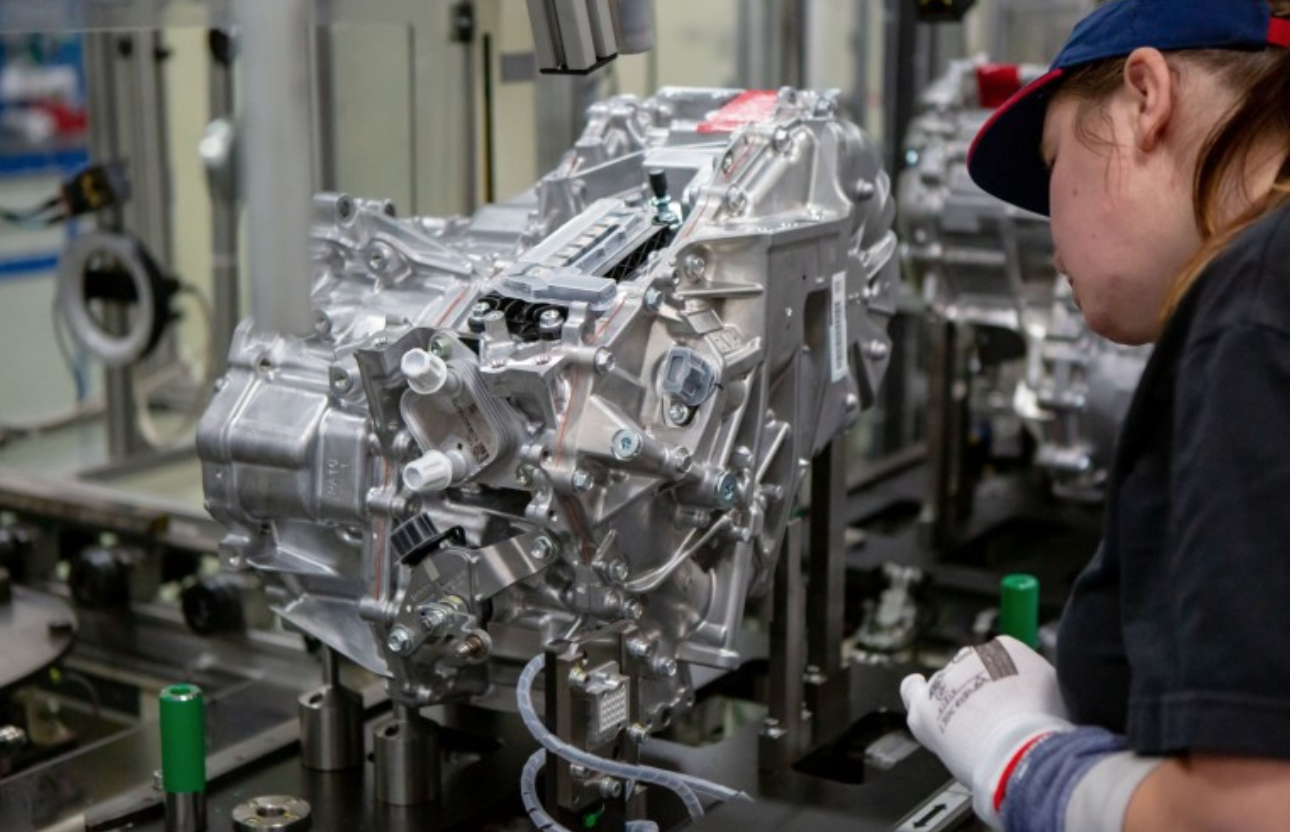 Toyota has announced a €77 million investment for producing fifth-generation hybrid powertrains at its Poland and UK plants. The powertrain will be built in the UK and Turkey and used for the first time in the new Corolla.

According to Toyota, the fifth-generation hybrid system features “lighter, more compact, and more powerful electric motors” that increase the electric drive ratio in the hybrid system. The system power is 103 kW.

TMMP produces hybrid electric transmissions, including the MG1 and MG2 motors, integral electrical components of the hybrid transmission. These products will be combined with the new 1.8-liter gasoline engine produced at TMUK to form the 5th generation hybrid electric powertrain.

The MG1 is an auxiliary motor, a ‘generator’ that acts as a starter for the gasoline engine, generates electricity to power the MG2 motor, and charges the battery.

The MG2 is the main electric motor that drives the wheels using the current generated by the MG1 and the battery. It also recoups part of the kinetic energy generated by braking and deceleration.

“This 5th generation Toyota hybrid technology has lighter, more compact, and higher-powered electric motors, which increases the electric drive ratio in the hybrid system. As a result of improved engine calibrations, the vehicle has more power, better overall performance, and drivability resulting in lower CO2 emissions for the 1.8-liter version. The total power of the hybrid drive system with the 1.8-liter engine is 140 hp, reducing the 0-100 kph acceleration time by 1,7 seconds to 9,2 seconds,” says the official press release.

During this time, Toyota Motor Europe accelerated its hybrid technology investments. The overall electrified mix in Toyota’s total European sales has grown from 30% to 66% in the last four years.

“Toyota’s affordable, low-emission hybrid electrified vehicles have an important role to play in our pan-European multi-technology strategy, which seeks to help everyone lower their carbon emissions,” says Marvin Cooke, EVP for Manufacturing at Toyota Motor Europe.

“Hybrid technology now features in 70% and 85%, respectively, of the engines and transmissions produced at TMMP and TMUK, reflecting the ever-growing customer demand for Toyota hybrid products.”

With these investments, Toyota is once and again confirming its belief in the hybrid powertrain, despite the trend (and the push by the authorities) toward full electrification. Subsidies and incentives for hybrids (mostly plug-ins) are coming to an end, but Toyota continues to invest in its hybrid technology.

Its boss in this certainly backs it. Toyota President Akio Toyoda said very recently he believes that most of the auto industry doesn’t think EVs are the only way forward, even as policies banning gasoline car sales and propping up EVs make an all-electric future seem inevitable.

“That silent majority is wondering whether EVs are OK to have as a single option. But they think it’s the trend, so they can’t speak out loudly,” he argued.

Analysts wonder who the people in this ‘silent majority’ are, as many car CEOs have emphasized their accelerated transition into (full) electrification.