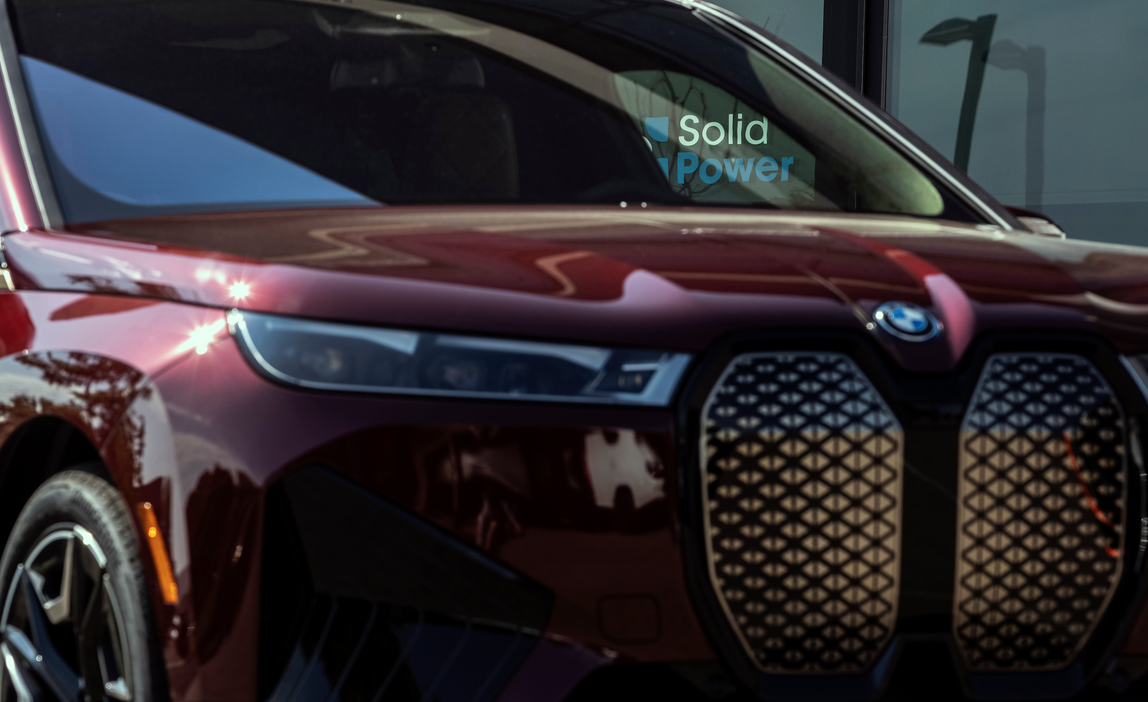 BMW wants to produce solid-state battery cells in its own pilot plant in Germany based on the design of technology partner Solid Power. To this end, the Munich-based carmaker has obtained a research and development license from the US company.

“Solid Power, Inc., an industry-leading developer of all-solid-state battery and sulfide-based electrolyte technology, today announced it has deepened its partnership with the BMW Group,” says a press release from the American company.

Once BMW Group has established its pilot plant, Solid Power intends to supply its electrolyte material to the carmaker to produce the prototype cells. In return, the BMW Group will pay Solid Power a total of $20 million until June 2024 – provided that the mutually agreed milestones are achieved.

The expanded relationship is expected to bring “significant benefits” to both companies. Solid Power speaks of “complementary cell development and manufacturing activities” that both partners intend to realize to further improve the performance of Solid Power’s technology. The license granted relates to “the design and manufacturing know-how about solid-state cells”.

Frank Weber, R&D head of BMW AG, said in the Solid Power announcement that “BMW remains committed to the pursuit of all-solid-state batteries, a technology which we believe has significant potential for the future.”

“We look forward to working even more closely with Solid Power and adding the capability to produce solid-state cells based on Solid Power’s designs at our own pilot facility. We expect this agreement to accelerate the installation of our solid-state prototype line and our companies’ mutual goal of commercializing this promising cell technology,” he added.

In recent months, Solid Power has begun manufacturing its first electric car cells and shipping 20 Ah cells to partners, including BMW, for initial testing. Ford is also among the interested parties.

In the summer, Solid Power announced that it had completed the installation of its own pilot production line. This will automatically produce all-solid-state battery cells with the company’s own sulfide-based solid electrolyte material.

At full capacity, the pilot line is expected to be able to produce about 15 000 cells per year. Series production is expected to start in 2026, according to earlier information.

The company gave details of its solid-state battery platform in May last year. Conventional NMC cathodes are used. In combination with a silicon anode and a solid electrolyte, Solid Power wants to build a cell with a gravimetric energy density of 390 Wh/kg. If a lithium metal anode is used instead of the silicon anode, the cell (still with NCM-811 cathode) has an energy density of 440 Wh/kg.

Meanwhile, BMW has secured lithium from Austria. European Lithium’s raw materials company has signed a binding long-term purchase agreement with BMW for battery-grade lithium hydroxide from its Wolfsberg lithium project in Austria. However, the company has not yet given any details on the purchased quantity and the timeframe.

BMW will make an advance payment of $15 million to European Lithium, which will later be offset against the lithium hydroxide delivered to BMW.