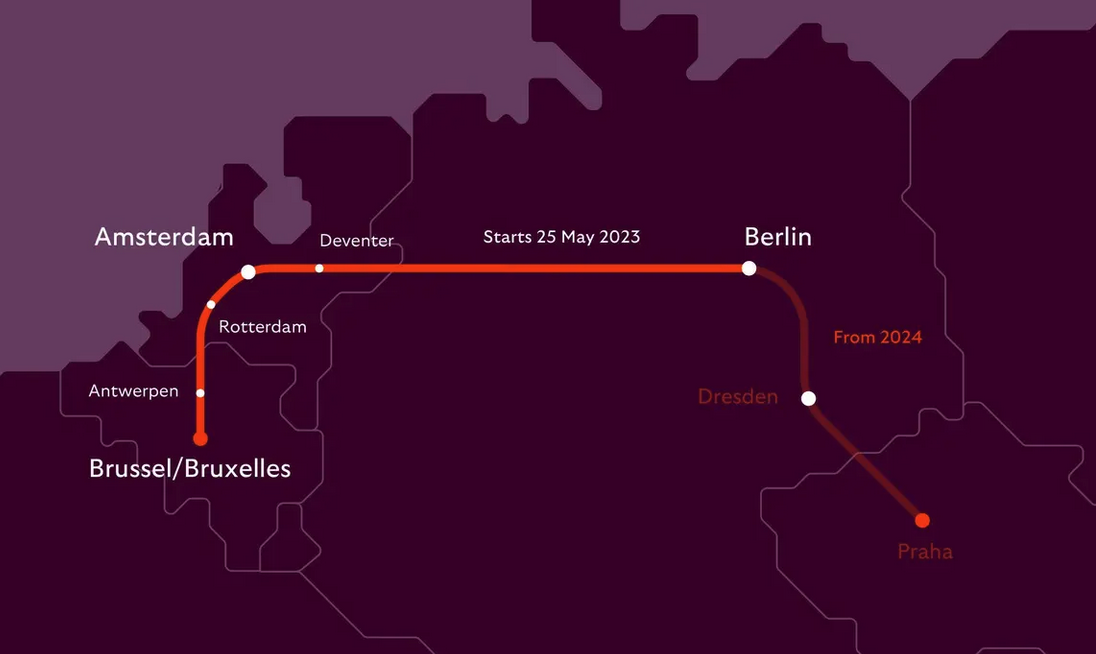 The European Sleeper will connect Brussels and Berlin, and in time, the train service will be extended to Dresden and Prague /europeansleeper.eu

European Sleeper, the Dutch-Belgian night train service announced in February 2021, will be operational in May 2023. The train will connect Brussels, Amsterdam, and Berlin and be available three times a week in both directions.

The maiden trip is planned for May 25th, departing in the German capital at 10:56 p.m. and arriving the following day in Brussels at 9:27 a.m. The Berlin-Brussels connection will be available on Sunday, Tuesday, and Thursday; traveling in the opposite direction, from Brussels to Berlin, will be possible on Monday, Wednesday, and Friday.

The first trip from Brussels to Berlin is planned for May 26th, departing at 7:22 p.m. and arriving in Berlin Hauptbahnhof early at 6:48 a.m. The train stops in Antwerp, Roosendaal, Rotterdam, Den Haag, Amsterdam, Amersfoort, Deventer, Bad Bentheim, and Hannover.

In time, the train service will be extended to Dresden and Prague, and from 2024, the initiators hope to go from three journeys a week to a daily connection.

European Sleeper will start its service with rented carriages but wants to invest in its own carriages in the short term. Finding the necessary carriages is the most challenging aspect of setting up a new night train connection, the initiators say.

European Sleeper earlier announced plans for night trains to the French ski resorts and Barcelona, but no details have been revealed so far. The company previously merged with the Belgian night train initiative Moonlight Express.

European Sleeper is an initiative started by two night train enthusiasts, Elmer van Buuren, who has been working for the Dutch public rail company NS and is now active at the Dutch organization Train2EU, and Chris Engelsman, the manager of the noordwestexpress.nl website.

What they like about a night train connection is that “you board in the evening, sleep in a proper bed, and in the morning, you wake up in another world, ready to explore”.